Neoperlops binodosa   Wu, 1973 was transferred to Neoperla   by Du et al. (1999), but its status is still questionable because of the unknown male aedeagus ( Du et al. 1999; Yang and Li 2018). We transfer N. binodosa   to Phanoperla   and synonymize it with P. pallipennis   (Banks, 1938) on the basis of the identical male terminalia and main aedeagal armatures (compare Zwick 1982: fig. 10a, d with Fig. 5 View Figure 5 ). The subgenital plate of female specimens agrees well with the original description and figures by Wu (1973), being scarcely produced and without an apical notch (Fig. 6 View Figure 6 ), which differs from the female paratypes of P. pallipennis   . Therefore, we propose that female specimens in IZCAS may be not conspecific with male specimens and may even not belong to the genus Phanoperla   . The female subgenital plate of Phanoperla   is usually slightly produced and typically bilobed, with a sausage-like or balloon-like spermatheca ( Sivec et al. 1988; Cao and Bae 2009). Consequently, we boldly postulate that this female is Neoperla   sp., because of the barely produced subgenital plate and a coiled spermatheca which is common in Neoperla   . Unfortunately, the female specimens in the IZCAS are badly damaged and should be confirmed by new studies. 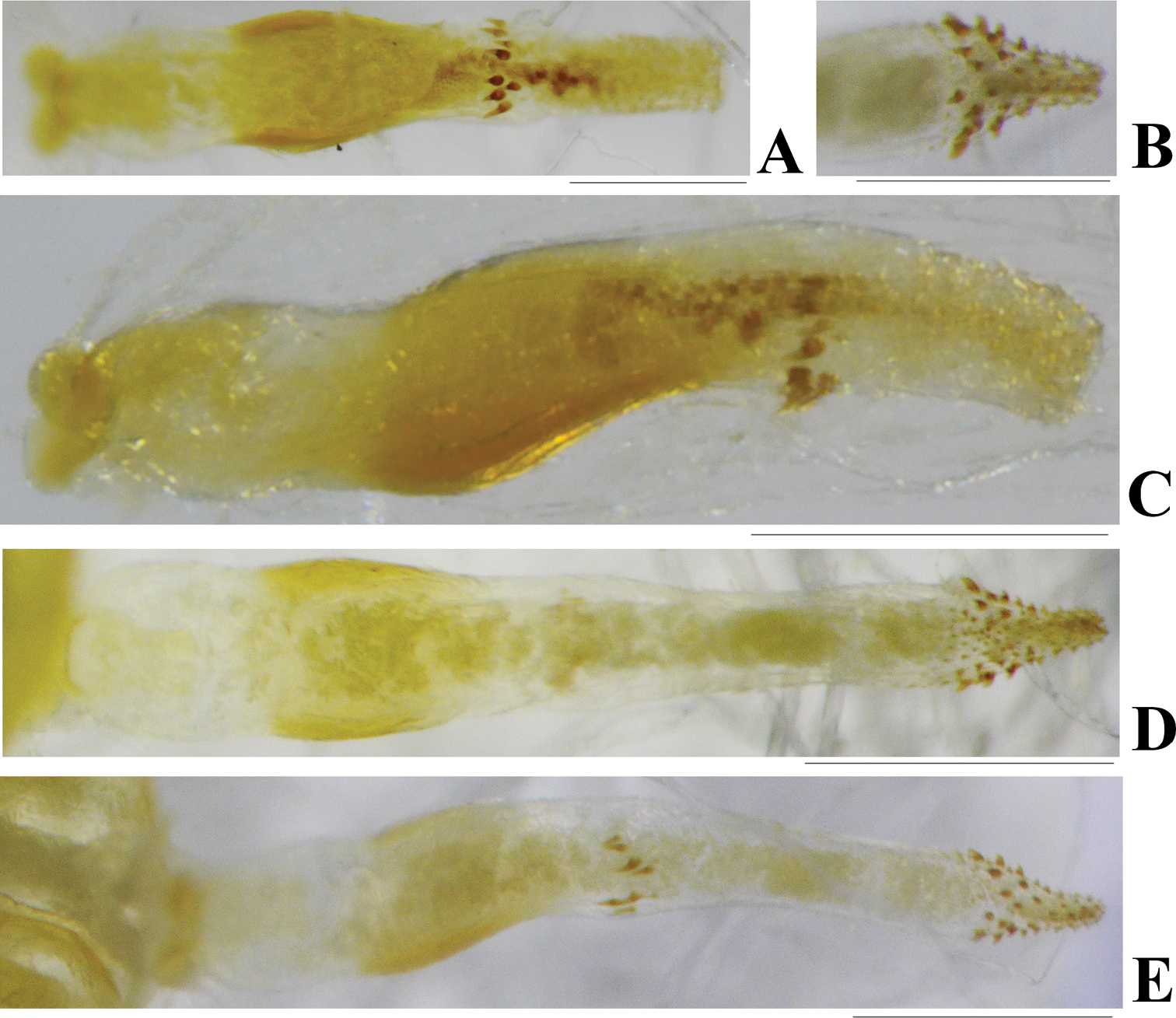 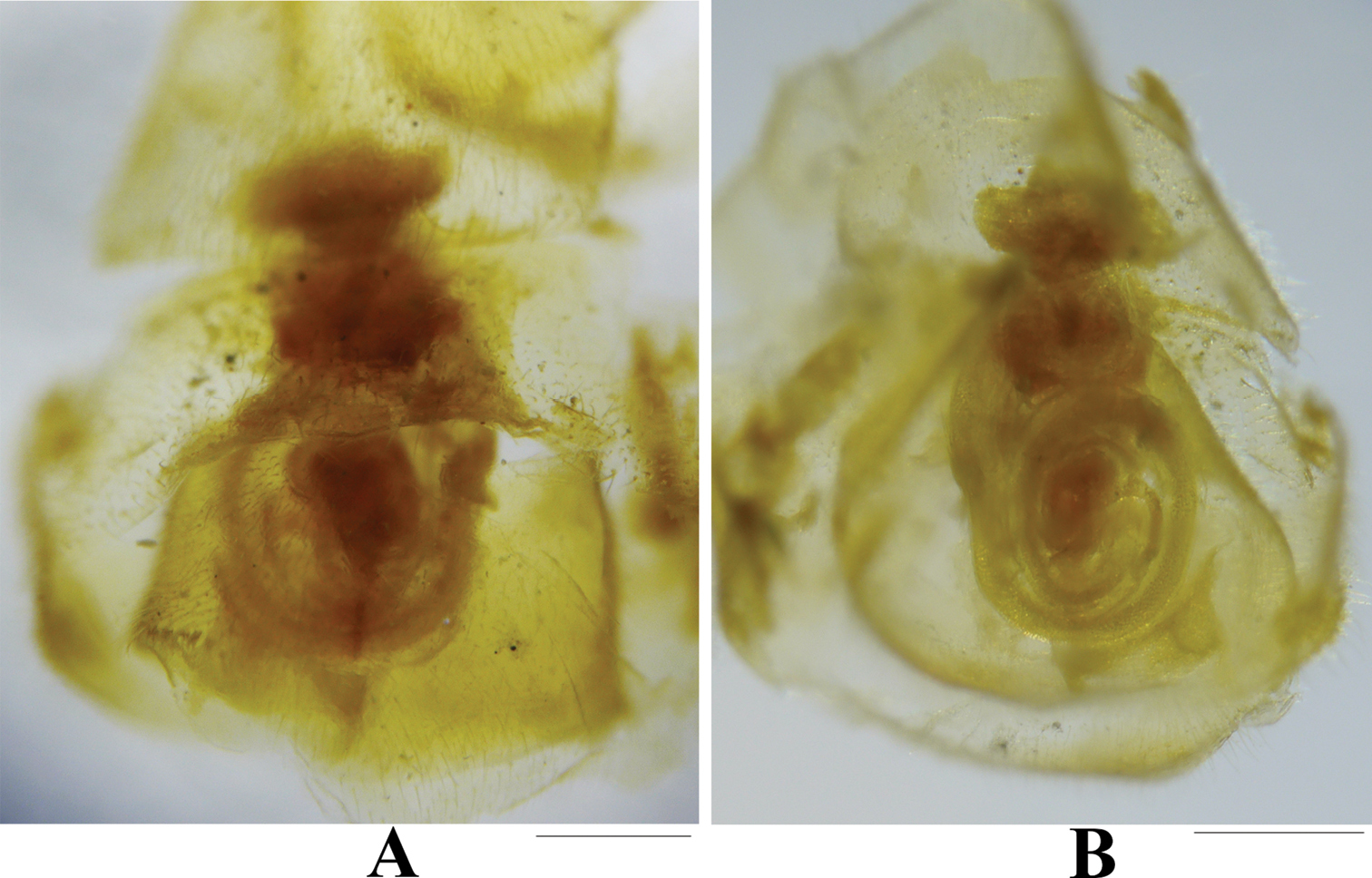