In the southern Levant found exclusively in sandy shore habitats along the Mediterranean Sea. Larval development takes place a few centimeters above the mean sea level, just above where most of the waves break ( Valdenberg 1983), though larval holes are occasionally flooded by seawater. The nominate subspecies is found in both coastal and inland habitats ( Cassola and Jaskuła 2004). Attracted by light (own observation).

Adults from the beginning of May until mid-November ( Valdenberg 1983). Few adults also from March onwards ( Matalin and Chikatunov 2016; Nussbaum 1987). The larvae overwinter mostly as second and third instars (and rarely also first instars). Egg laying begins immediately with the appearance of the adults in spring, and in certain years a few individuals may complete an entire life-cycle in the same summer, though most do not ( Valdenberg 1983).

Mandl (1981a) described the taxon Cylindera valdenbergi   from Ma’agan Michael as a subspecies. It is characterized by the excessive pale elytral pattern (Figs 31 View Figures 29–32 , 32 View Figures 29–32 ), though there is some variation in the pattern between individuals. However, the pale elytral coloration differs even within the nominate form strongly. Some populations from the Caspian Sea show similar elytral pattern as Cylindera valdenbergi   (cf. Mandl 1981a; Werner 1992). Mandl mentioned in his description small differences in the copulatory pieces of the median lobe of aedeagus. As we believe this character is still not sufficiently studied. But the material we studied let us assume that Cylindera valdenbergi   differs from the nominate subspecies at least in the proportion and shape of the pronotum and the elytra (Fig. 29 View Figures 29–32 ). We recommend conducting a detailed study, including morphometric and molecular methods, to clarify the status of both taxa. Ptashkovsky (2013) includes a photograph of " Lophyra contorta valdenbergi   ", but the shown specimen belongs to the nominate subspecies of Cylindera contorta   (cf. Fig. 29 View Figures 29–32 ), and with all probability the photographed specimen was not collected in Israel.

Critically endangered in Israel. Tiger beetles of coastal habitats tend to be very sensitive to touristic use of beaches ( Aydın et al. 2005; U.S. Fish and Wildlife Service 2009). Most of the Israeli beaches which are known to host this species are intensively used as recreational areas, and therefore at least many of the populations have gone extinct. As a metapopulation structure may be possible in this species, the decrease in some populations can have a tremendous effect on the survival of the entire subspecies. Matalin and Chikatunov (2016) stated that the latest records date from the late 80s to the 90's of the last century, and our most recent records are from 2003 (Shefeh Na’aman Nature Reserve, COQ). As the entire world population of this taxon is located in Israel (the majority of the known populations) and in Egypt, these countries bear the responsibility for the worldwide preservation of this subspecies. 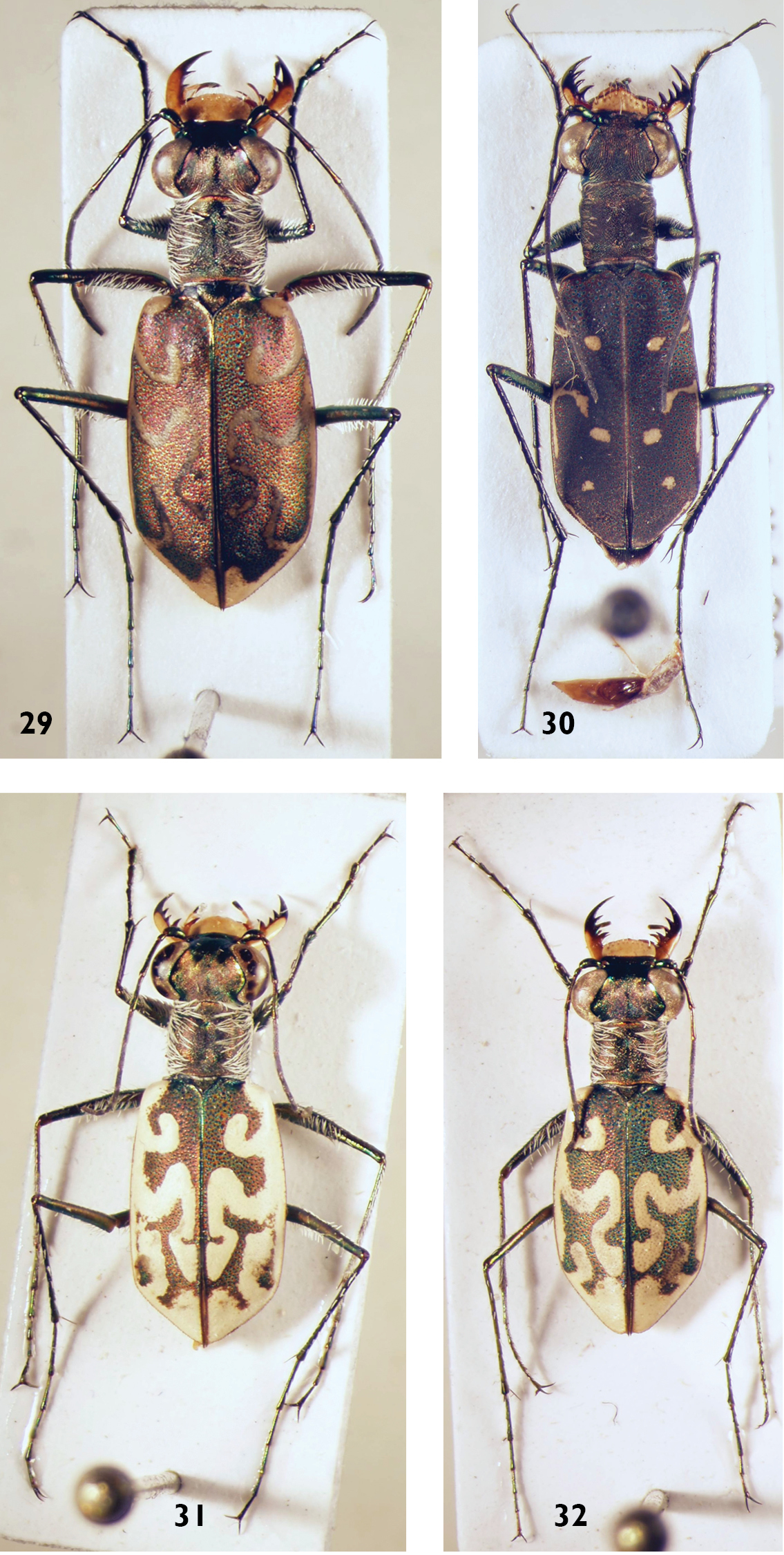