Comments. This species is known mainly from eastern North America (Mound & O’Neill 1974), although a few individuals have been recorded from Panama, Hawaii  , Australia and India, and a single male specimen is here recorded from Malaysia. In both sexes the pronotum bears strong lines of sculpture that form an hour-glass shape ( Fig. 5View FIGURES 1–6; see also Figs 8 & 10View FIGURES7–13 in Mound & O’Neill, 1974). In contrast, the sculpture lines of the new species described below are both considerably weaker and more extensive. 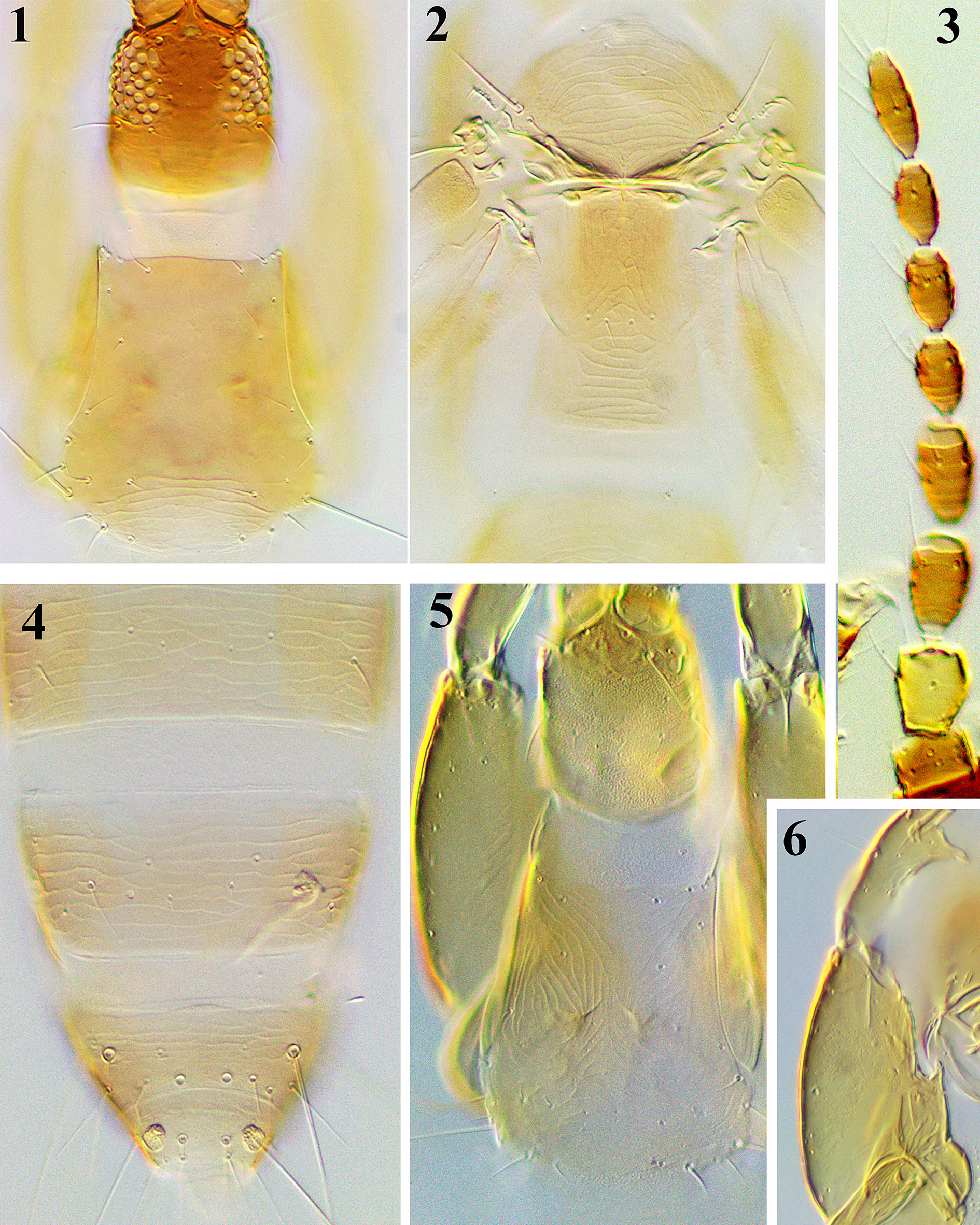 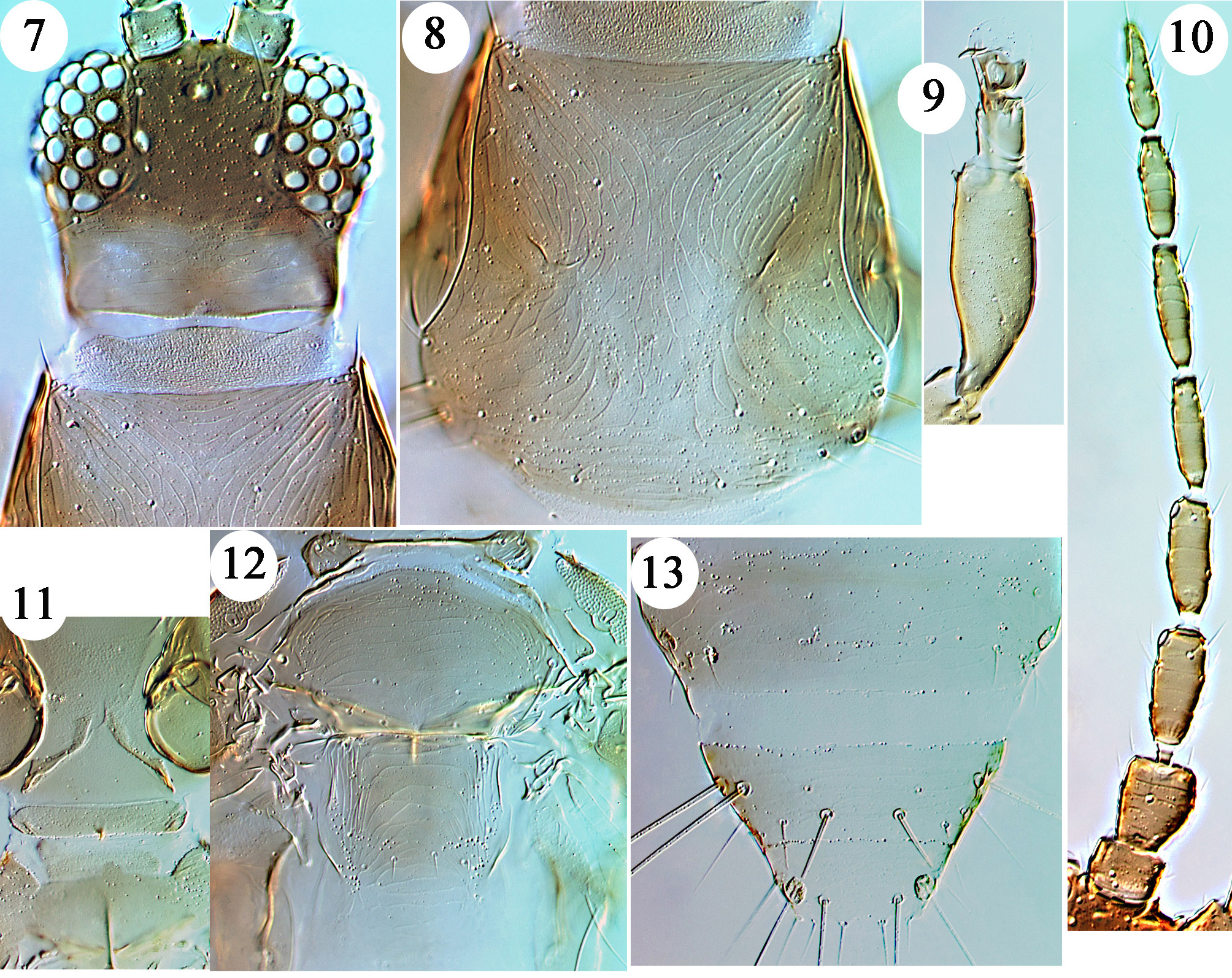