In a survey on mesostigmatic mites associated with some insects in northeastern Iran, some deutonymph specimens of an unknown species of Halolaelaps   were collected. This species was unique within the known species of the genus until that time by presence of only two pairs of modified setae pv on coxae II-III, but we did not described the species as new for science because its adult stages, especially adult females, had not been collected in that research. Trach (2016) redescribed adults of H. saproincisus   and also described its deutonymphs for the first time. Comparison of the deutonymph specimens collected in Iran and that of H. saproincisus   described by Trach (2016) indicated their conspecificity. However, Iranian deutonymphs of the species have a more concave anterior margin of sternal shield ( Fig. 1 View Figures 1–2 ). On the other hand, Trach (2016) reported phoretic deutonymphs of the species only in association with Aphodius fimetarius   (L.) ( Scarabaeidae   ), but the deutonymphs in this study were removed from three different species of Scarabaeoidea and also an unidentified species of Staphylinidae   beetles. It should be noted that about 20 years ago, Mossadegh (1997) reported an uncertainly identified species of Halolaelaps   as H. cf. saproincisus   from bee hives ( Apis mellifera   L.) in northwestern Iran, but that species never identified certainly and recorded from Iran. 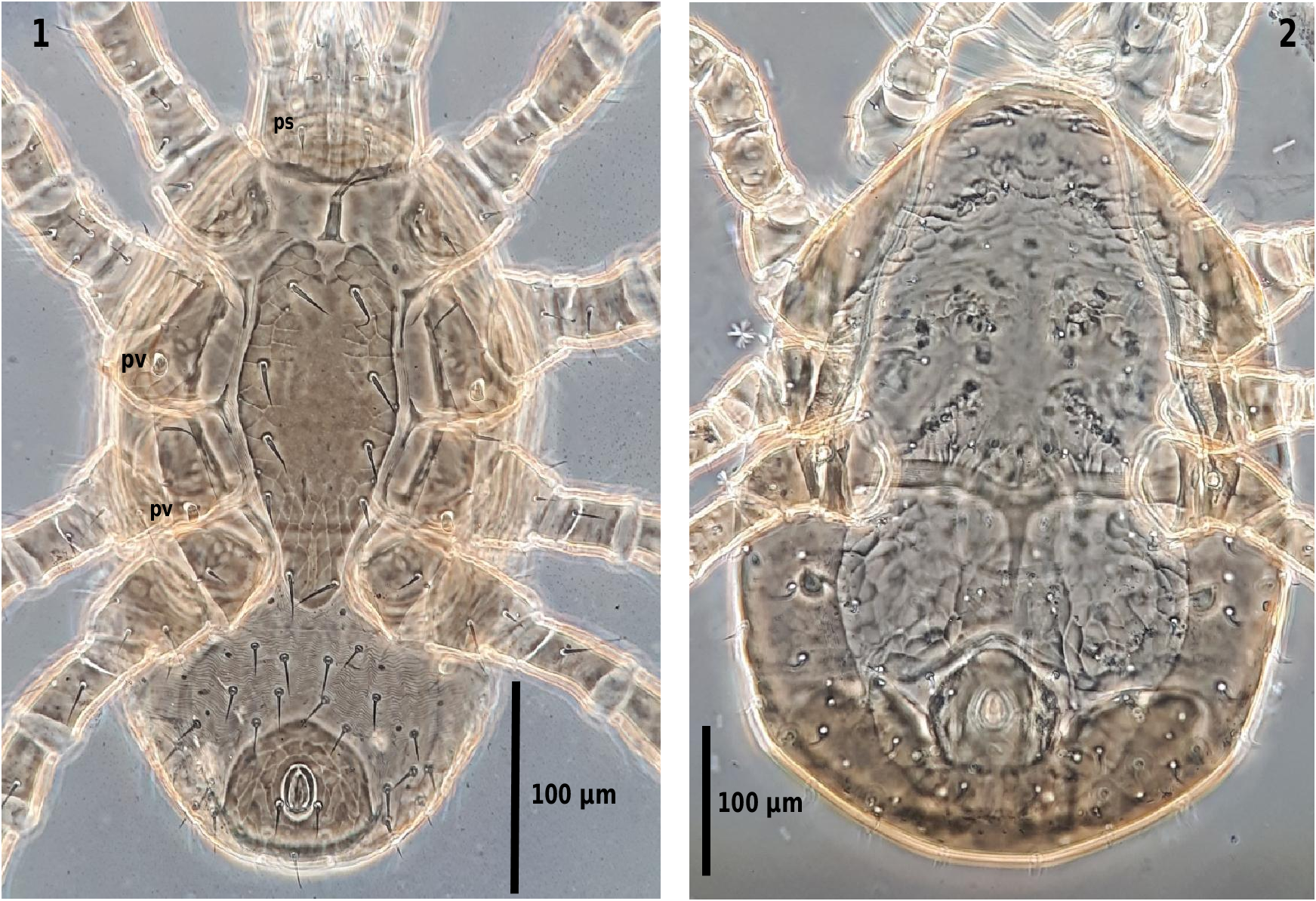