Differential diagnosis. Dineutus sitesi sp. nov. is most similar to D. fulgidus in having the elytra with weak apicolateral sinuation (cf. Figs 13–14), absence of a preapical sericeous reticulation patch, and more brownish olive green coloration. However, it can be distinguished from that species by the much more regularly elongate oval body form (much more narrow in habitus) (cf. Figs 6–7), the broader protarsi ( Fig. 22 View Figs 15– 23.15–21 ), and the form of the aedeagus (cf. Figs 15 and 21 View Figs 15– 23.15–21 ) and female reproductive tract. The aedeagus differs in having a more narrowly rounded tip and less acuminate apex of median lobe ( Fig. 21 View Figs 15– 23.15–21 ), the female reproductive tract differs in having narrow gonocoxae that are less laterally expanded.

Etymology. This new species is named in honour of the aquatic hemipterist Robert Sites, leader of the CMU Team who collected most of the specimens of this new species and who, in collaboration with Akekawat Vitheepradit, is working on a project to make the aquatic insects of Thailand known. The name is a noun in the genitive case.

Distribution. This species is currently only known from Phu Hin Rongkla National Park, Phitsanulok Province, Thailand; an area that appears to exhibit high levels of endemism for aquatic insects ( SITES & POLHEMUS 2001, VITHEEPRADIT & SITES 2007). It may be that this new species is only found within this region. 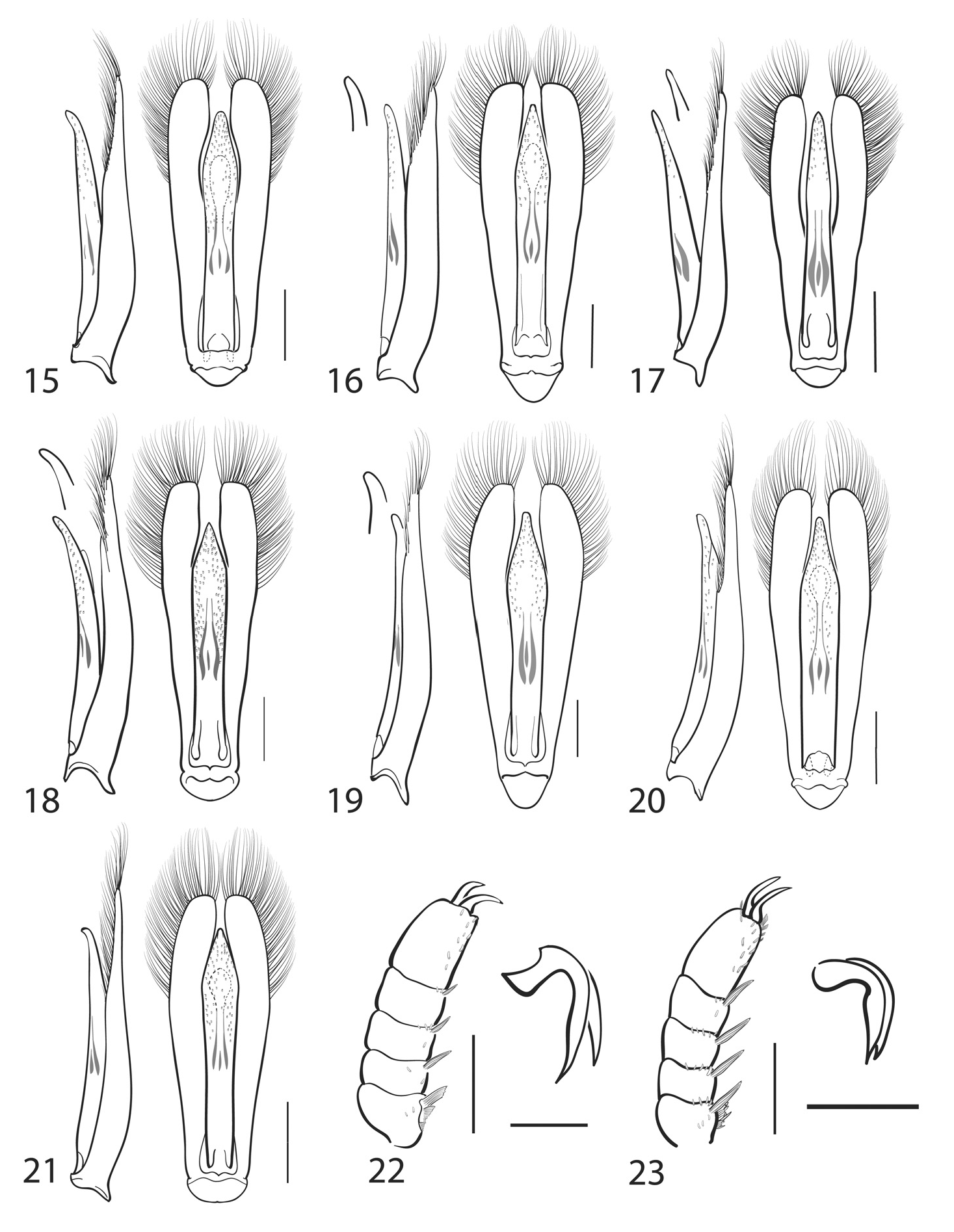