Metasternum with surface impressed by large and thick punctures.

Metasternum with surface smooth and glossy.

Comparative notes. T. bordei   is distinguished from other species of the theryi   group by the very long occipital median carina reaching the posterior edge of median sulcus of frontal lobe (at most reaching the anterior edge of vertexal foveae in other species). It is similar to T. normandi   in having the anterior margin of mesofemora with 4–5 small tubercles, while its lateral margin of the last article of the maxillary palpi is slightly concave and similar to T. longipalpis   .

Remarks. In the original description Peyerimhoff (1919: 72) mentioned two females, one of them is lost. 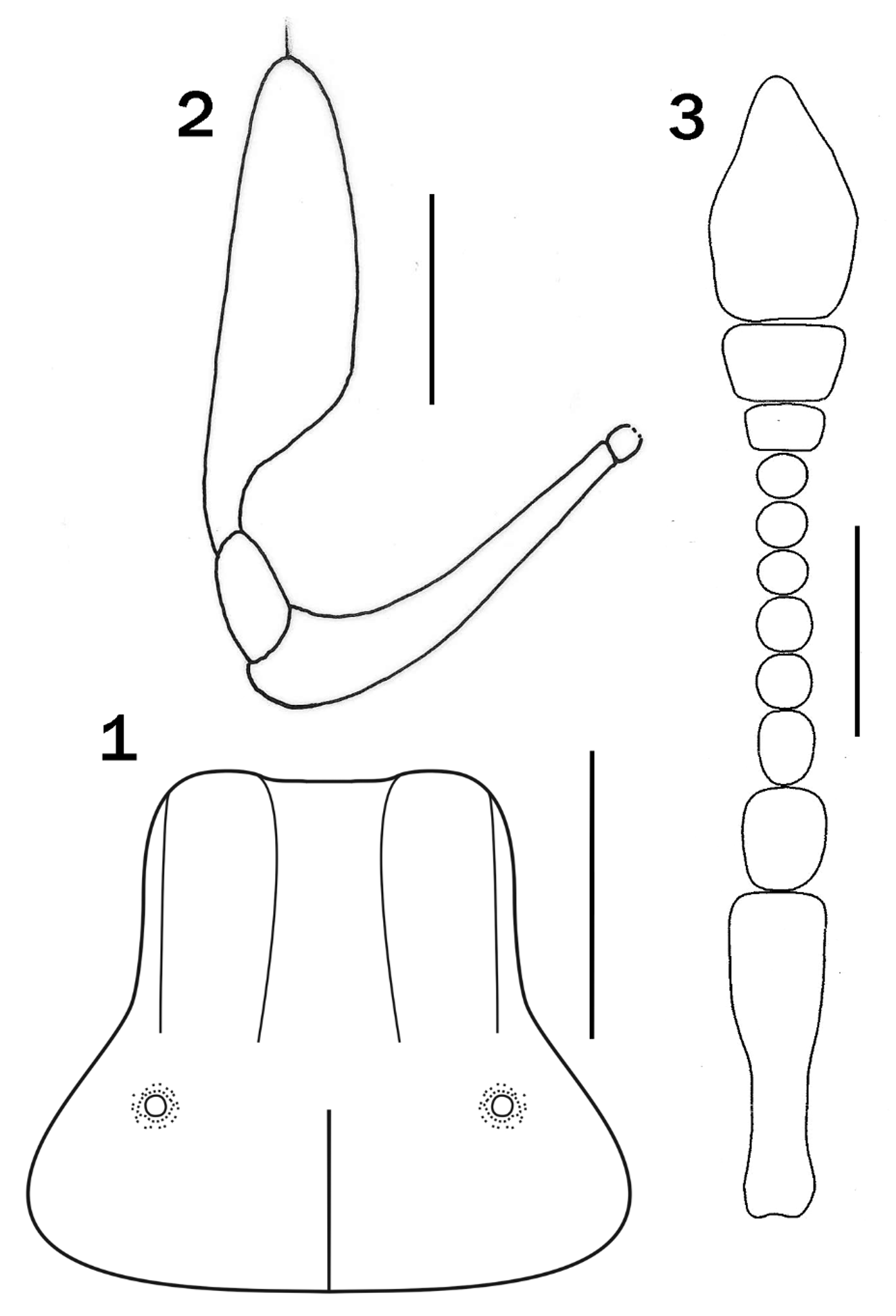 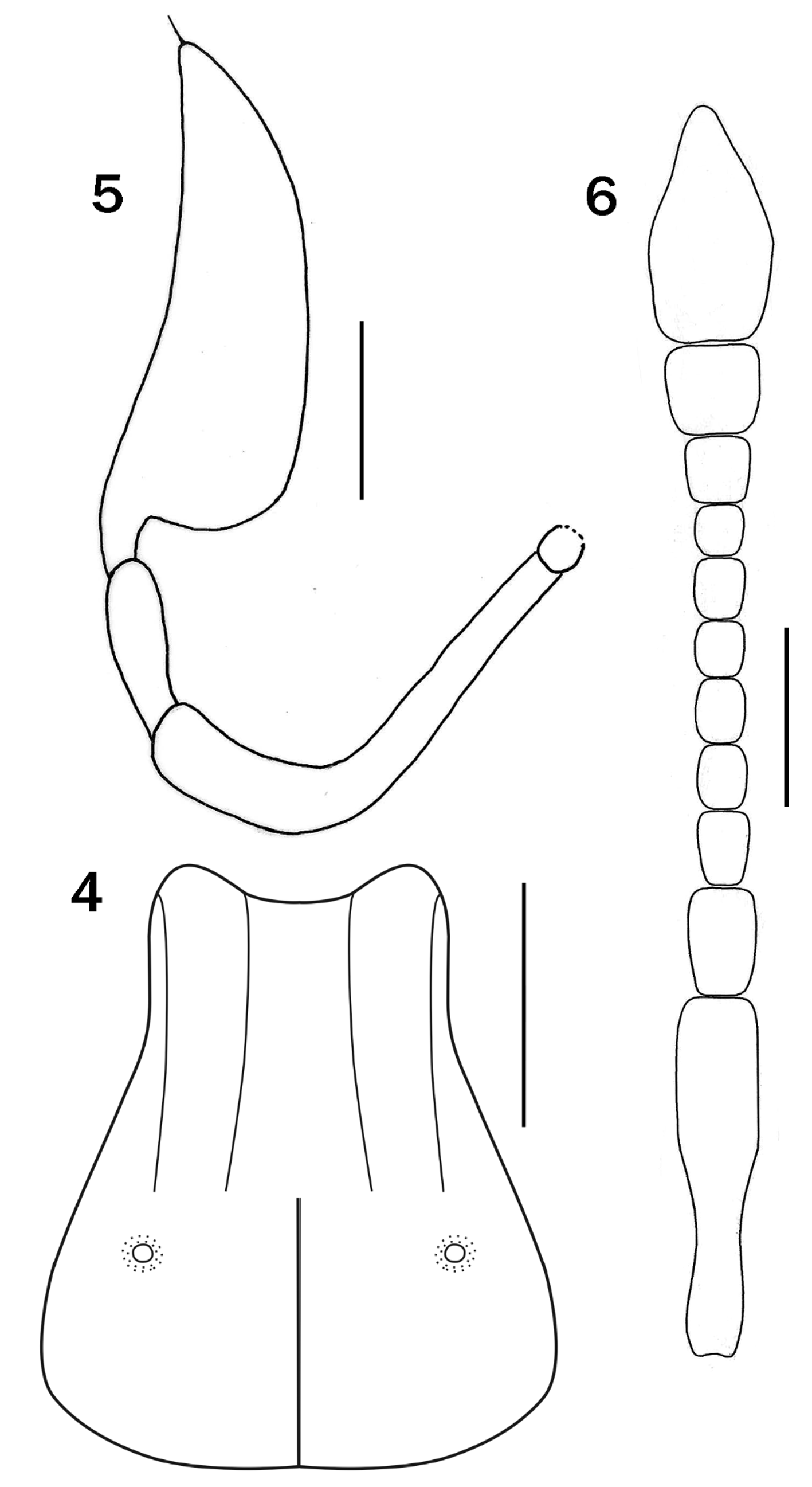