Differential diagnosis. Suphisellus grossoi   sp. n. is distinguished from other species of the genus by the following combination of characters: (1) small size (total length 2.4–2.6 mm), (2) elytra with longitudinal bands, with weak punctation, (3) lateral margins of prosternal process almost straight, and (4) male genitalia. The new species belongs to a group of species with vittate elytra, however it can be readily distinguished from the other species of this group by its smaller size (TL = 2.4–2.5 mm) (TL> 2.7 mm in the other species). Suphisellus simoni   (TL = 2.7–3.1 mm), S. canthydroides   (TL = 2.8 mm) and S. lineatus   (TL = 2.8–3.0 mm) are closer in size to S. grossoi   sp. n., but S. simoni   can be distinguished by the different shape of the male median lobe, which is slender and sharp at tip ( Scheers & Thomaes 2017). Suphisellus canthydroides   can be distinguished from the new species by the presence of a strong and dense punctation on the elytra, and by the male left lateral lobe bearing two strands of hairs ( Grosso 1979). In S. lineatus   , the pattern of elytral longitudinal bands is well defined whereas in S. grossoi   sp. n. it is more diffuse; in addition, segment IX is characterized by the presence of 10 robust spine-like setae in S. lineatus   (see Grosso 1979) (5–6 robust spine-like setae in the new species).

Remarks. Four specimens from São Paulo, housed in the ZSM (photographs kindly provided by Mario Toledo) and determined by Zimmermann to be members of S. flavolineatus   , are most likely conspecifics of S. grossoi   sp. n. In spite of this we decided not to include them within the type series because we didn’t have enough information of them.

Etymology. This species is dedicated to Luis E. Grosso in recognition to his contributions to the noterid fauna of Argentina. Also, the new species described in this paper was first included in Grosso’s doctoral thesis ( Grosso 1979) under the name Suphisellus vidalae   , although it was never availably published. The name is a noun in the genitive case. 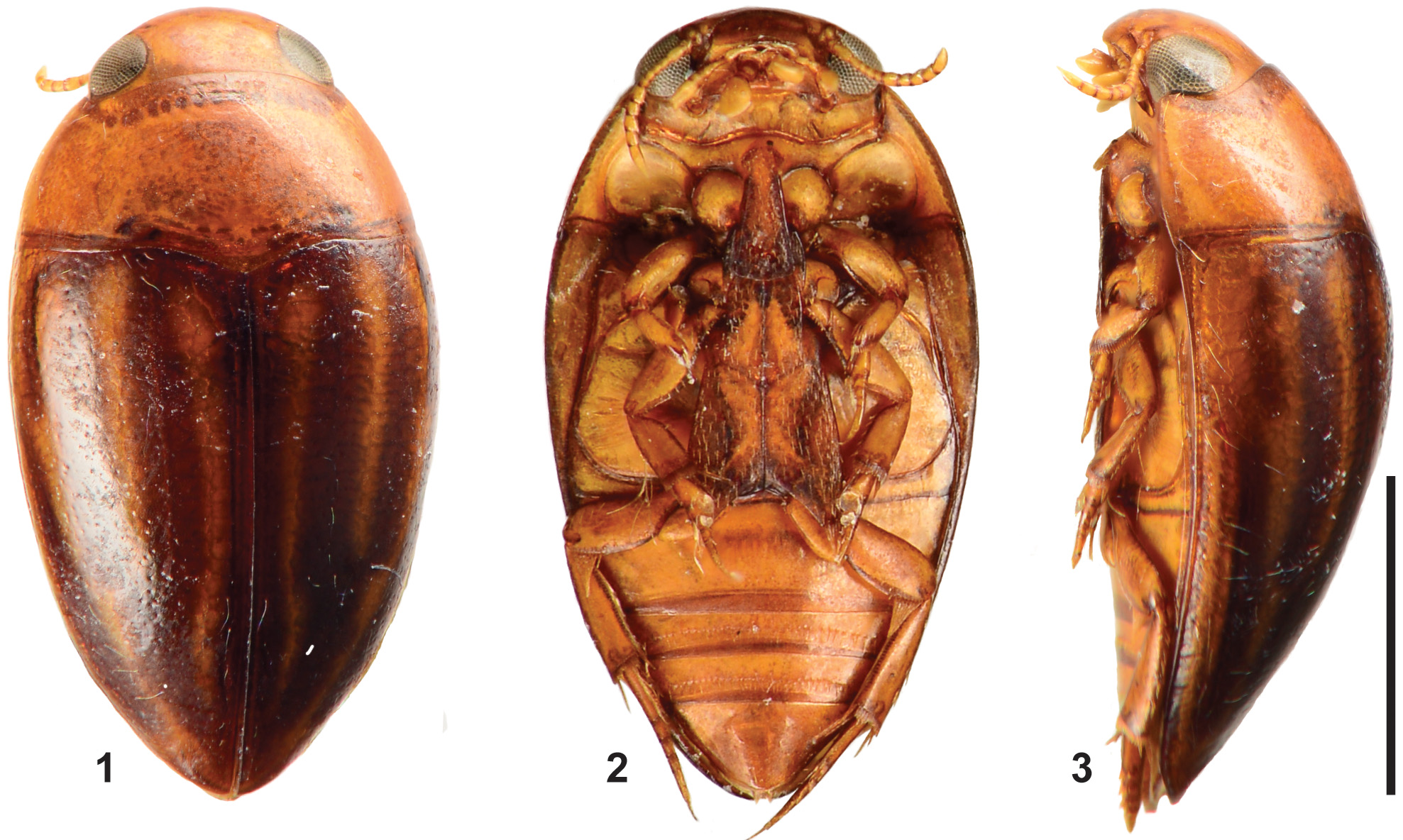 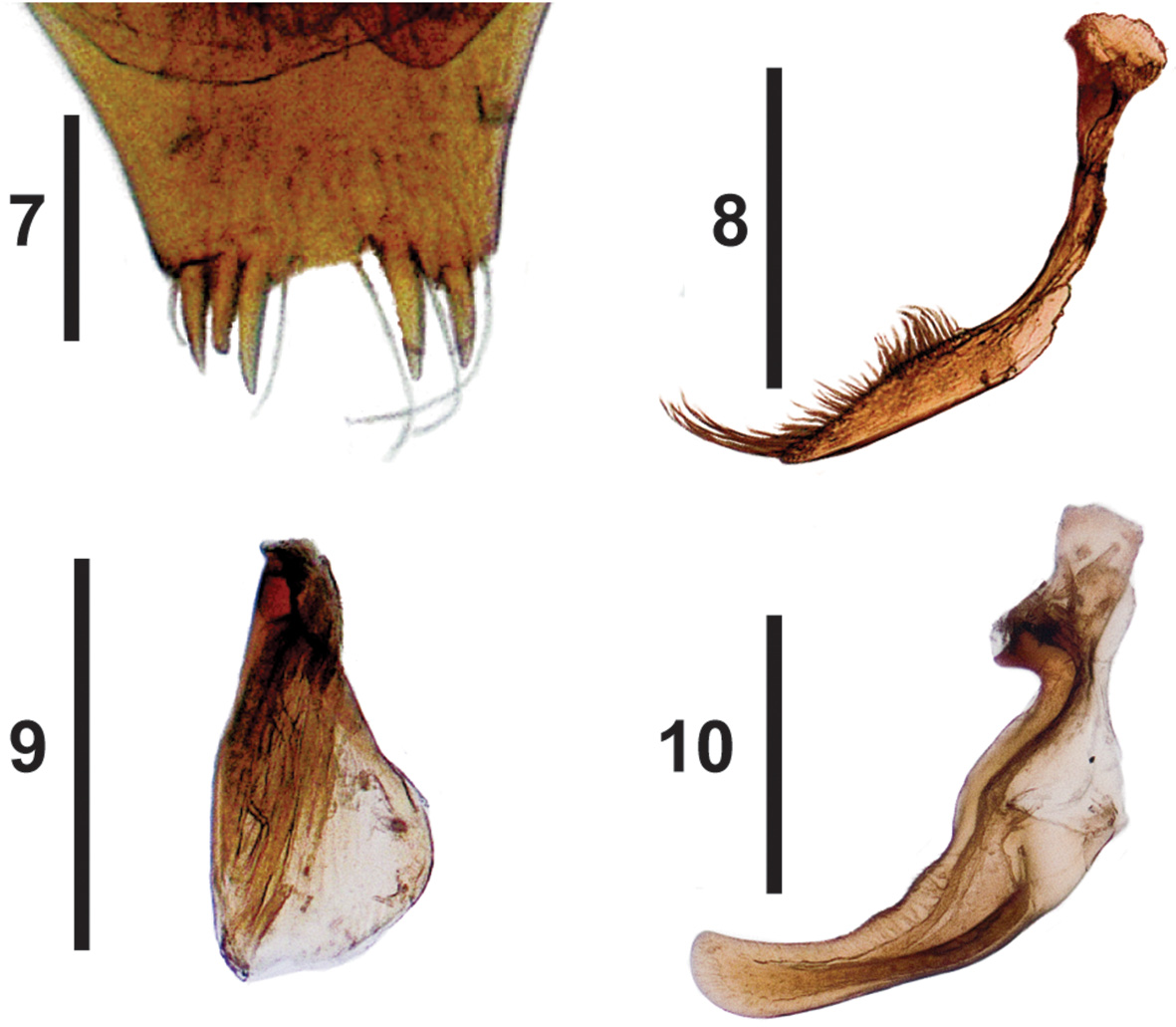