Male ( Fig. 3C, DView Figure 3). Similar to the female, it differs in having the fore wing entirely hyaline (see also the remarks below).

Acroclisoides sinicus  , together with A. maculatus  Sureshan & Narendran, A. megacephalus  Girault & Dodd and A. spilopterus  (Masi) ( Hymenoptera  : Pteromalidae  ), belongs to a group normally having maculate fore wings in females. Acroclisoides sinicus  can be separated from the other species cited above by the whitish color of F6, sometimes also of F5, the latter especially in males (color also slightly variable, but at least on the ventral side of the antenna the segment is slightly to distinctly lighter than other segments) and different shape, size and position of the brownish spot on the fore wing in females (usually at least slightly visible, of small to moderate size, behind the stigmal vein and not projecting beyond it). According to the original description of A. solus  and the paratypes we examined, this species is extremely close to A. sinicus  in most characters, including the color of the funicle and fore wing. According to Grissell and Smith (2006), both sexes of A. solus  differ from A. sinicus  only in having a longer PV as compared with the MV (over 1.6 × versus less than 1.4 × in A. sinicus  ); in addition, the female of A. solus  has a longer F1 as compared with the pedicel (2 × versus slightly longer than pedicel in A. sinicus  ), clava slightly longer than F5+F6 versus clava longer than F4+F6 in A. sinicus  , and the flagellar setae are depressed versus outstanding in A. sinicus  . In our specimens from Italy and South Korea (MICO), PV was about 1.6 × as long as MV; F1 was 1.1 –1.6× as long as the pedicel; clava was slightly longer than F5+F6; flagellar setae were moderately depressed. All examined specimens fit well with the original description of A. sinicus  (Huang & Liao, 1988).

Males and females of A. sinicus  are very similar. The brownish infuscation of the fore wing is found only in females but is not always present. This character can thus be used to confirm that a specimen is female, but the absence of the infuscation cannot be used to reliably determine that a specimen is male. The presence of an ovipositor, ovipositor sheaths or a projecting aedeagus can be used to confirm the sex. In cases where the terminal gastral tergites are retracted and the wings are hyaline, unambiguous determination of sex may require dissection to expose the genitalia. 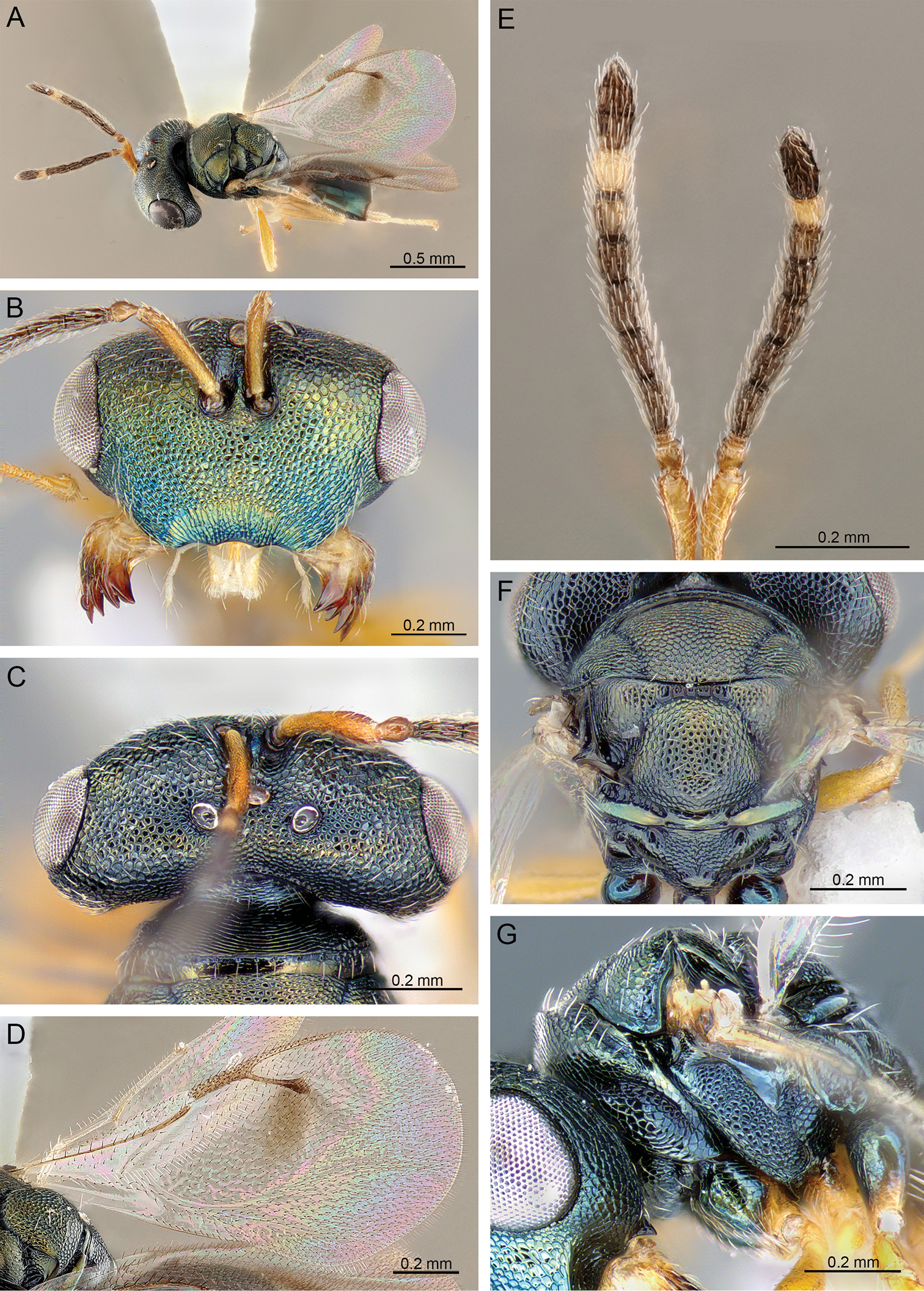 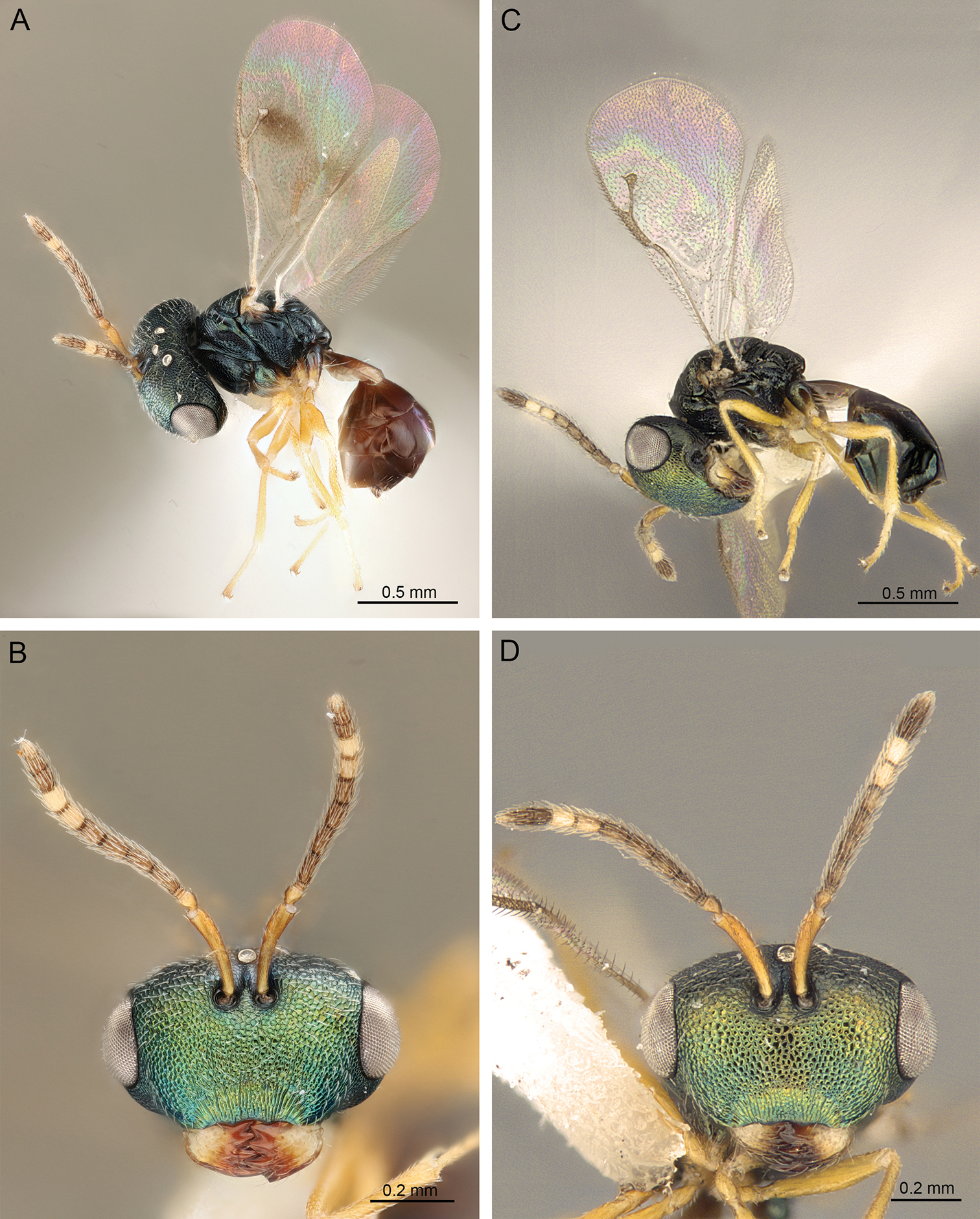