Ronquist (1994) argued that this tribe, as it was circumscribed, was not monophyletic, and formed the basal lineages of Cynipidae . Following this, Liljeblad and Ronquist (1998) presented more robust data to support splitting up Aylacini , but no action was taken until Ronquist et al. (2015). We now recognize this tribe as being restricted to species galling Papaver in the Palearctic region. Several taxa previously classified in this tribe can now be

found in Aulacideini , Phanacidini , and Diastrophini . These taxa all shared the trait of being gallers of herbs and other non-woody plants; Ronquist et al. (2015) concluded that these are unrelated host shifts.

Biology. Gall inducers on Papaver in the Palearctic Region.

Relevant literature. Ronquist et al. (2015) circumscribed our current recognition of this tribe and summarized the biology; Ronquist (1994) and Liljeblad and Ronquist (1998) treated the group phylogenetically based on morphology. Nieves-Aldrey (1994) treated Thomson’s Aylacini , many of which are now in Aulacideini . Melika (2006) reviewed the western Palearctic fauna. 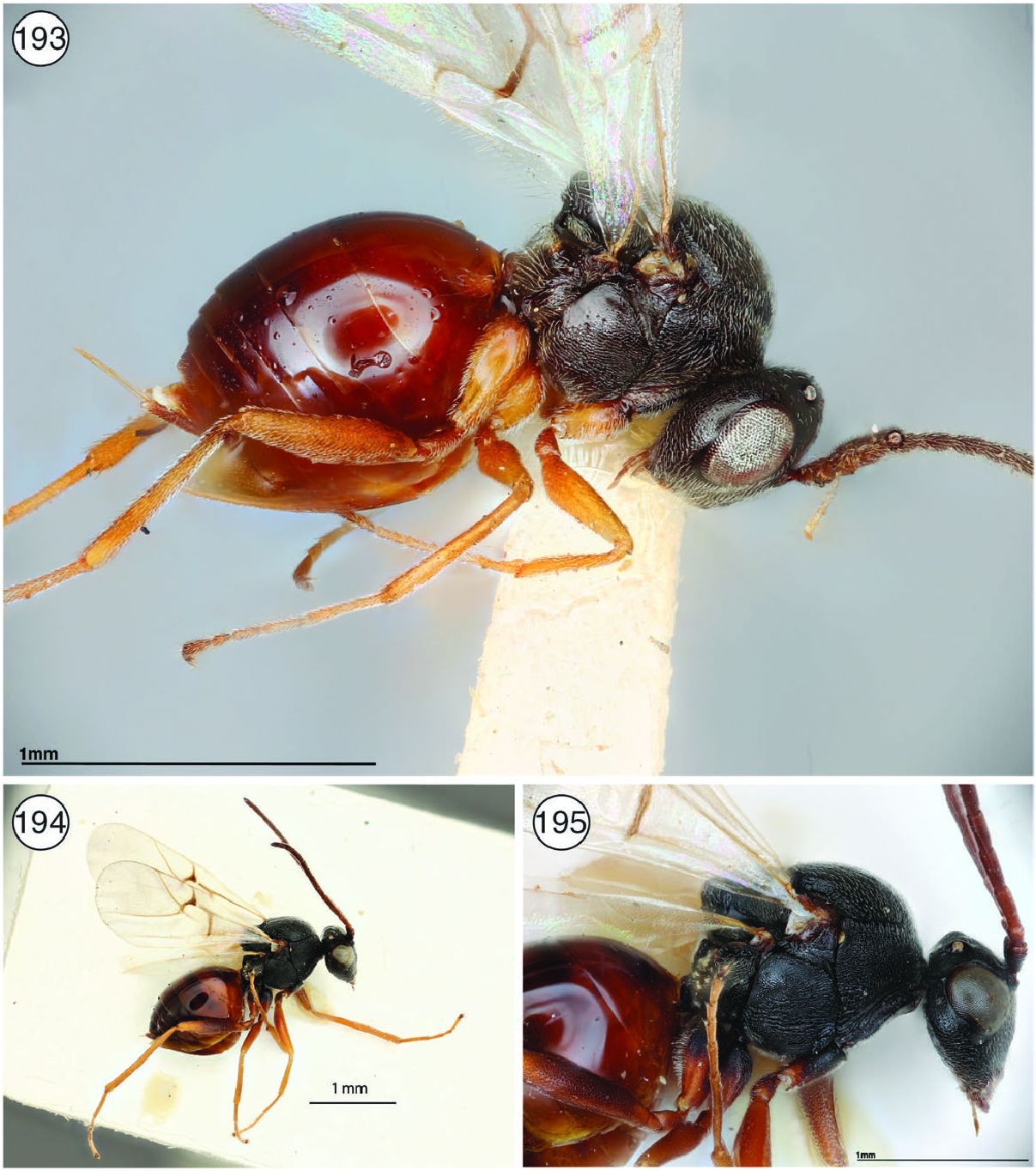