Blake, James A., 2016, Kirkegaardia (Polychaeta, Cirratulidae), new name for Monticellina Laubier, preoccupied in the Rhabdocoela, together with new records and descriptions of eight previously known and sixteen new species from the Atlantic, Pacific, and Southern Oceans, Zootaxa 4166 (1), pp. 1-93: 52-54

Parapodia low ridges or mounds from which setae emerge. Thoracic notosetae numbering 6–8 long, smooth capillaries becoming wider and shorter in abdominal segments and developing fine serrations along margin; neurosetae with 5–7 smooth setae in thoracic region transitioning to shorter setae with a broad base in abdominal segments also with fine serrations along margin.

Nature of middle and posterior segments not known.

Methyl Green stain. The body stains uniformly light green, with no areas of stain concentration or any pattern evident after differentiation.

Remarks. This specimen agrees with K. giribeti   from Costa Rica in most respects including the shape of the prostomium, long narrow peristomium, location of the dorsal tentacles and first pair of branchiae, nature of the thoracic parapodia, and the lack of any MG staining pattern. Differences include five peristomial annulations and a longer thoracic region with 25 setigerous segments in the Ecuadorian specimen instead of six peristomial annulations and 16 thoracic setigerous segments as in the Costa Rican material. However, the Ecuadorian fragment appears to be a larger specimen than the type materials and as such a longer thoracic region is to be expected. The last available abdominal segment on the Ecuadorian specimen is clearly rounded and becoming moniliform which agrees with the original description of moniliform abdominal segments. 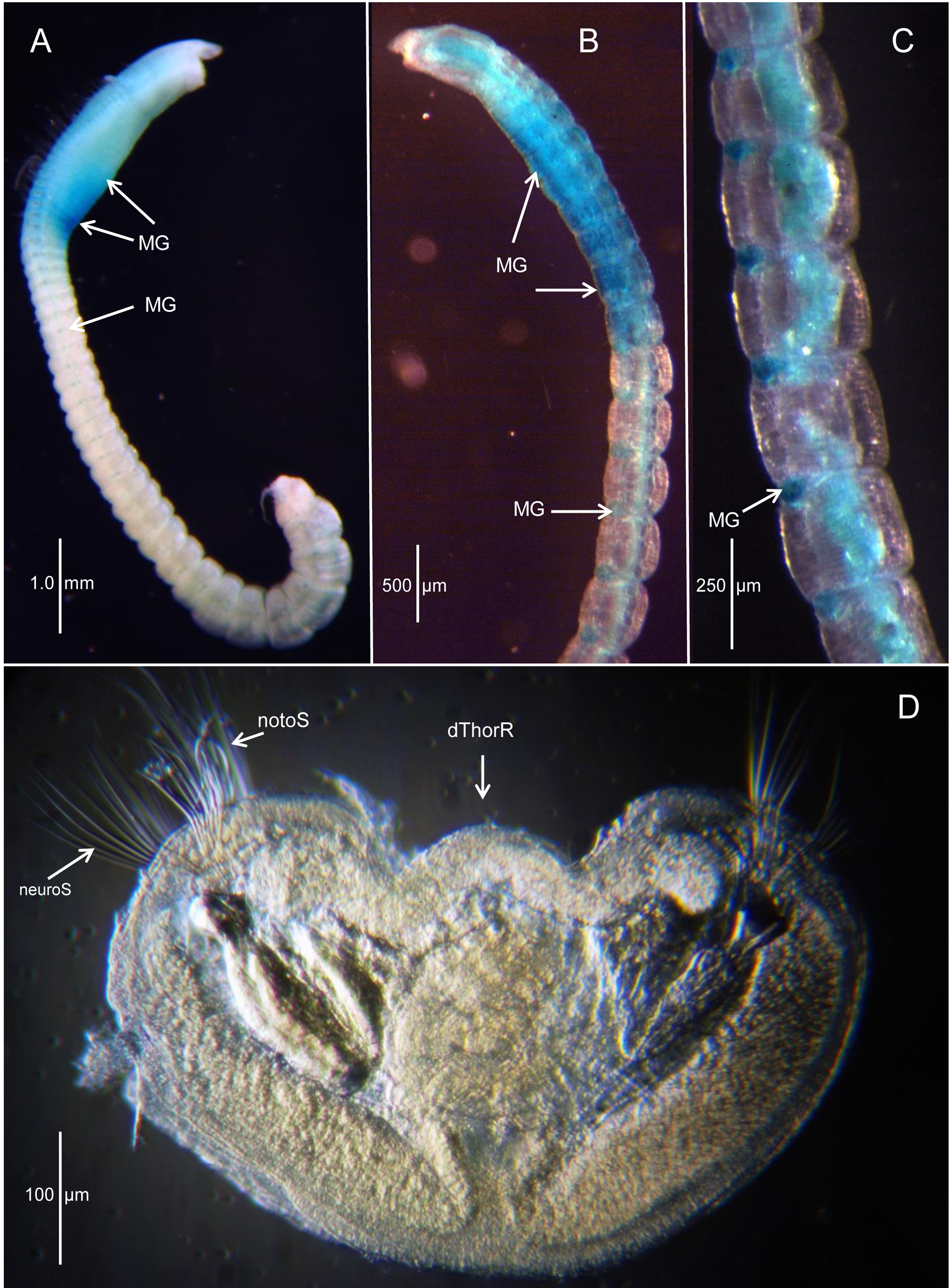 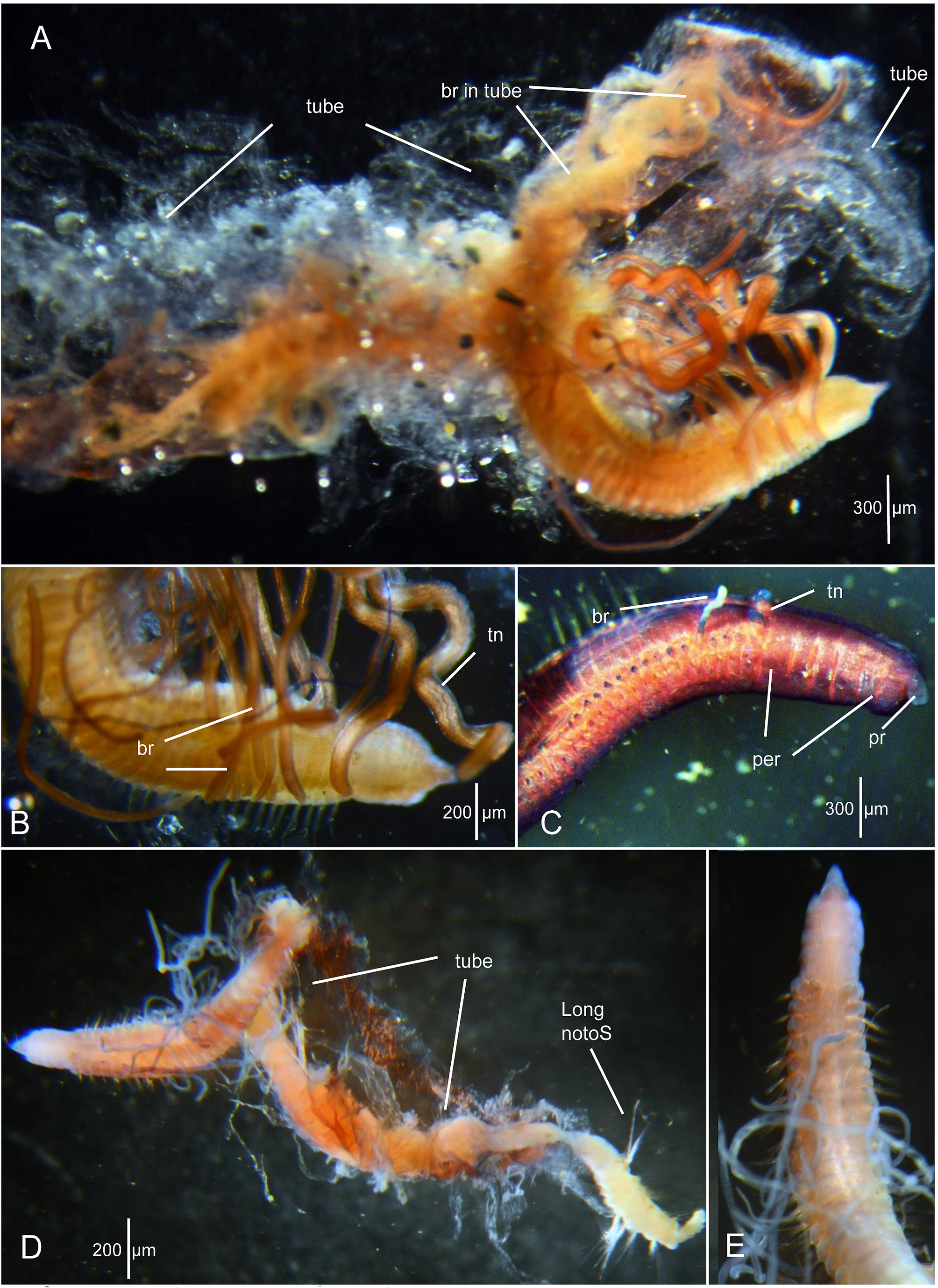