Blake, James A., 2016, Kirkegaardia (Polychaeta, Cirratulidae), new name for Monticellina Laubier, preoccupied in the Rhabdocoela, together with new records and descriptions of eight previously known and sixteen new species from the Atlantic, Pacific, and Southern Oceans, Zootaxa 4166 (1), pp. 1-93: 23-26

Etymology. This species is named for its type locality off Cape Lookout, North Carolina   .

Another species that is small and threadlike and that also has tessellated tubes and branchiae from setiger 1 is K. fragilis   n. sp. from abyssal depths in the Pacific Ocean. This species however, differs from K. carolina   n. sp. in having denticulate notosetae, a more expanded posterior end, and no annular rings on the peristomium.

Biology. Kirkegaardia carolina   n. sp. inhabits muddy sediments in upper and middle slope depths on the continental slope off North Carolina   . Data from sub-sectioned cores taken and processed individually from box cores collected in South ACSAR Cruise 1 suggest that the species occurred in the lower 2–10 cm of individual cores. Other cirratulids in the same samples were considered to be surface deposit feeders (Blake 1994).

Thin membranous tube material that is readily removed adheres to some of the paratypes ( Figs. 10 View FIGURE 10 A–C). This is similar to the same tattered or tessellated tube material reported for K. baptisteae   , K. tesselata   , and several other species described in this study.

Distribution. Kirkegaardia carolina   was collected only from samples along the continental slope off Cape Lookout, North Carolina   , in depths of 640–1013 m. The species did not occur on the nearby Cape Hatteras shelf or in the companion surveys off the U.S. Mid- and North Atlantic slopes. 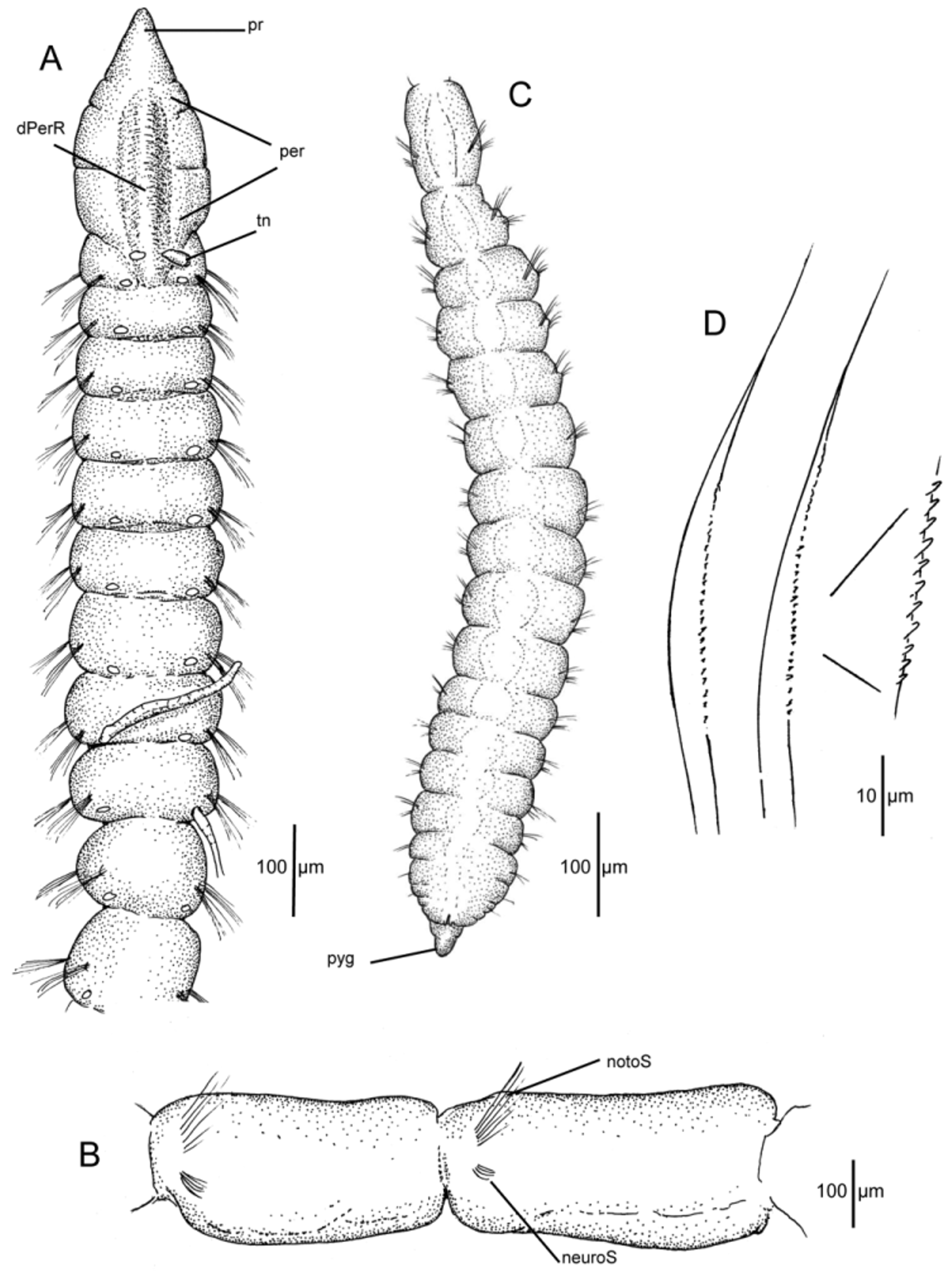