Blake, James A., 2016, Kirkegaardia (Polychaeta, Cirratulidae), new name for Monticellina Laubier, preoccupied in the Rhabdocoela, together with new records and descriptions of eight previously known and sixteen new species from the Atlantic, Pacific, and Southern Oceans, Zootaxa 4166 (1), pp. 1-93: 7-8

Remarks. The body of Kirkegaardia heterochaeta   is elongate and very slender, with only a minimal expansion of the thoracic region. The species belongs to a group of species with: (1) an elongate prostomialperistomial region that is relative smooth and weakly divided by annular rings and, (2) dorsally elevated thoracic parapodia that overlie the dorsal surface producing a conspicuous dorsal thoracic groove that contains a mid-dorsal ridge. Laubier (1966) observed superficial lines on K. heterochaeta   when studied with sagittal thin sections, suggesting that two annular rings were present. However, even with Shirlastain A, annular rings are difficult to detect externally.

Biology. Kirkegaardia heterochaeta   is a relatively common species along the Mediterranean coasts from France to Greece in muddy to muddy-sand sediments and is also reported from the Egyptian coast. Egg diameters of 200–225 µm were recorded for this species by Petersen (1999) from specimens collected in July from the Levantine Basin, eastern Mediterranean, in 65 m by M.E. Çinar. These large eggs suggest that development is direct for this species. 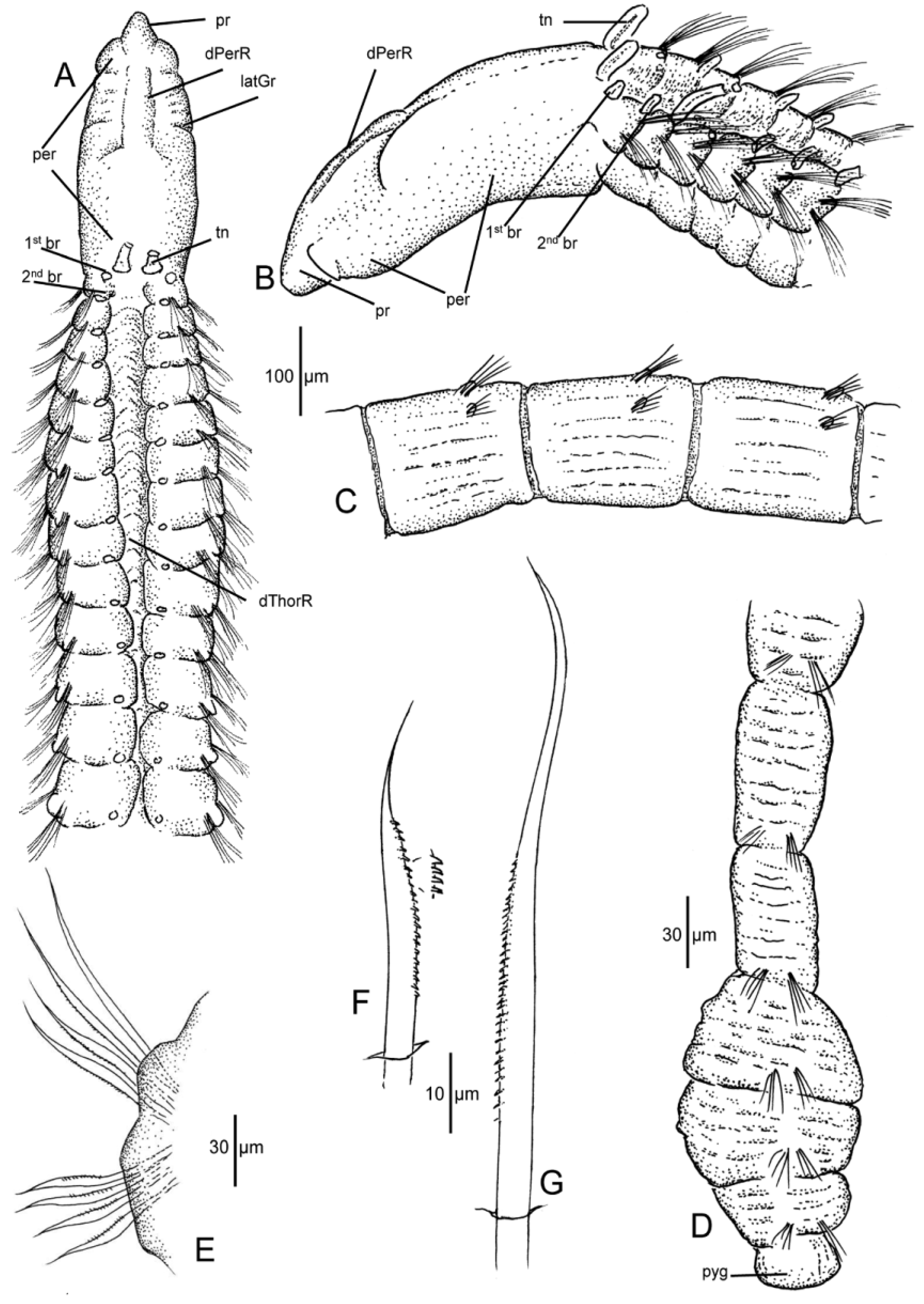 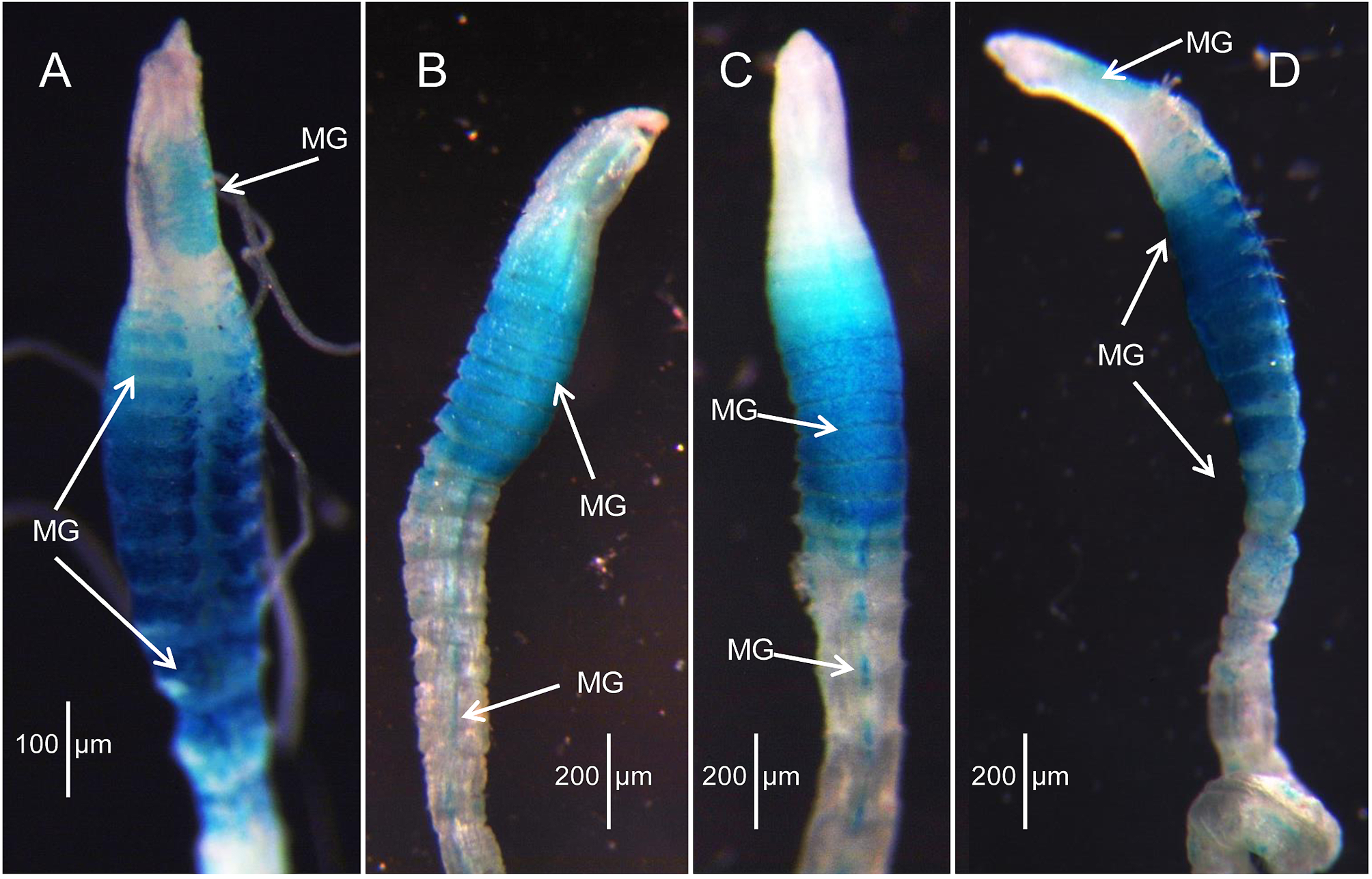