In life, adult female predominantly dark brown, fairly flat before maturity then becoming convex, secreting a white ovisac posteriorly so that posterior end of body is elevated at an angle and only anterior end of body remaining attached to plant.

There are no specimens of this species in Linnaeus’ collection. Linnaeus (1758) referred to the works of Gusmanus and Réaumur, and for that time, both gave good accounts and excellent illustrations of this insect in life, leaving little doubt about the identity of this species. Linnaeus’ citations, therefore, validate the name.

There are many synonyms of this species including C. carpini  L., C. oxyacanthae  L., and the name C. betulae  discussed above. For information on the name C. crataegi  which has also been associated with C. vitis  , see comments under C. oxyacanthae  . For many years the names C. betulae  and C. oxyacanthae  were applied to separate species despite earlier synonymy but it has been shown by Malumphy (1991) and Łagowska (1996) using host transference experiments that all represent the same species.

Targioni Tozzetti (1866) designated Coccus vitis  as the type species of Pulvinaria Targioni Tozzetti. The species  is common throughout the Palaearctic Region and has been introduced to North America, Brazil and New Zealand. It is known on many plant species. For a full synonymy, distribution and host range see Ben- Dov (1993), and for fuller descriptions see Newstead (1903), who included an excellent colour plate, Borchsenius (1957), Kosztarab & Kozár (1988) and Hodgson (1994). The accompanying illustration first appeared in Hodgson (1994) and is reproduced herein by kind permission of the author and CABI Publishing. 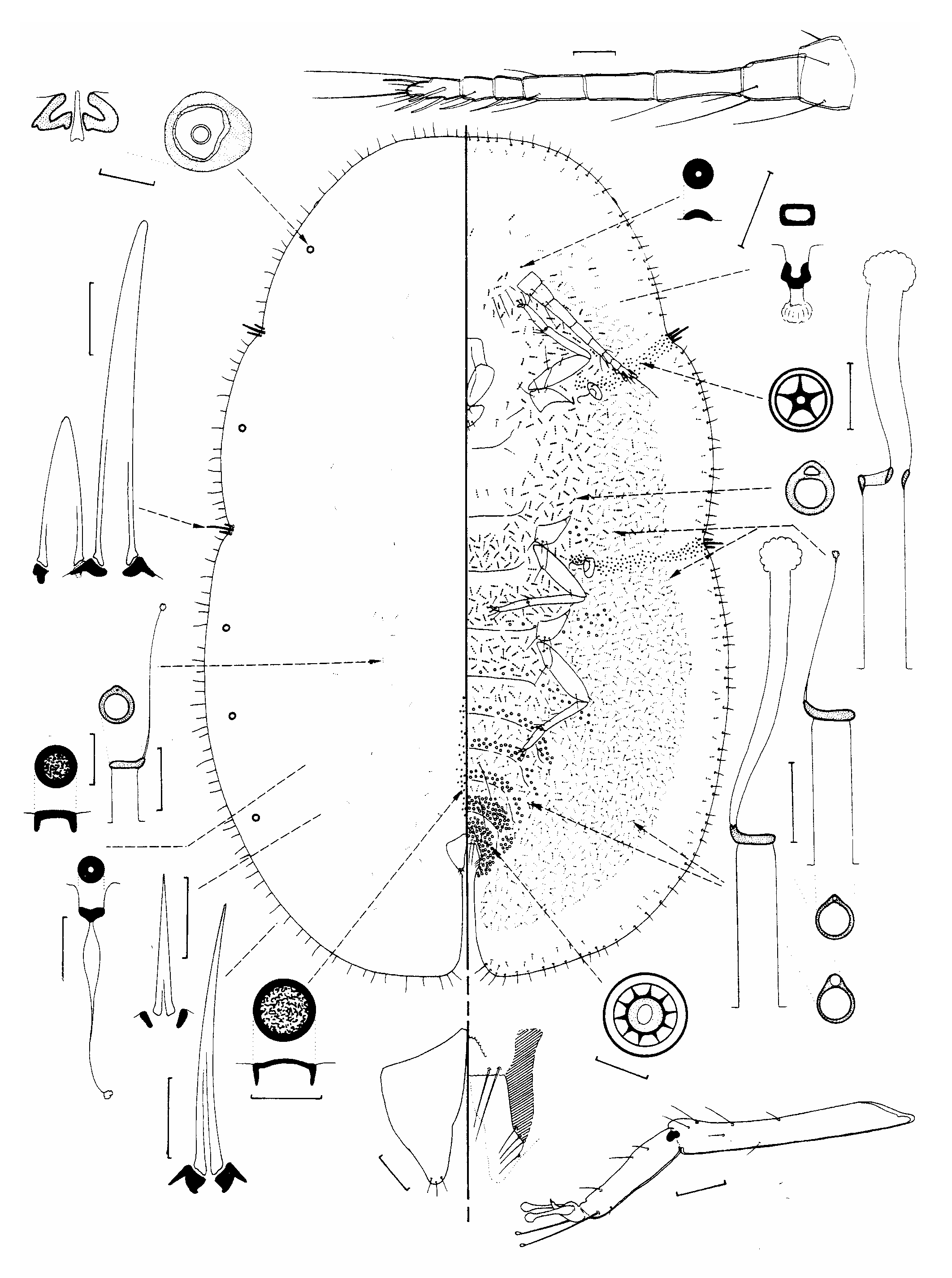