The prostheca of right mandible simple (not bifid) with several minute denticles apically; setae on the dorsal margin of the femur reaching 1/4 of the femur width; the surface of pronotum without tubercles. A detailed comparison with related species is presented in the Discussion.

External morphology of the larva.

“Pontus” in Latin means "Black Sea" in reference to the geographical region where the type material of the new species was collected.

Larvae were found in two slightly eutrophic small streams of different size, the Dipsiz Önü and Ilişi streams. Both small streams flow in northern direction towards the Black Sea within shallow valleys in the westernmost part of the Pontic Mountains (Kuzey Anadolu Dağlari). The slopes surrounding both valleys are relatively steep, formed by hills reaching up to 450 m a.s.l. (Fig. 7BView Figure 7) and are densely overgrown by the typical Northern Anatolian conifer and deciduous forests (Euxine-Colchic deciduous forests ecoregion).

The Dipsiz Önü stream at the type locality at 50 m a.s.l. is small, only approximately 0.8-1.5 m wide, and partly shaded by vegetation (Fig. 7AView Figure 7). The bottom consists of relatively coarse stony substratum, partly covered by detritus in the littoral region. The current velocity was approximately 0.5 m/s and the water temperature reached 18 °C (measured ca 5 cm below the water surface).

The Ilişi stream, at the collecting site, was up to 4-4.5 m wide, had a relatively high velocity current (up to 0.7 m/s), well-expressed stream discharge, and a bottom structure consisting of relatively coarse stony substratum with a low concentration of detritus.

We can assume that the new species is probably very rare at the studied localities as well as in all Turkey. During extensive collecting trips in the Sinop Province in 2011 and 2017, only six larvae were found. Bungona pontica  sp. n. larvae co-occurred with mayfly larvae of Epeorus  sp., Electrogena  sp., Procloeon bifidum  (Bengtsson, 1912), Baetis fuscatus  (Linnaeus, 1761), B. (Rhodobaetis) rhodani  (Pictet, 1843), B. vardarensis  Ikonomov, 1962, Nigrobaetis digitatus  (Bengtsson, 1912), and Serratella ignita  (Poda, 1761). Additional information on the species composition of the mayfly fauna within the Sinop and Kastamonu provinces was published by Tanatmış (2004), Ertorun and Tanatmış (2004) and further east, in the rivers of the Trabzon Province by Aydınli (2017). The presence of mature larvae at the beginning of July, indicates a flight period of B. (Ch.) pontica  n. sp. during the first half of the summer.

In total, 61 haplotypes were reconstructed, including 19 previously unknown haplotypes. The new sequences were deposited at GenBank (Acc. nos in Table 1). The cox1 tree detected B. (Ch.) pontica  sp. n. as a discrete lineage which is not nested within other Bungona (Chopralla)  species (Fig. 9View Figure 9). Two other Bungona (Bungona)  species, namely B. (B.) narilla  and B. (B.) illiesi  , formed a paraphyletic group. The Cloeodes  representatives from South America (i.e., C. aymore  , C. barituensis  , C. ioachimi  , and C. itajara  ) together with C. pseudogladius  from Madagascar formed a monophyletic clade. However, as the calculated branch support was very low, the phylogenetic relationships between species/genera remain mostly unsolved. 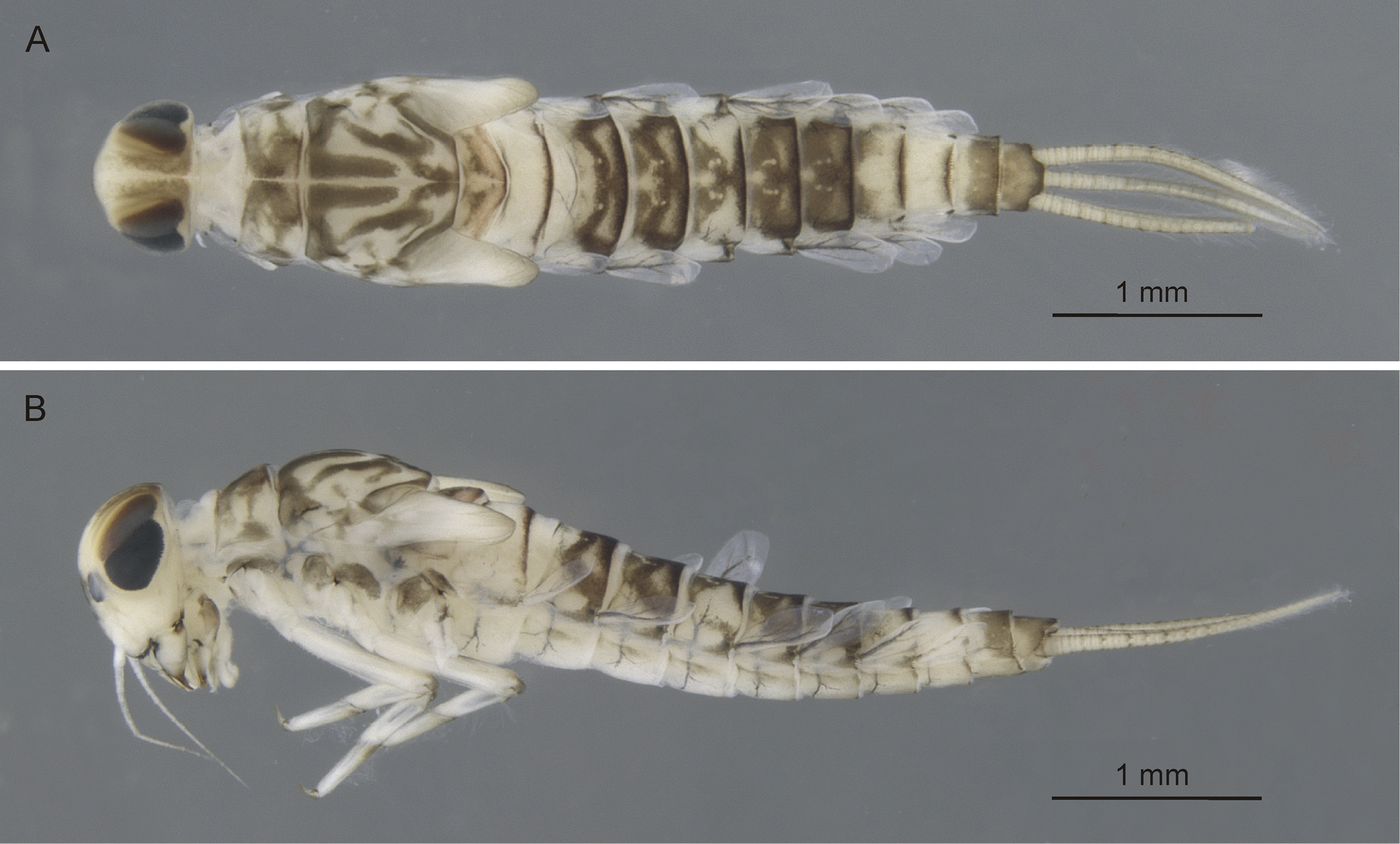 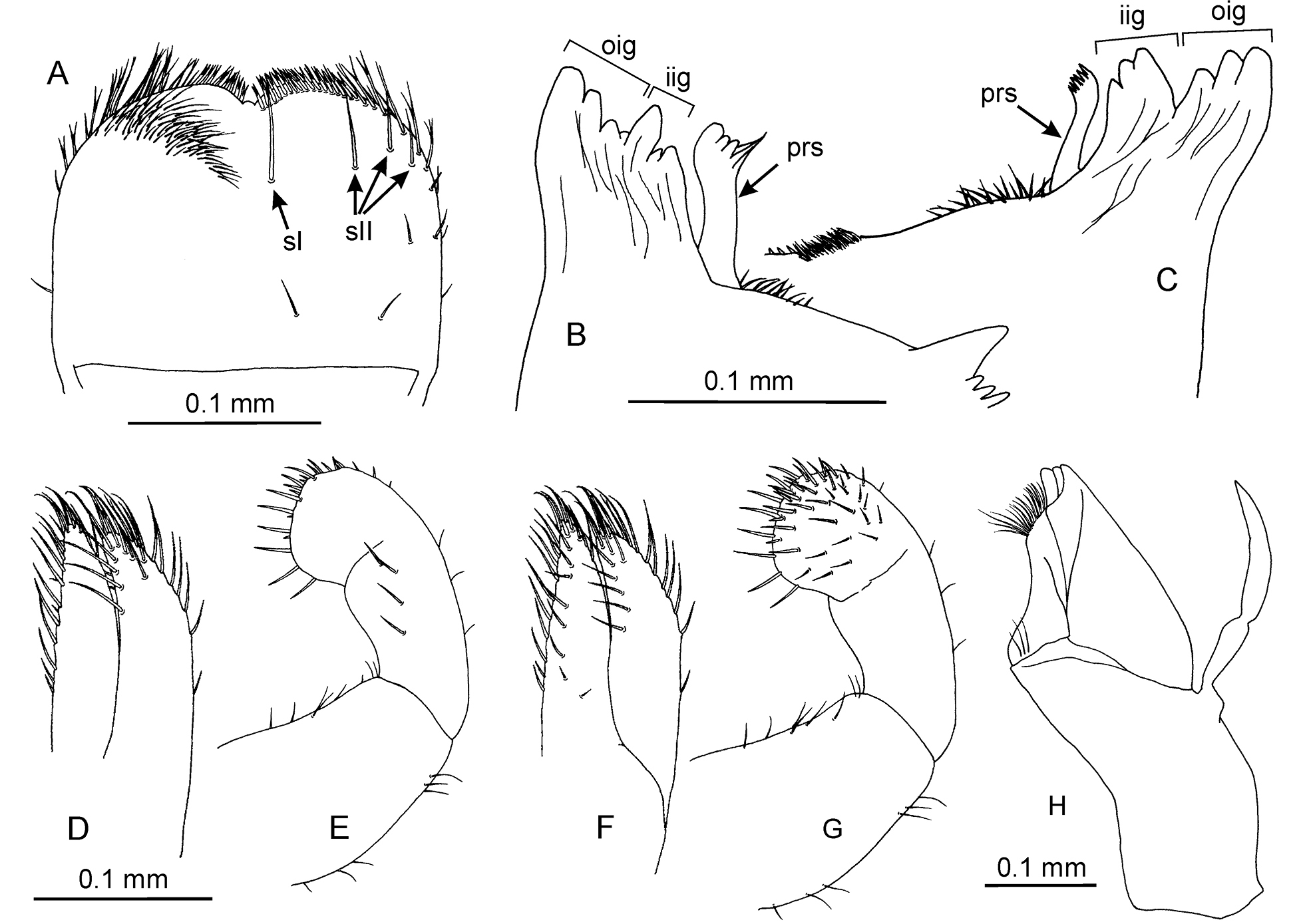 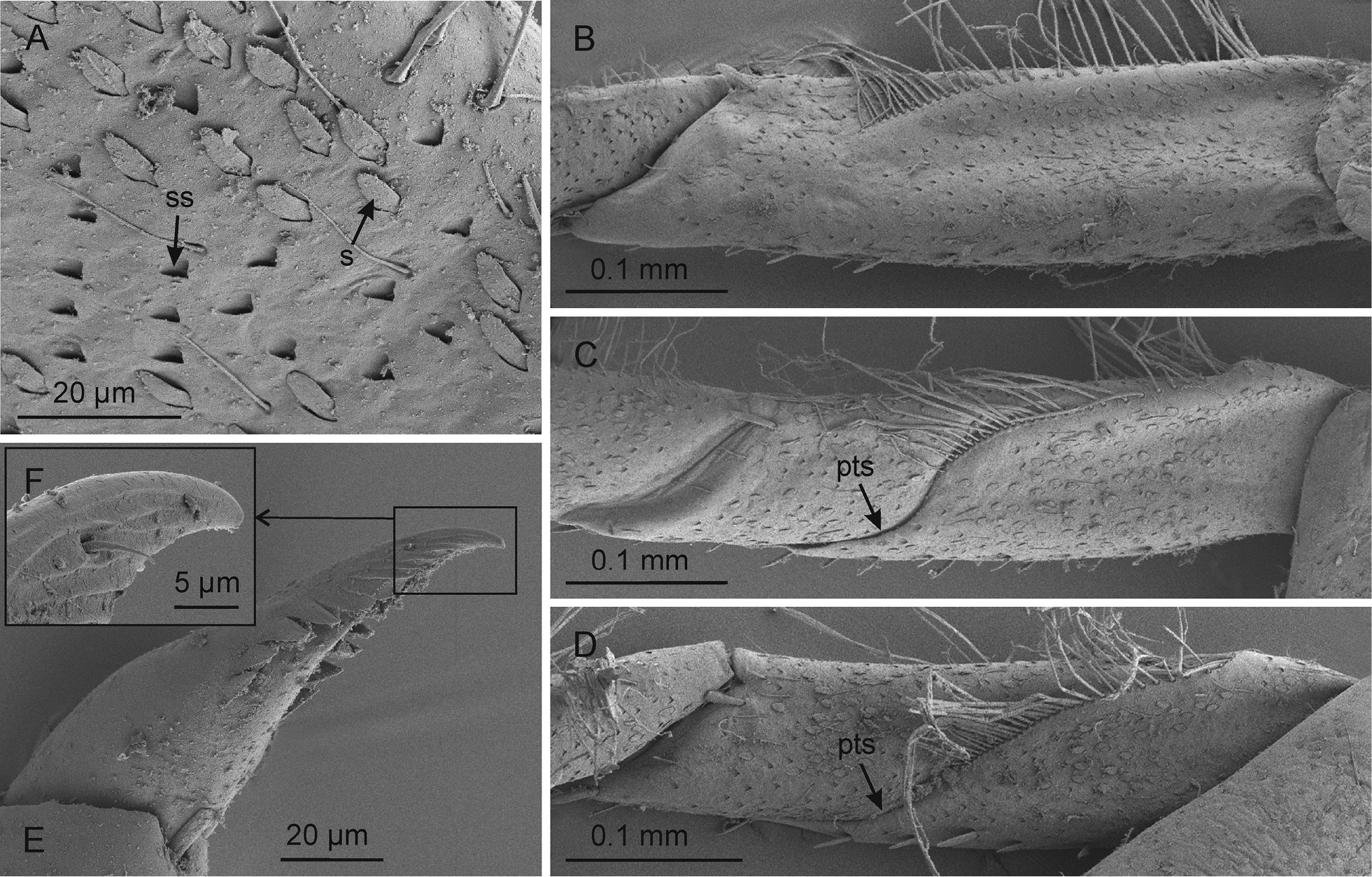 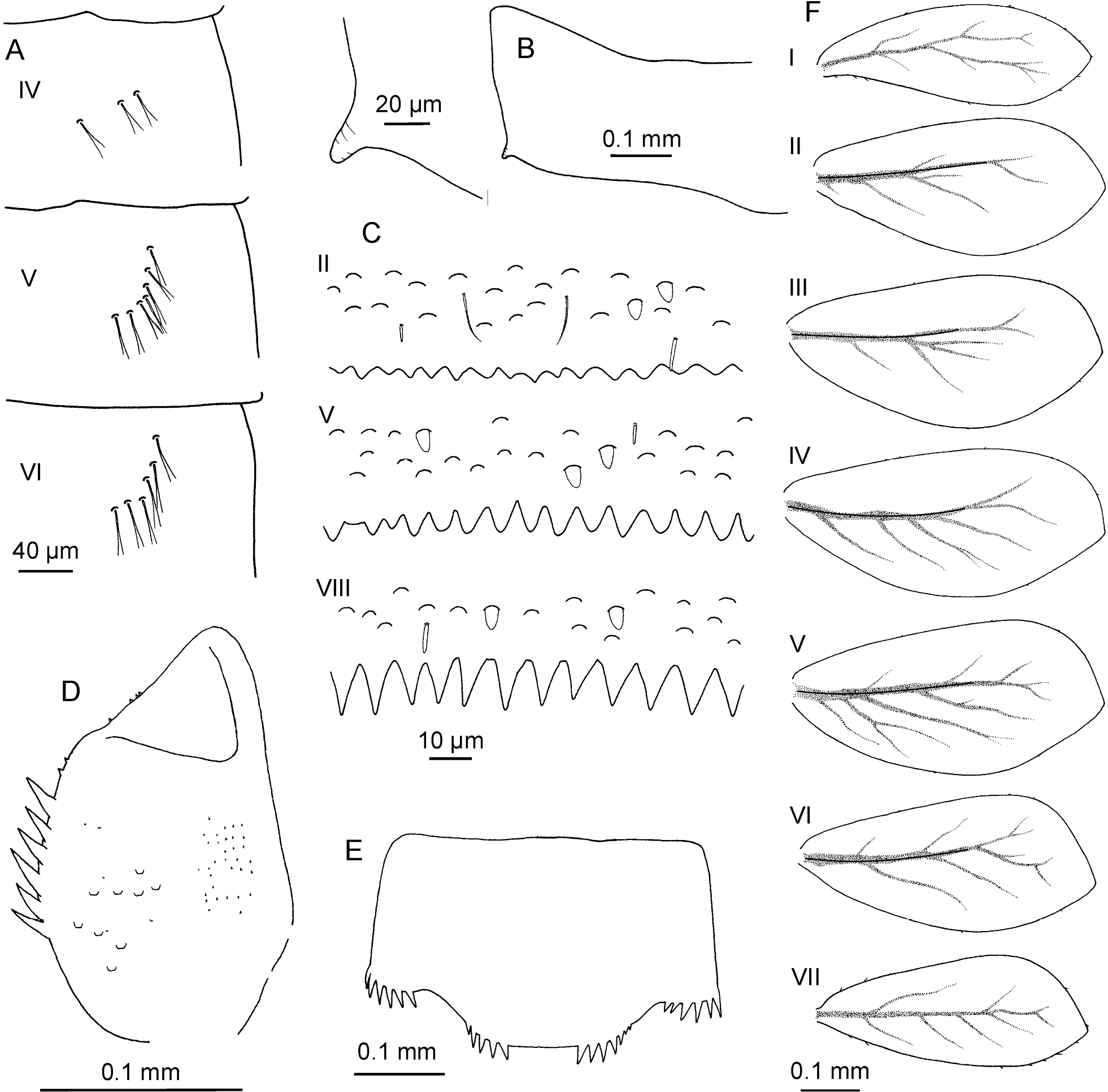 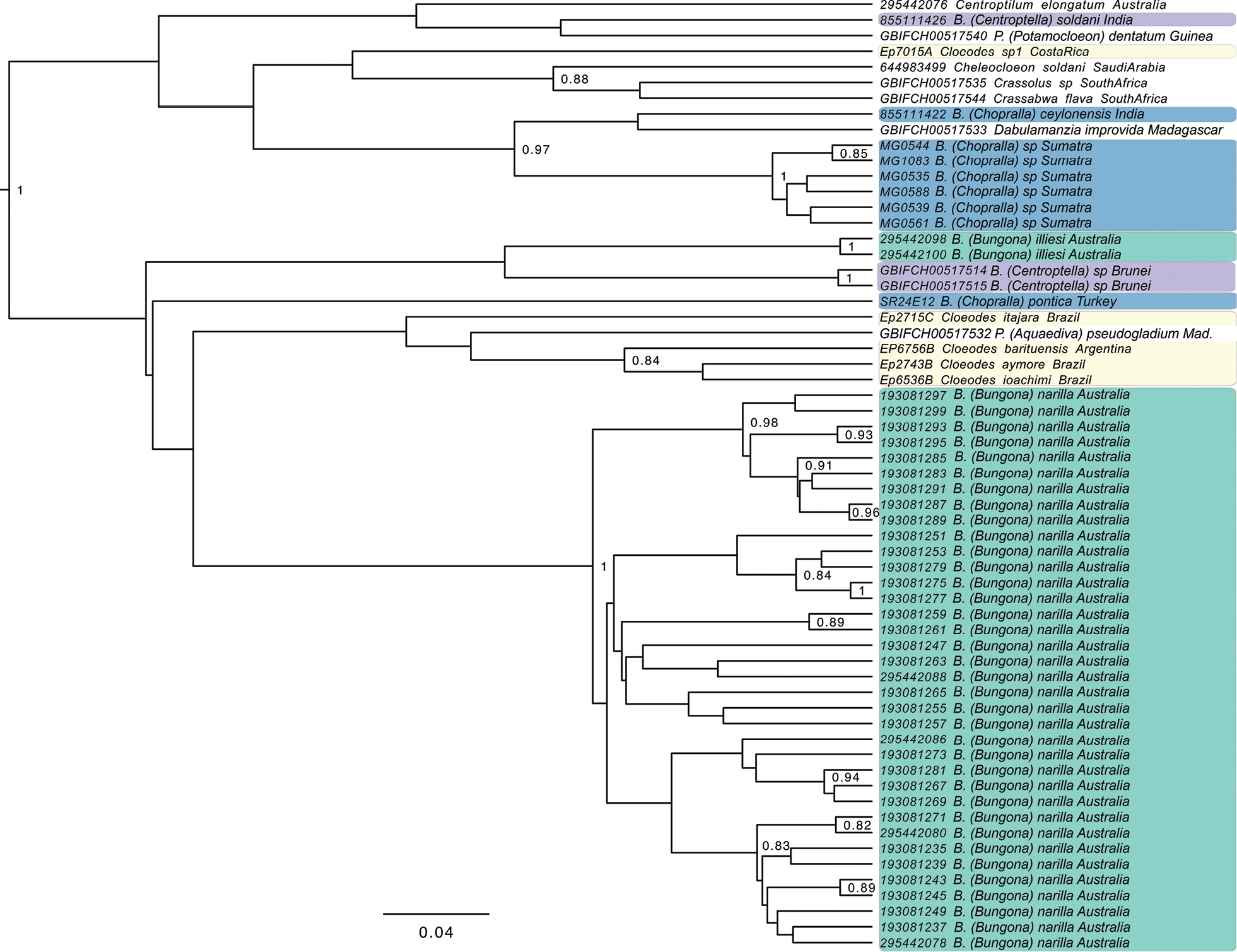