ETYMOLOGY„ Named for Gary C.B. Poore for his friendship and for his leadership to organize projects of squat lobster studies.

REMARKS — The carapace shape and the distally narrowed eyes in the new species are very much like those of U. amabilis Baba, 1977  from off Noumea, New Caledonia. Uroptychus poorei  is readily distinguished from that species by the following differences: sternite 3 has the anterior margin deeply excavated representing a broad V-shape instead of being shallowly excavated and medially transverse; sternite 4 has the anterolateral margin as long as instead of much longer than the posterolateral margin; the antennal peduncle has a small distomesial spine on article 4 only instead of a distinct spine on each of articles 4 and 5; the antennal scale terminates at most in the midlength, instead of slightly falling short of the end, of article 5; the Mxp3 merus is unarmed instead of bearing a distinct distolateral spine and a few flexor marginal spines; and the penultimate of the flexor marginal spines of P 2-4 dactyli is much stronger than instead of subequal to the antepenultimate spine. In addtion, U. amabilis  is a shallow water species taken in 30 m, whereas U. poorei  ranges between 250 and 270 m.

The original description of U. bacillimanus Alcock & Anderson, 1899  is very brief, but the illustrations ( Alcock & Anderson, 1899: pl. 45, figs 3, 3a) show that the species is somewhat similar to this new species, although the distal parts of the P 2-4 dactyli are not clearly depicted. At my request in 1977, K. K. Tiwari, then the director of the Zoological Survey of India, Calcutta, provided me with illustrations of one of the syntypes ( Figure 207View FIGURE 207). In fact, its P 2-4 spination is nearly the same as that of the new species, but the eyes are not distally narrowed, the anterolateral spine of the carapace is separated from and not closer at base to the lateral orbital spine in dorsal view, and the antennal article 2 has no distolateral spine, all to mention obvious differences from U. poorei  . 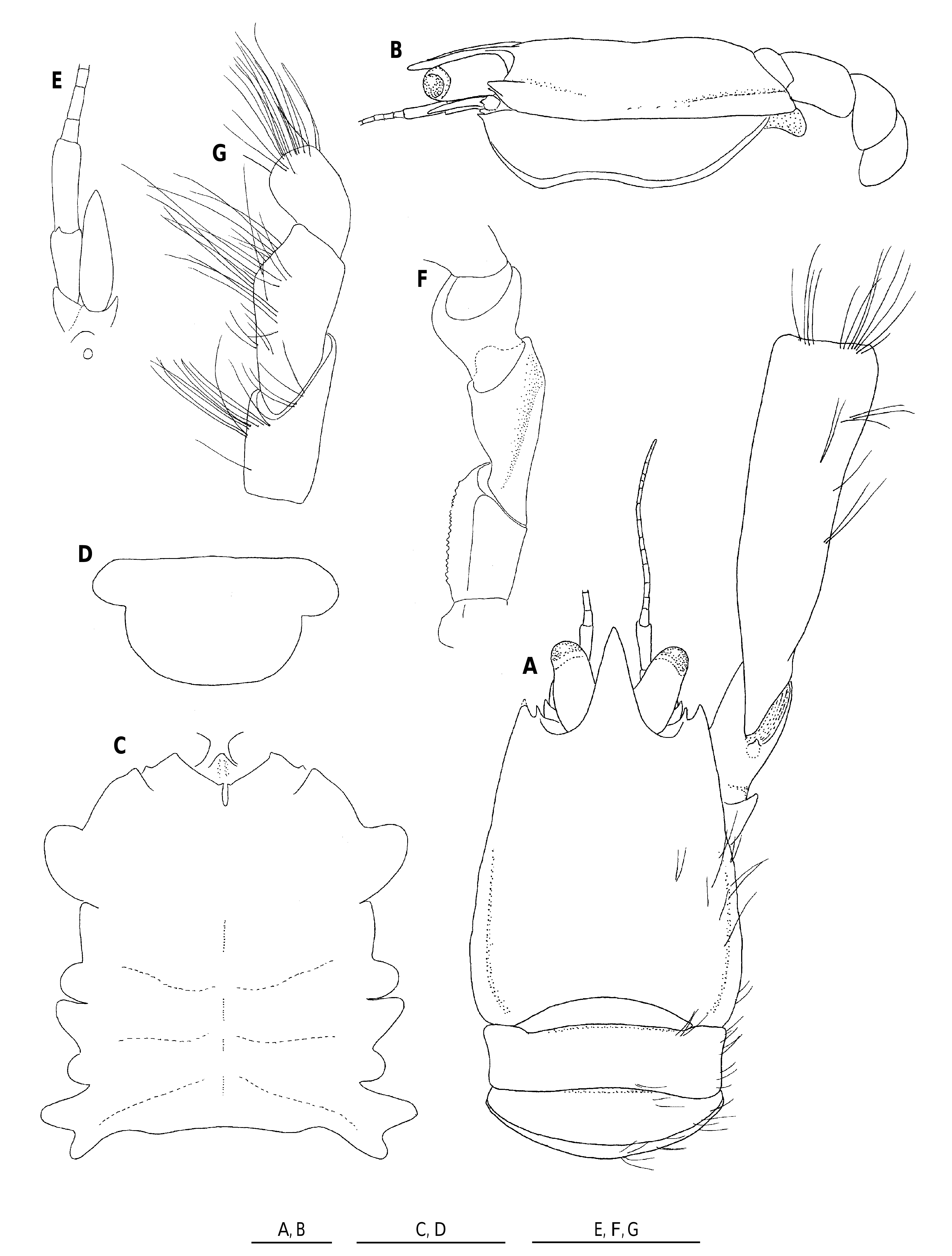