Gaster about as long as mesosoma. Petiole about 1.4x as long as wide, a little narrower basally than apically. Ovipositor about 0.7x length of gaster, not or just barely exserted beyond its apex; ovipositor length: mesotibia length ratio about 0.9:1.

Etymology. The species name (a noun in apposition) is treated as an arbitrary combination of letters.

Hosts. Oncometopia clarior (Walker)   and Oncometopia   sp(p). (natural hosts), as well as Homalodisca vitripennis (Germar)   (factitious, laboratory host) ( Cicadellidae   ). A colony of G. (Cosmocomoidea) barbos   had been maintained in the University of California, Riverside Quarantine Laboratory on eggs of H. vitripennis   for several generations before it was discontinued during the winter of 2006 due to an inadequate supply of the host material. 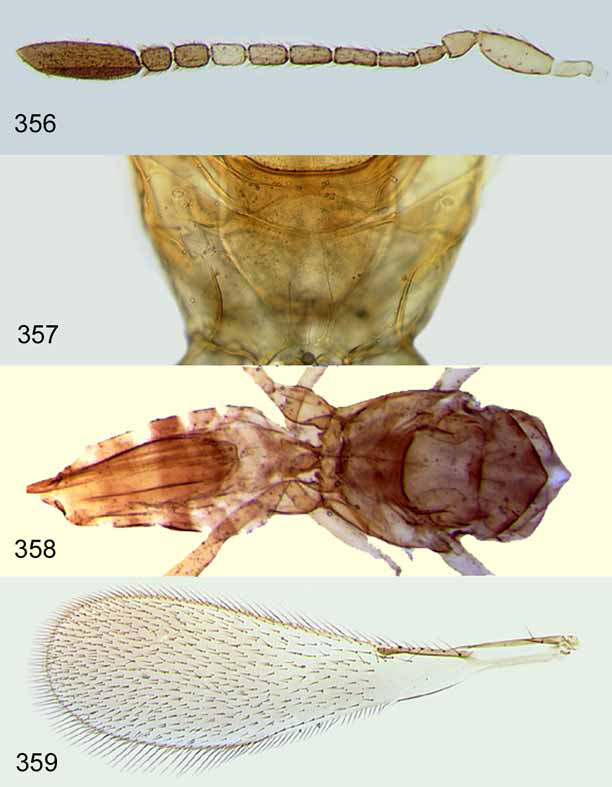