Description. Stems up to 125 mm high, strongly polysiphonic. Hydrorhiza rhizoidal little developed, sometimes forming a basal plaque. Branching usually alternate in one plane, up to third order. Branches and stems slightly geniculate. Sometimes with anastomoses. Hydrothecae alternate in one or two planes, making an angle up to 110°. Hydrotheca tubular, free part cylindrical; diameter decreasing basally at basal third. Hydrotheca curved outwards. Hydrotheca adnate to internode over half its adcauline length. Adcauline wall faintly convex at free part; more at adnate part, but for the most basal part. Abcauline wall concave. Hydrothecal aperture circular, directed up- and outwards. Rim even, usually without renovations or with a few short ones. Some hydrothecae with closing apparatus consisting of a deciduous circular flap of variable attachment.

Coppiniae fusiform, up to 35 mm long. Gonothecae arranged around stem and branches, tightly packed, polygonal in cross section. Aperture at the end of a long neck. Without defensive tubes.

The coppinia was first described by Vervoort & Watson (2003). Those in the present material perfectly agree with that description.

The material from the Tasman Sea (26/1826 and 26/1818) has distinctly smaller hydrothecae than the material from the south-west Atlantic, but it agrees in the remaining features, including the size of the nematocysts. It is also worth mentioning that the hydrothecal aperture reaches the minimum size reported by Vervoort & Watson (2003) in waters of New Zealand. The Tasman material also agrees with the material from CHACAL 2 DW 76, from the Norfolk Ridge area, a 14-mm-high stem dubiously assigned by Peña Cantero & Vervoort (2010) to A. operculata   .

Peña Cantero & Vervoort (2010) considered doubtful the records by Watson (2003) and Vervoort & Watson (2003), because they did not include information about the cnidome and the genus has shown to have an unexpected diversity. Our material from the Tasman Sea has however larger nematocysts similar to those from the southwest Atlantic. As a result, it is likely that Watson’s (2003) material and that studied by Vervoort & Watson (2003) also belong to this species. Of course, it would be necessary to study the cnidome to be completely certain, but the remaining characters point to it.

Ecology and distribution. Acryptolaria operculata   had been reported at depths from 98 ( El Beshbeeshy 2011) to 1420 m ( Watson 2003); the present material was collected between 124 and 2044, in the southwest Atlantic, and between 913 and 4740 m, in the Tasman Sea, considerably extending its lower bathymetric limit. Coppiniae in material collected in December in the Tasman Sea. Peña Cantero & Vervoort (2010) found the species on corals, Soto Àngel & Peña Cantero (2015) on dead gorgonians, Watson (2003) on primnoid gorgonian, and Vervoort & Watson (2003) on rock, stylasterids and corals.

Acryptolaria operculata   seems to be a sub-Antarctic species, penetrating into Antarctic waters along the Scotia Arc (at least up to Discovery Bank). Its confirmed known distribution only included sub-Antarctic waters of the Patagonian shelf ( Stepanjants 1979; El Beshbeeshy 2011). Soto Àngel & Peña Cantero (2015) first recorded it also from Antarctic waters; in particular, apart from the sub-Antarctic Burdwood Bank, they reported it along the Scotia Arc islands, from Shag Rocks to Discovery Bank. As indicated above, the species has also been recorded from the Macquarie region ( Watson 2003) and New Zealand waters ( Vervoort & Watson 2003). Present material mostly comes from the area between Staten Island (Tierra del Fuego), the Falkland Islands and South Georgia, but also from the Tasman Sea, west of New Zealand. 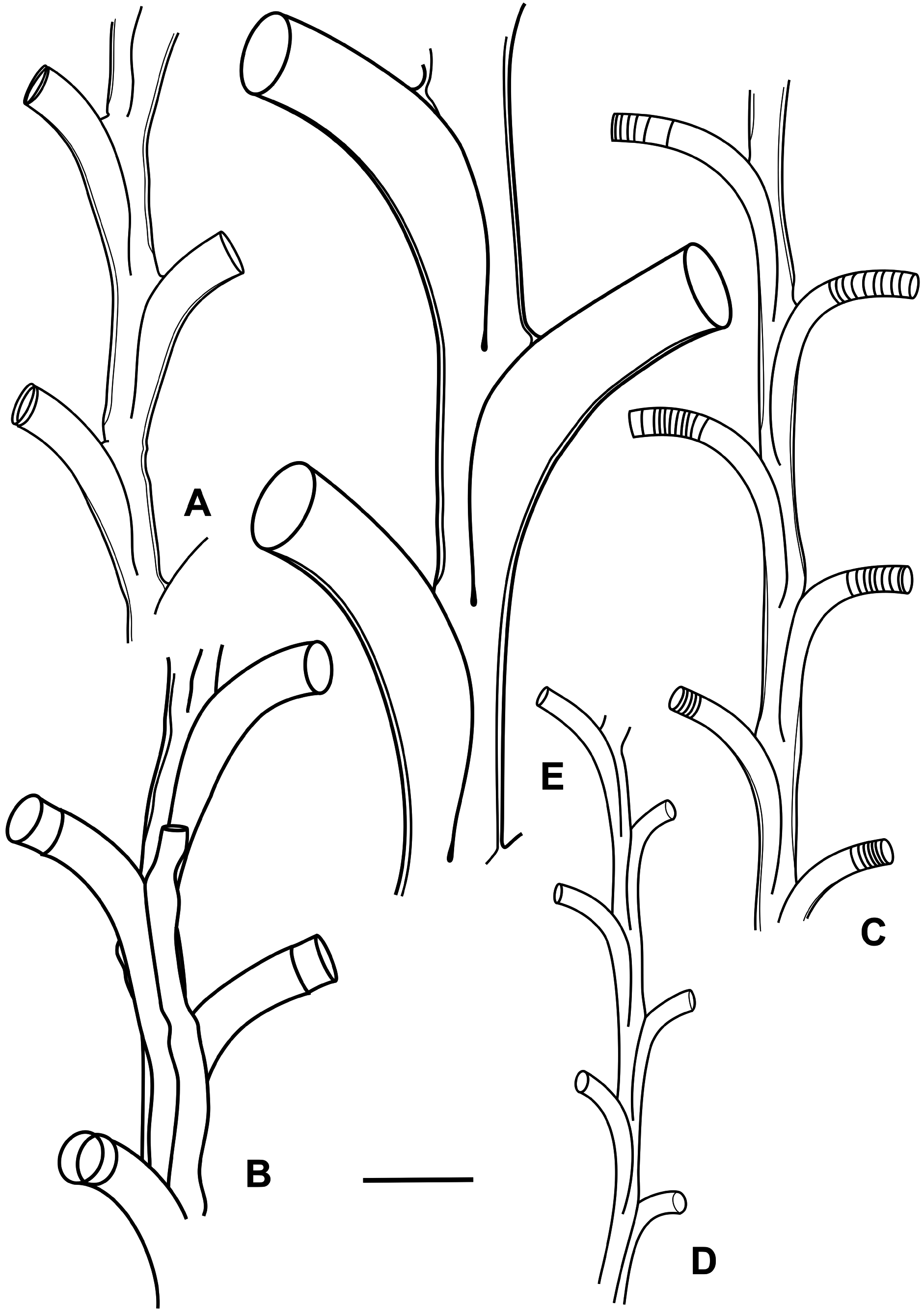 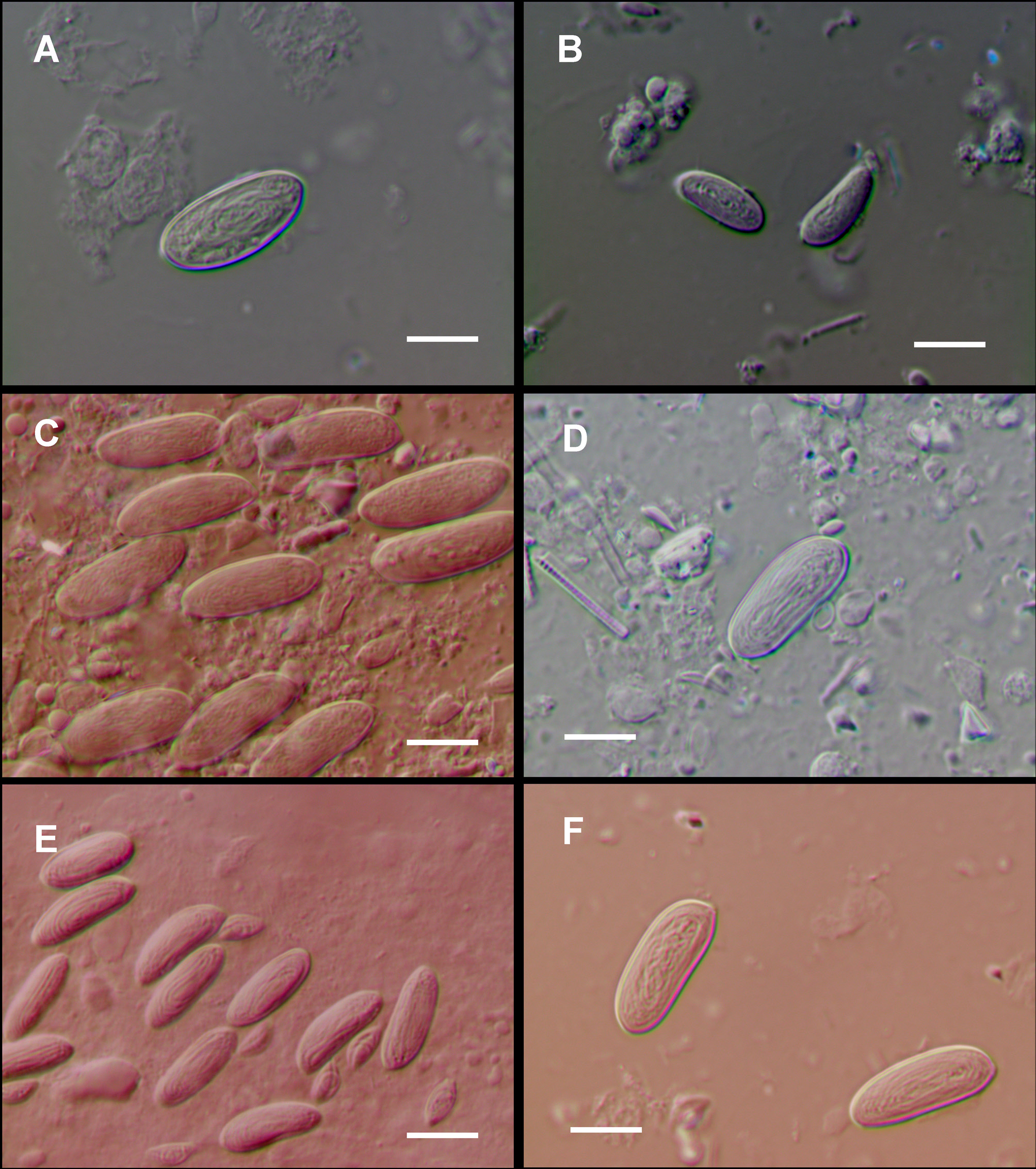