This species is dedicated to my great friend Kent Martin, who provided me with all the natural and cultural knowledge necessary to survive a year as a researcher in Australia. As Kent put it himself, the species furthermore has a certain adventurous air to it, which also is the case for its eponym.

Forewing length 4.4–6.4 mm (holotype: 6.4). Antenna with 37–39 flagellomeres in both sexes (38). Head between eye and antennal base with protrusion ( Fig. 1View Fig. 1). Ocelli of male not enlarged, distance of hind ocellus to compound eye about 1.5 times diameter of ocellus. Mesoscutum about as long as wide. Mesopleuron smooth and shining between strong punctures, with parallel wrinkles especially in anterior half and with large impunctate area around speculum. Area superomedia of propodeum wider than long, as long as wide, to up to 1.5 times longer than wide (wider than long); areas of propodeum smooth and shining between strong punctures. Portion of ovipositor that protrudes from metasoma 1.15–1.7 (1.7) times as long as hind tibia.

Head Clypeus moderately large, wide, convex when viewed from side, margin convex; mandibles with lower tooth longer than upper tooth. Occipital carina complete, evenly arched or straight to slightly dipped above. Genal carina joining oral carina briefly before reaching base of mandible. Whole head coriaceous and matt, face and clypeus with dense and strong punctures, vertex with some sparse punctures. Antenna with last flagellomeres about as long as wide, scape excised at an angle of about 50°. 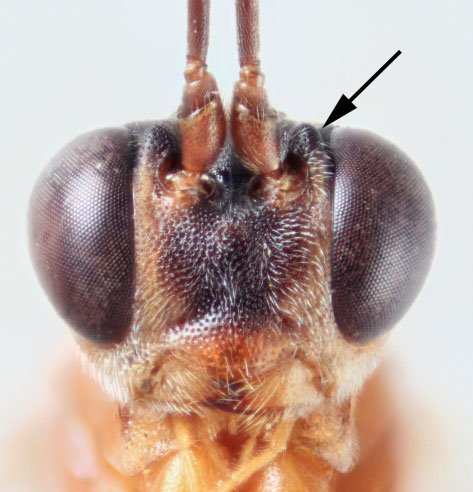 Fig. 1. Protrusion between the compound eye and antennal bases as shown in Dimophora kentmartini sp. n. 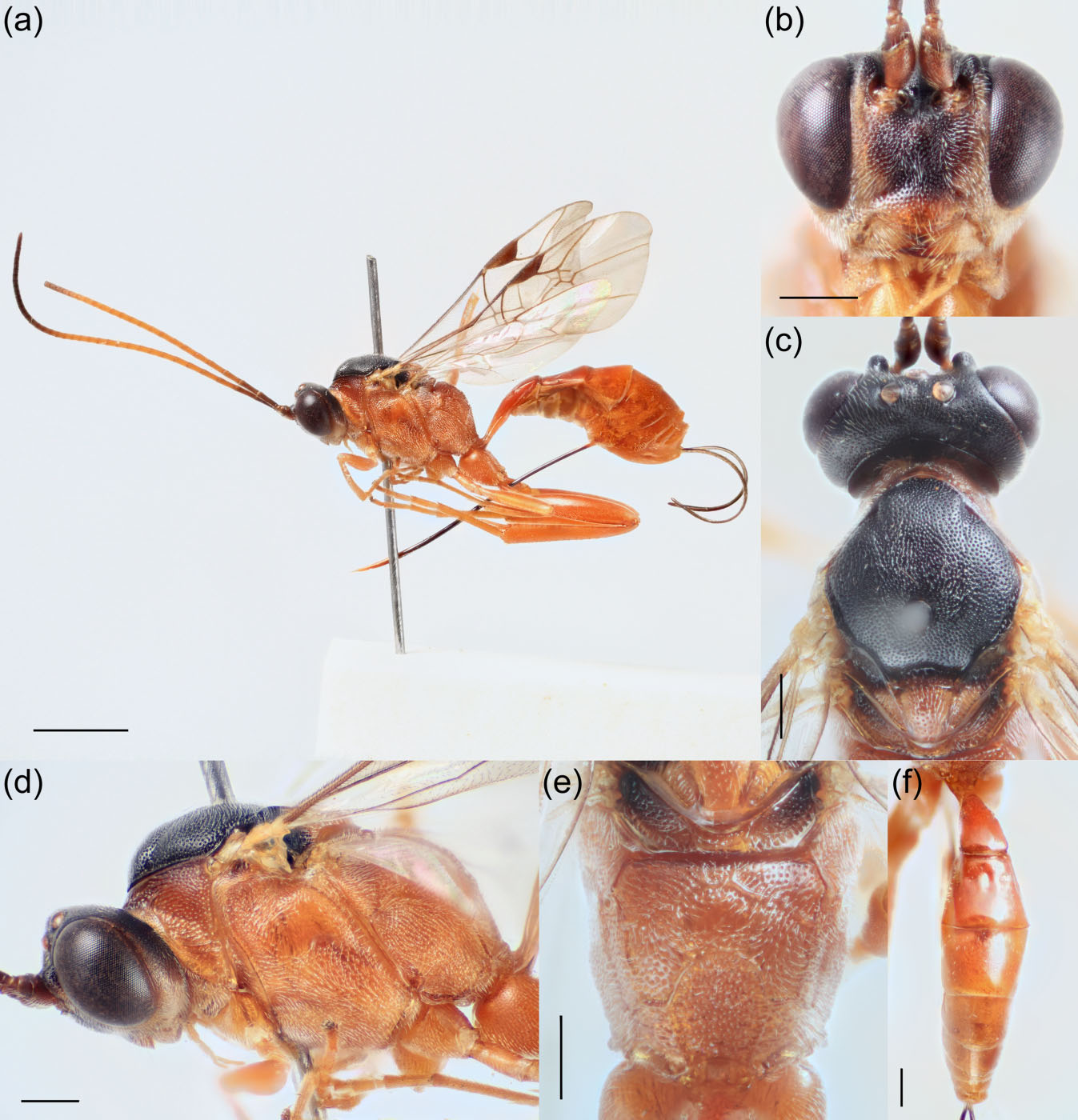