Forewing length 4.6–4.8 mm (European specimens: 4.3–5.8). Antenna in males with 34 flagellomeres (31 in European specimens, including a female). Head between eye and antennal base flat, without protrusion. Ocelli of male not enlarged, distance of hind ocellus to compound eye about 1.5–1.8 times the diameter of ocellus. Mesoscutum about as long as wide. Mesopleuron weakly to strongly coriaceous between strong punctures and with moderate impunctate area around speculum. Area superomedia of propodeum longer than wide; areas of propodeum smooth and shining between strong punctures. Portion of ovipositor that protrudes from metasoma 1.1 times as long as hind tibia (European specimens, no females from Australia found in collections).

Head Clypeus moderately large, convex when viewed from the side, margin convex; mandibles with lower tooth longer than upper tooth. Occipital carina complete, evenly arched above. Genal carina joining oral carina briefly before reaching base of mandible. Whole head coriaceous and matt, face and clypeus with dense punctures, vertex with some sparse punctures. Antenna with last flagellomeres slightly longer than wide, scape excised at an angle of about 50°.

Head black, orange often apically on clypeus, orange or yellow in malar space, antenna dark. Mesosoma black, legs orange or red, forewing with stigma often lighter in anterior half. Metasoma black, red on apical half of tergite 1 and all of tergites 2 and 3, posterior segments often with light apical bands.

The two males from Australia differ slightly from the specimens seen from Europe, which often lack the yellow colouration in the malar space, have fewer flagellar segments and darkened coxae. However, these differences do not seem to justify the erection of a new species; they might merely be a consequence of the small number of specimens seen from both regions. 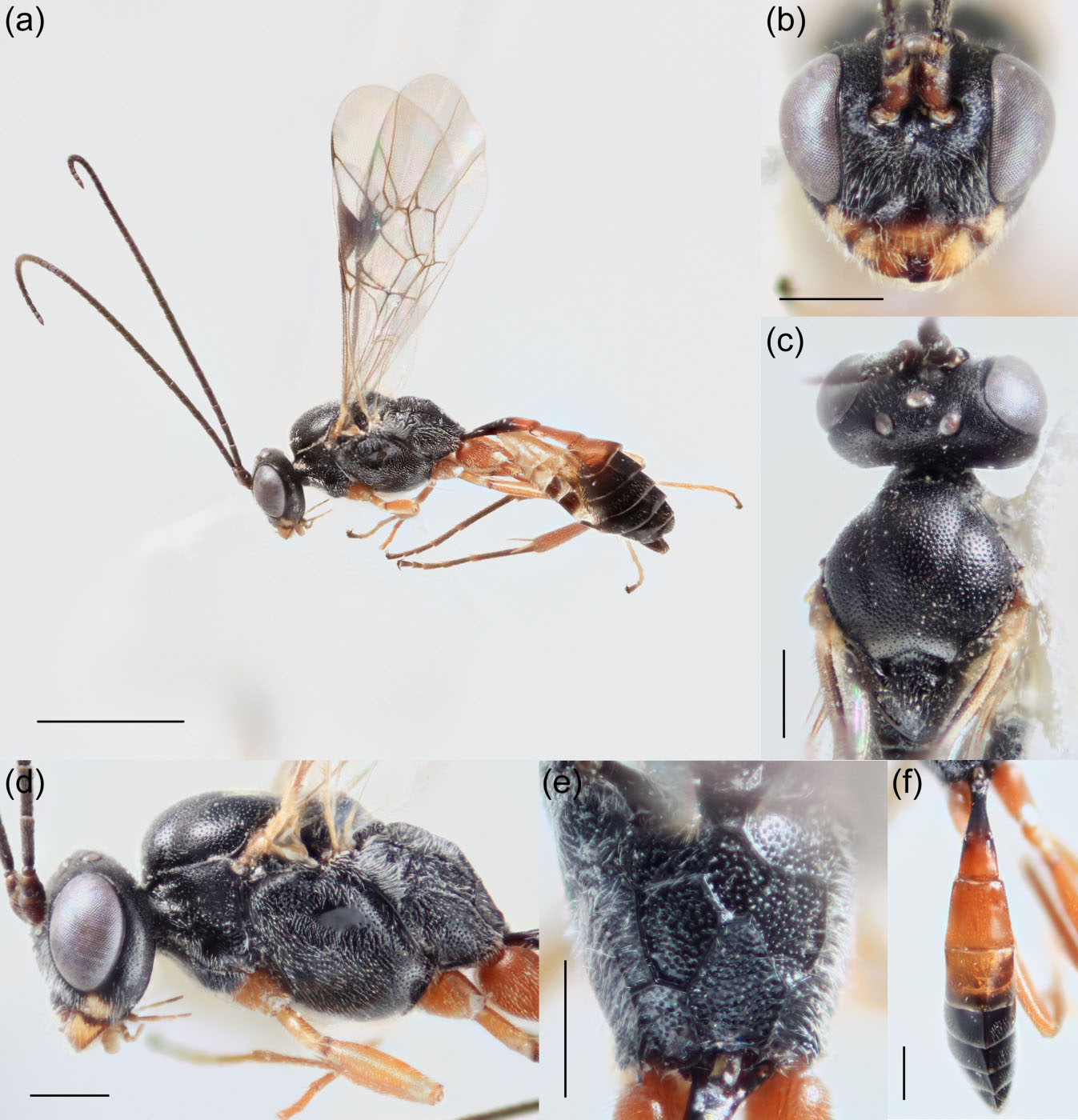