This particularly small Dimophora   species is named after the Low King of the dwarfs, Rhys Rhysson, from the late Terry Pratchett’s novel ‘The Fifth Elephant’, and is dedicated to its inventor and father of the Discworld series. He will be sorely missed.

Forewing length 2.5–2.7 mm (holotype: 2.5). Antenna with 23–24 (23) flagellomeres in both sexes. Head between eye and antennal base flat, without protrusion. Ocelli of male not enlarged, distance of hind ocellus to compound eye about 1.5 or more times diameter of ocellus. Mesoscutum transverse, about 0.8 times as long as wide. Mesopleuron coriaceous on whole surface, with weak punctures disappearing against background sculpture, with a small smooth area around speculum. Area superomedia of propodeum about as long as wide to 1.2 times longer than wide; areas of propodeum coriaceous and devoid of punctures. Portion of ovipositor that protrudes from metasoma 0.85 times as long as hind tibia.

Head Clypeus rather small, convex when viewed from side, margin convex; mandibles with lower tooth longer than upper tooth. Occipital carina complete, evenly arched or slightly angled above. Genal carina joining oral carina briefly before reaching base of mandible. Whole head coriaceous and matt, face and clypeus with dense and strong punctures, vertex with some sparse punctures. Antenna with last flagellomeres about as long as wide, scape excised at an angle of about 50°.

Two additional female specimens from Mt. Glorious show very similar characteristics in terms of size, colouration and body shape, but have a strikingly different sculpture on the mesosoma   , with both mesopleuron and the areas of the propodeum entirely smooth and shining between strong punctures. More material needs to be studied to decide whether they represent an additional species or whether these differences are indeed intraspecific. These two females are thus excluded from the type series. 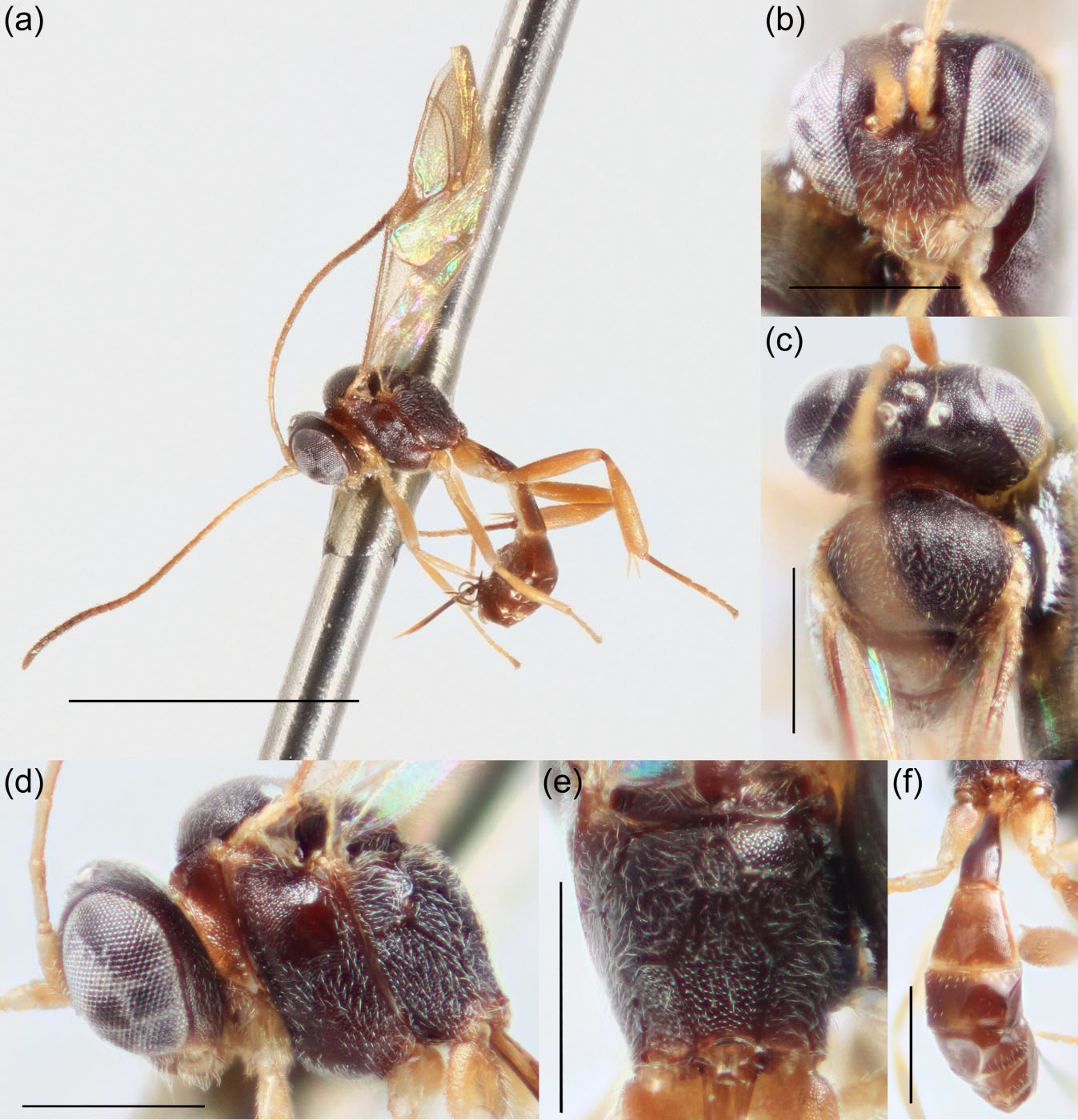