Diagnosis. Because the lectotype lacks its abdomen, it is impossible to unequivocally associate other specimens with C. ocelliferana   . Under this species name we include a large number of specimens from Brazil, Paraguay, and Venezuela that lack the distinctive white costal strigulae characteristic of C. albistrigulana   and C. osana   , and share similar male and female genitalia. The male genitalia are characterized by a more-or-less rounded outer margin of the valva and a flattened, finlike, hooked flange from the dorso-distal tip of the phallus. The female genitalia are characterized by a distinctly V-shaped posterior margin of sternum 7, similar to that of C. macrospina   and C. tonsana   .

In the lectotype, the bend in the distal 0.4 of the costa of the forewing is at a greater angle than in other specimens associated with the name; however, this feature appears to be somewhat variable among individuals throughout its geographic range. For example, in a pair of specimens from Cacaulandia, Rondônia, Brazil, collected on the same date (Becker no. 80239), one has a distinctly angled costa of the forewing as in the lectotype of C. ocelliferana   ( Fig. 7 View Figures 6–13 ), whereas the other has a more evenly rounded costa. Figure 7 View Figures 6–13 , an image of the lectotype, NHMUK, is considerably darker brown than other images, but this is partially an artifact of lighting.

In the male genitalia of the specimens examined, there is subtle variation in the shape of the valva and in the number of spines along the sacculus, the latter often variable from the left to the right valva of the same specimen. In the female genitalia, the shape of the signum is somewhat variable, as well. Hence, it is likely that the specimens examined represent a species complex rather than a single species, and the trees ( Fig. 1–3 View Figures 1–3 ) also suggests this, although based on short sequences. In specimens from Brazil the signum may have a pair of long slender spines ( Fig. 23 View Figures 22–26 ) or a more typical spindle-shaped signum subtended by a small pair of short slender spines; rarely there is only a spindle-shaped signum (e.g., in specimens from Paraguay).

Distribution and biology. We record this species throughout much of Brazil, south to Paraguay, and northwest to Venezuela, from approximately 100 to 1000 m elevation. A specimen in the NHMUK from Peru may or may not be conspecific with C. ocelliferana   . Nothing is known of the early stages. Captures throughout the year suggest that the species may have continuous generations. 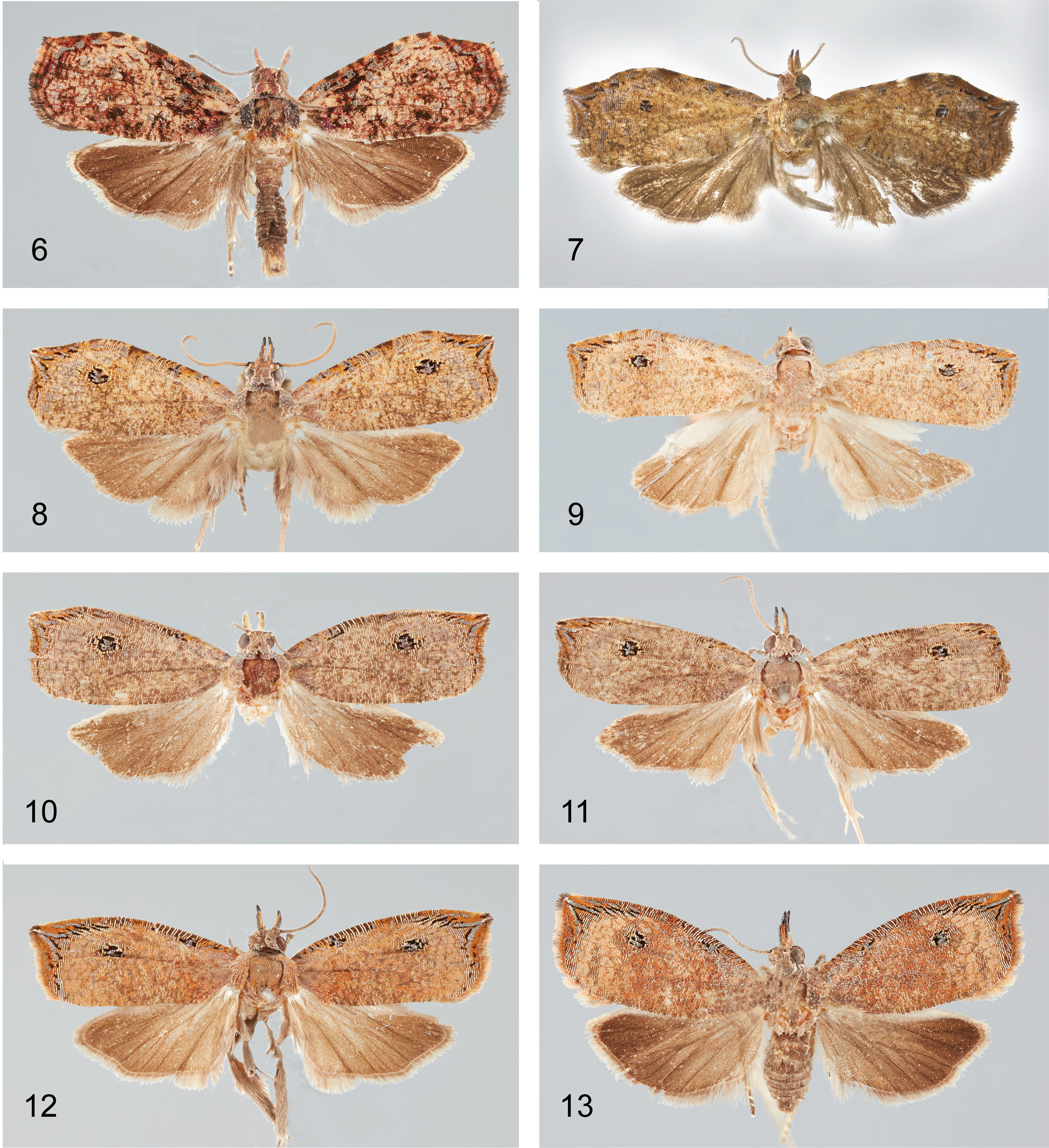 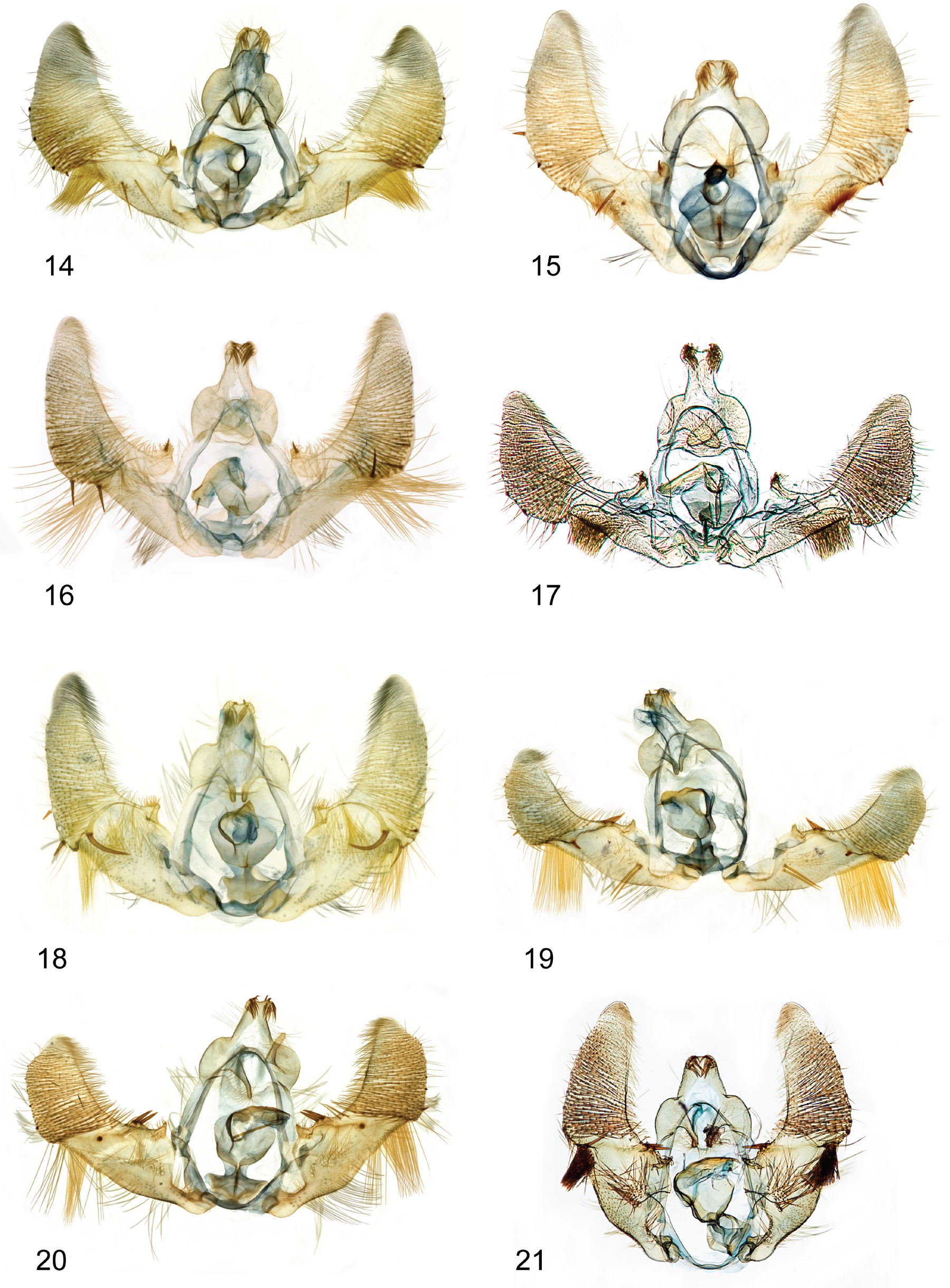 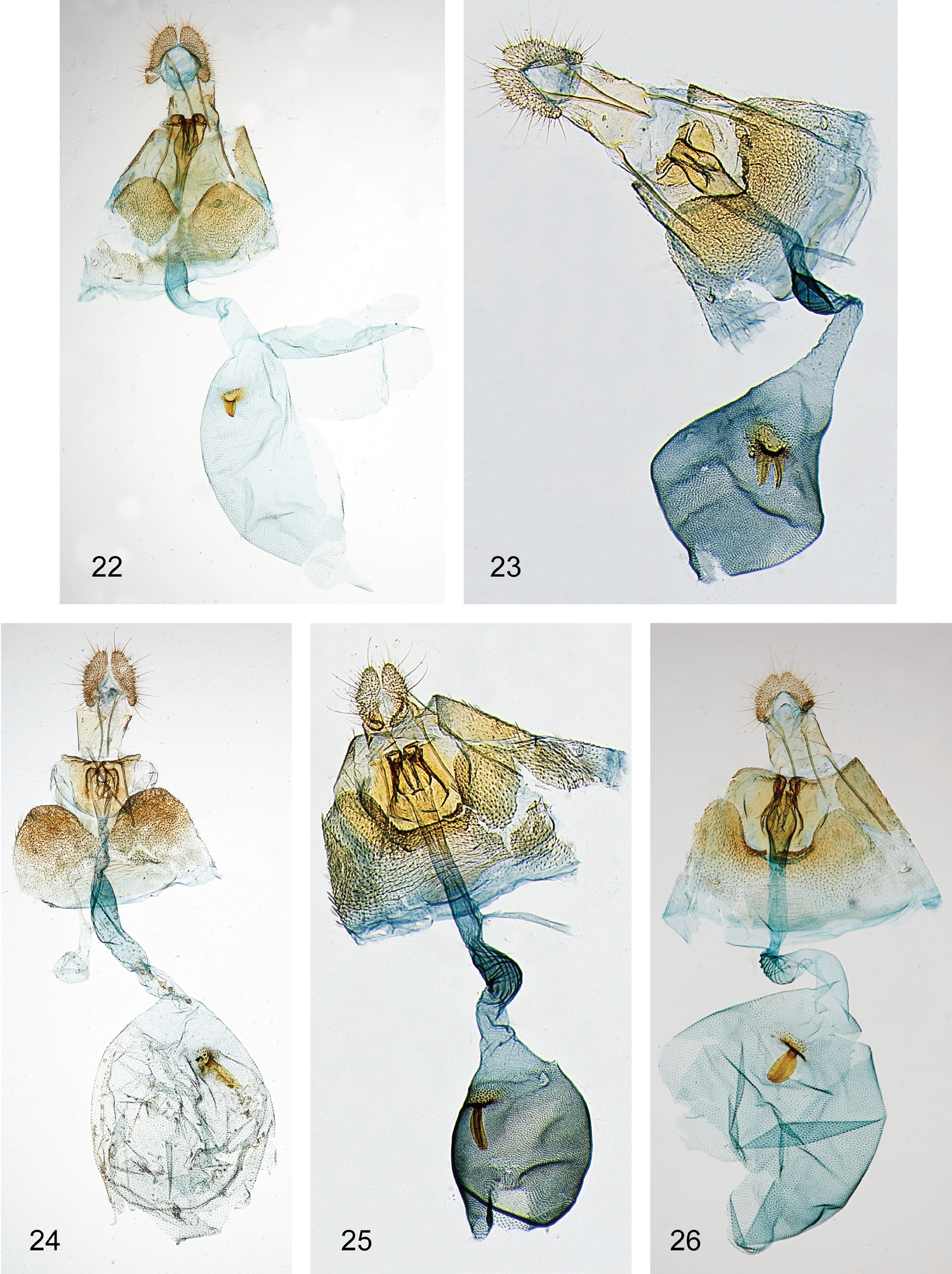