The genus Prada contains three species endemic to mainland New Guinea ( Parsons, 1998). Evans (1949) considered Prada to be closely related to the monotypic Tiacellia Evans, 1949 (also from New Guinea), and he classified this pair within the Plastingia group of the subfamily Hesperiinae , although he noted a possible link with the Trapezitinae . Parsons (1998) pointed out that the male genitalia and hindwing venation of Prada rothschildi (Evans, 1928) was similar to that of Rachelia extrusa (C. & R. Felder, 1867). Subsequently, Atkins (2017) transferred Prada and Tiacellia to the Trapezitinae and suggested that Prada and Tiacellia might be closely related to Trapezites and Rachelia based on study of male genitalia and wing venation. Cong et al. (2019) reached a similar conclusion regarding Prada based on molecular data of a limited set of Trapezitinae (10 species representing 10 genera), in which Prada rothschildi was sister to Trapezites symmomus Hübner, 1823 in most of their analyses, rather than to other members of the Hesperiinae in which Prada has traditionally been placed.

In our comprehensive molecular phylogeny of Trapezitinae , Prada was placed as sister to Trapezites , thus supporting previous views that this genus belongs in the Trapezitinae and not in Hesperiinae . Our analysis also supports, in part, the hypothesis of Atkins (2017) of a close relationship between Prada and Trapezites . Tiacellia , however, was not recovered within the Trapezitinae , falling well outside this subfamily ( Fig. 1 View Figure 1 ). 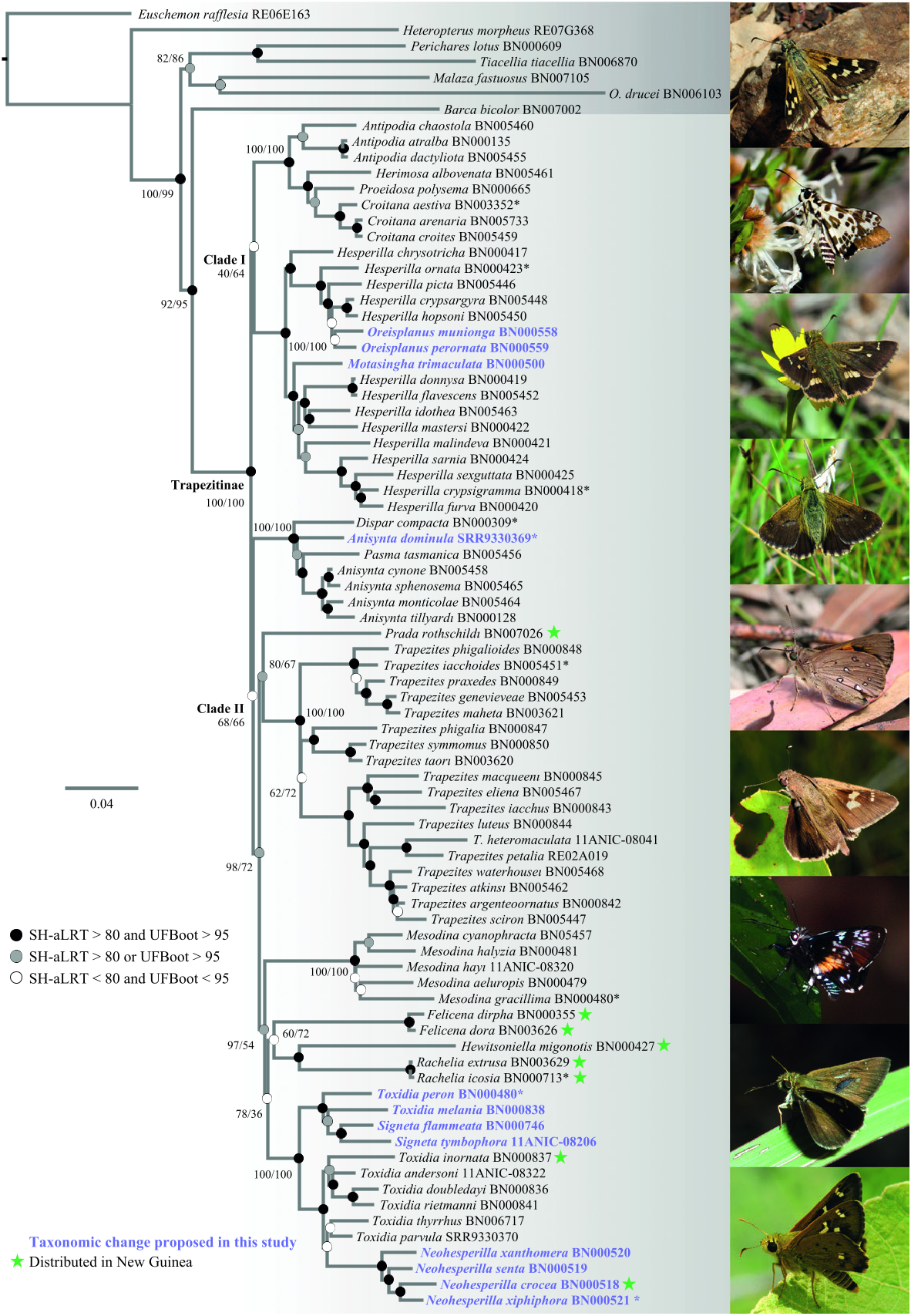 Figure 1. Maximum likelihood molecular phylogeny of the Trapezitinae inferred using a concatenated dataset of five loci (one mitochondrial and four nuclear). Branch support is given according to the embedded key. Taxa for which taxonomic changes are proposed in the present study are highlighted in purple. Photographs of specimens in situ are presented on the right side of the figure, and illustrated species are labelled with a small asterisk (ordered from top to bottom). Photograph credits: Hesperilla ornata © Michael Jefferies; Anisynta dominula © John Tann; Trapezites iacchoides © Steven Brown; Rachelia icosia © C.J.M.; all others are by M.F.B.