At the time of examination the holotype was dry, and therefore precise dimensions of the pinnules could not be obtained. The original description ( Verseveldt and Cohen 1971: 62) indicated that: "The colony is 25 mm high. The stem is 15 mm high and 5-6 mm wide at the base, then narrows to 3-4 mm and widens again to 7 mm or more at the beginning of the polyparium. The anthocodiae are up to 10 mm long... the tentacles are 5-6.5 mm long". It is evident that the dimensions of the dried holotype are smaller than those of the original. The other features of the holotype recorded correspond to the original description, including two rows of pinnules, 17-24 pinnules in the outermost row, and sclerite diameter up to 0.044 mm (vs. 17-23 and 0.042 mm, in the original description). Reinicke (1997) presented a SEM micrograph of a single sclerite of Ovabunda faraunensis   which later led Alderslade (2001) to assign it to the genus Ovabunda   . 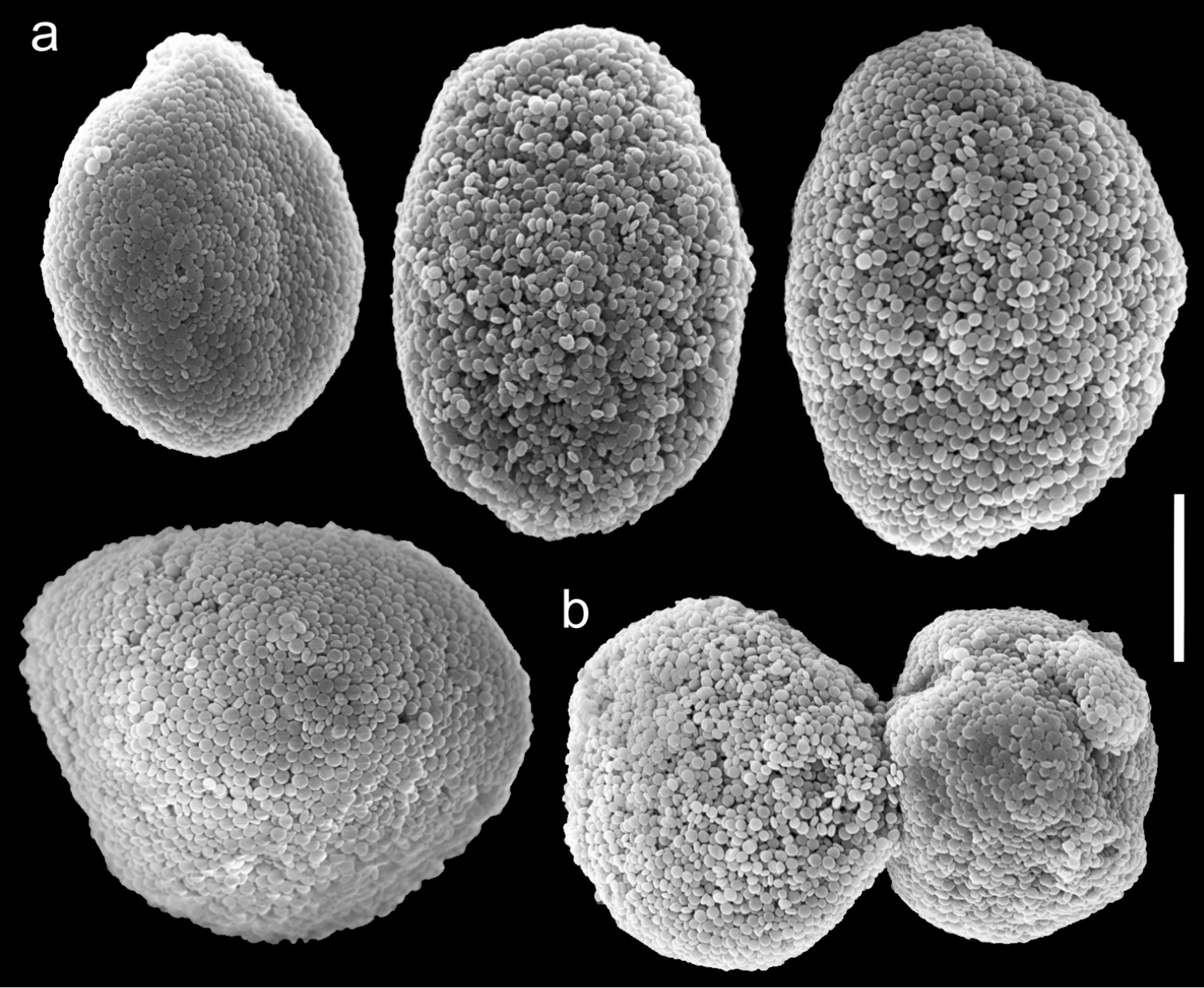