Etymology. The epithet combines the Greek ρηχός (rihos = shallow) and θάλασσα (thalassa = sea) thus ‘of the shallow sea’ denoting that this species can be found at a few meters depth.

Remarks. Specimens from Montague Island and Burrewarra Point, south of Batemans Bay (Other material) differ from the population at the type locality Port Jackson as follows: head front margin spines are broader, the middle spine slightly longer relative to the lateral ones. Head and pereonite spine margins are more heavily denticulate. The medial cuticle projection at uropod insertion is longer and spiny. These differences are consistent, also in small specimens. In all other respects these specimens share diagnostic characters with the type material.

Considering the generally greater level of difference among Pentaceration   species, it does not seem justified, at present, to create a separate species for the Montague Island and Burrewarra Point specimens. Additional material from several places in the presently large distributional gap between the two forms may resolve this issue. 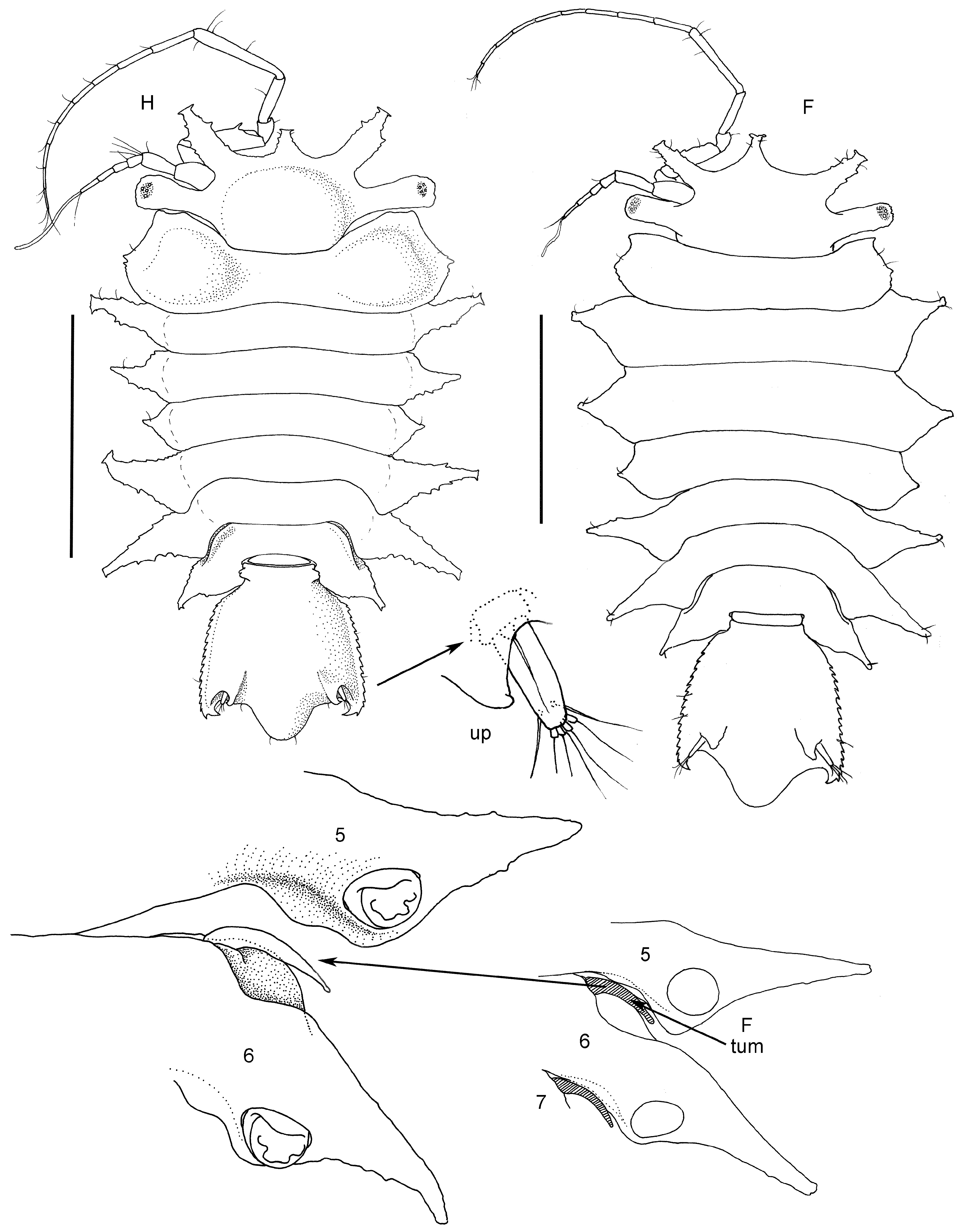 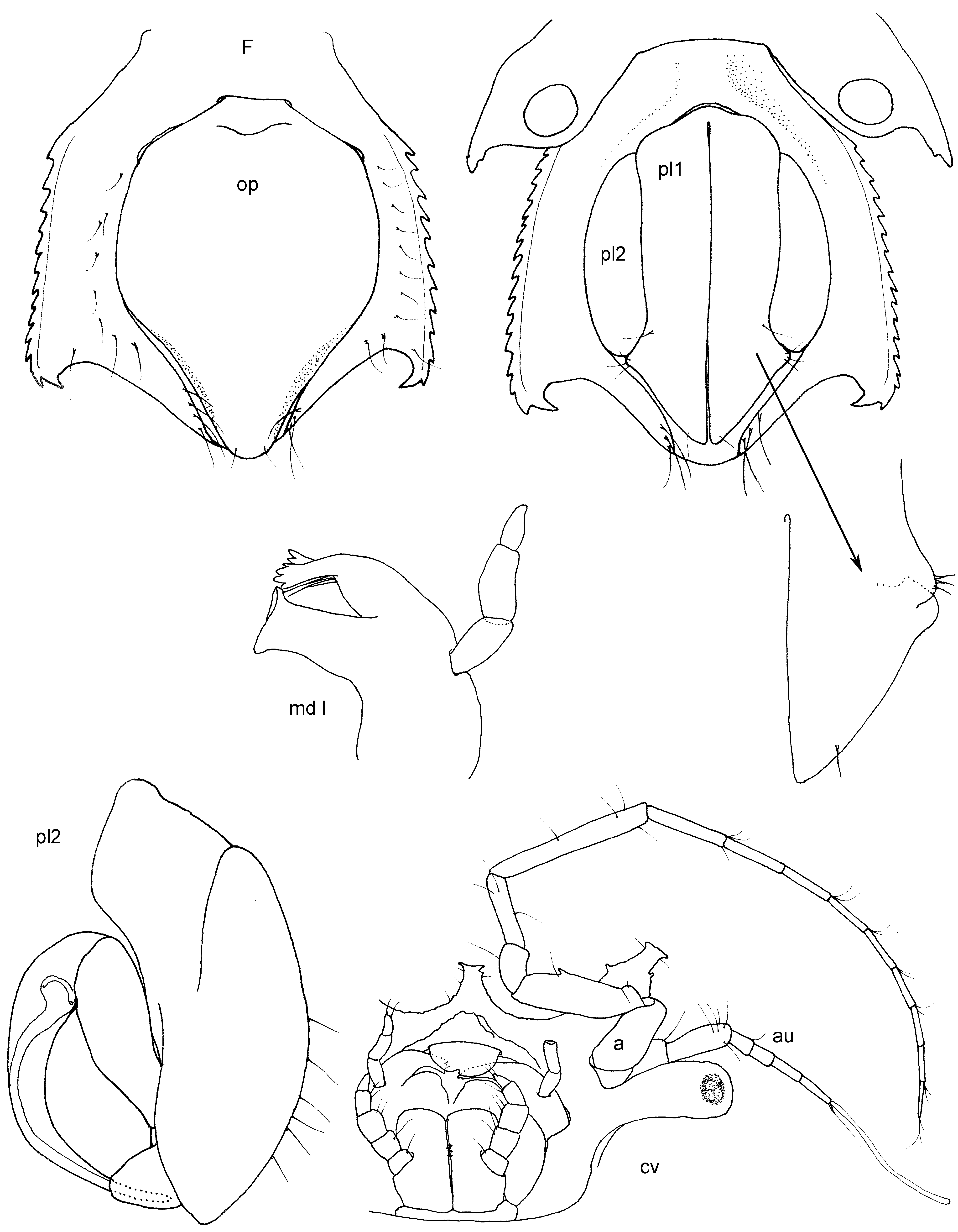 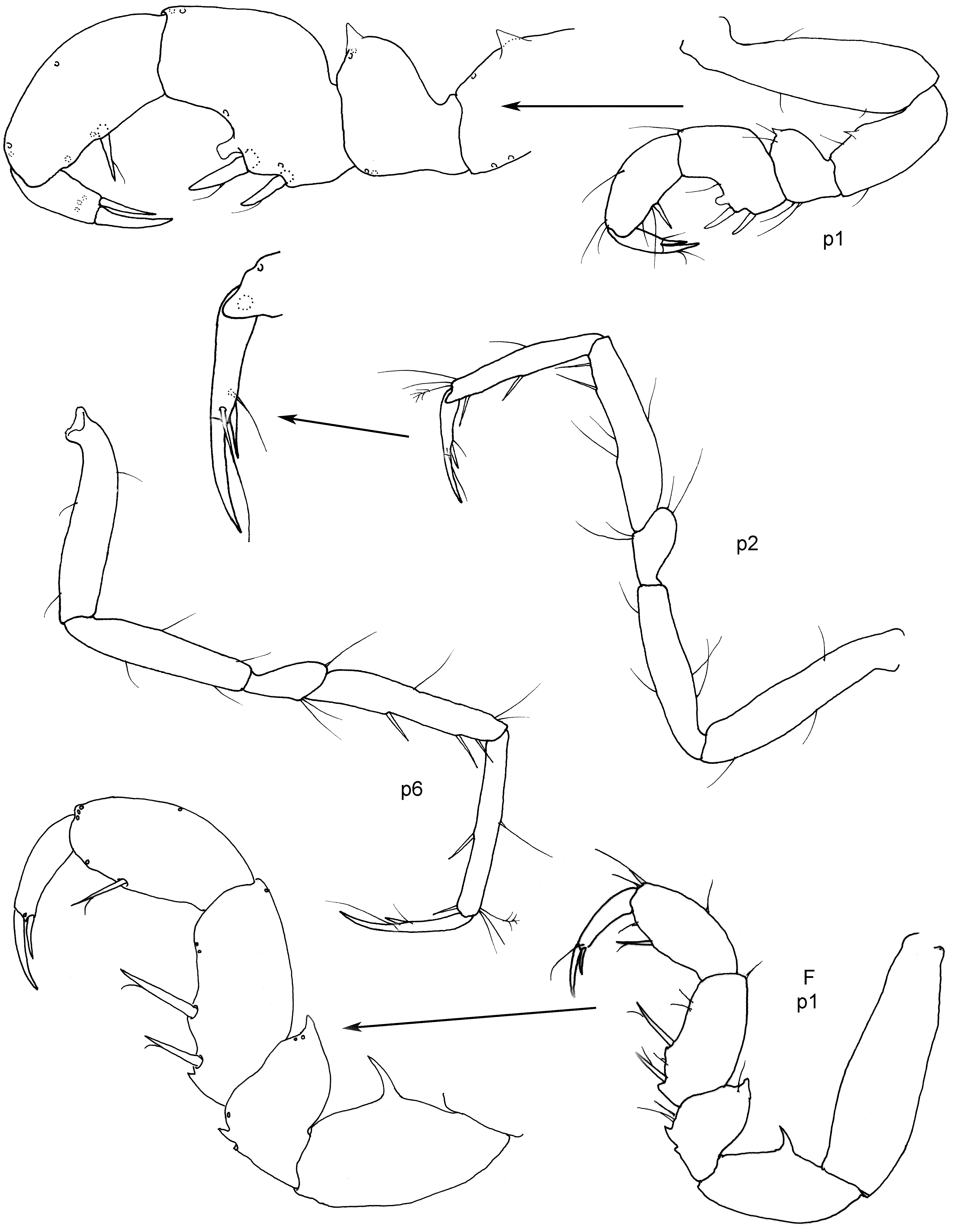