Etymology. The epithet is the Latinized form for New Zealand.

Etymology. The epithet alludes to the numerous setae on head and pereonite spines and notably the long rows of setae on pereonites 5 and 6 posterior margins.

Notes on holotype. The single male found is damaged, especially in the region of pereonites 3–5, and both antennae. The specimen is, however, clearly different from other Pentaceration   species. Being an adult male, probably terminal, it can be described reasonably well and named. No dissection has been made. All details were drawn in situ.

Antennula   articles 1 and 2 somewhat foreshortened in Fig. 36 View FIGURE 36 au, but article 1 shorter and broader than 2, 3 and 4 subequal, slightly shorter than 5 and 6. 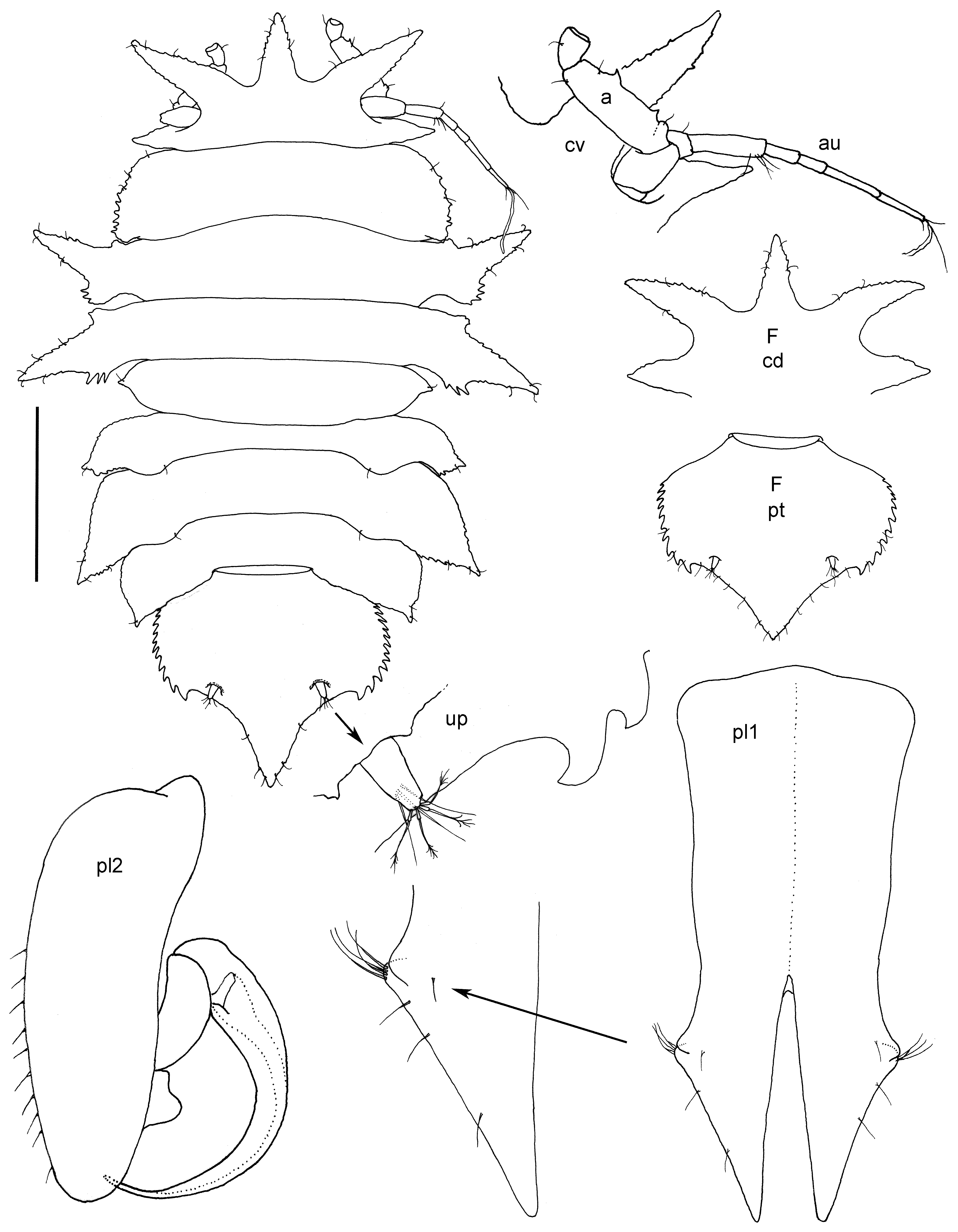 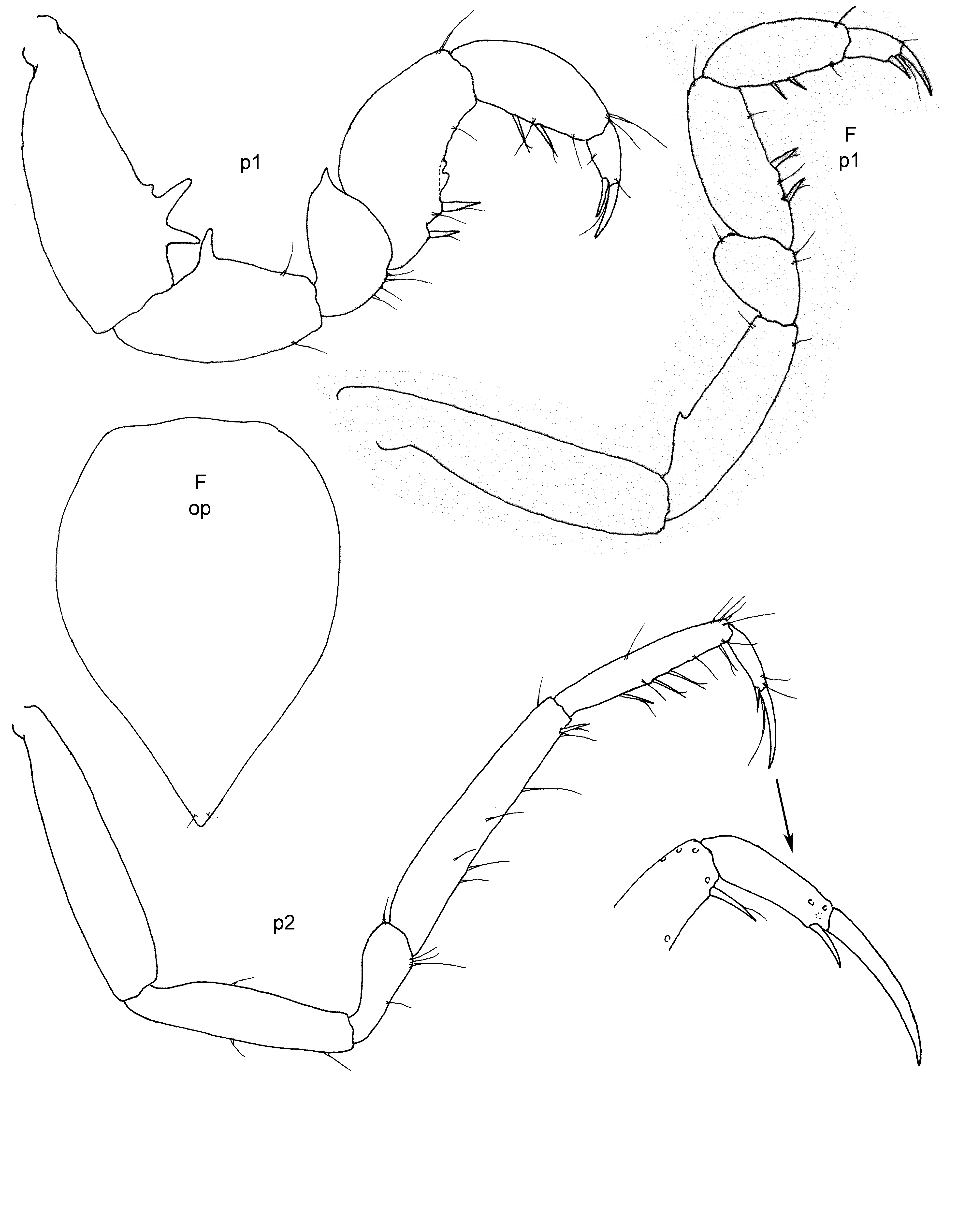 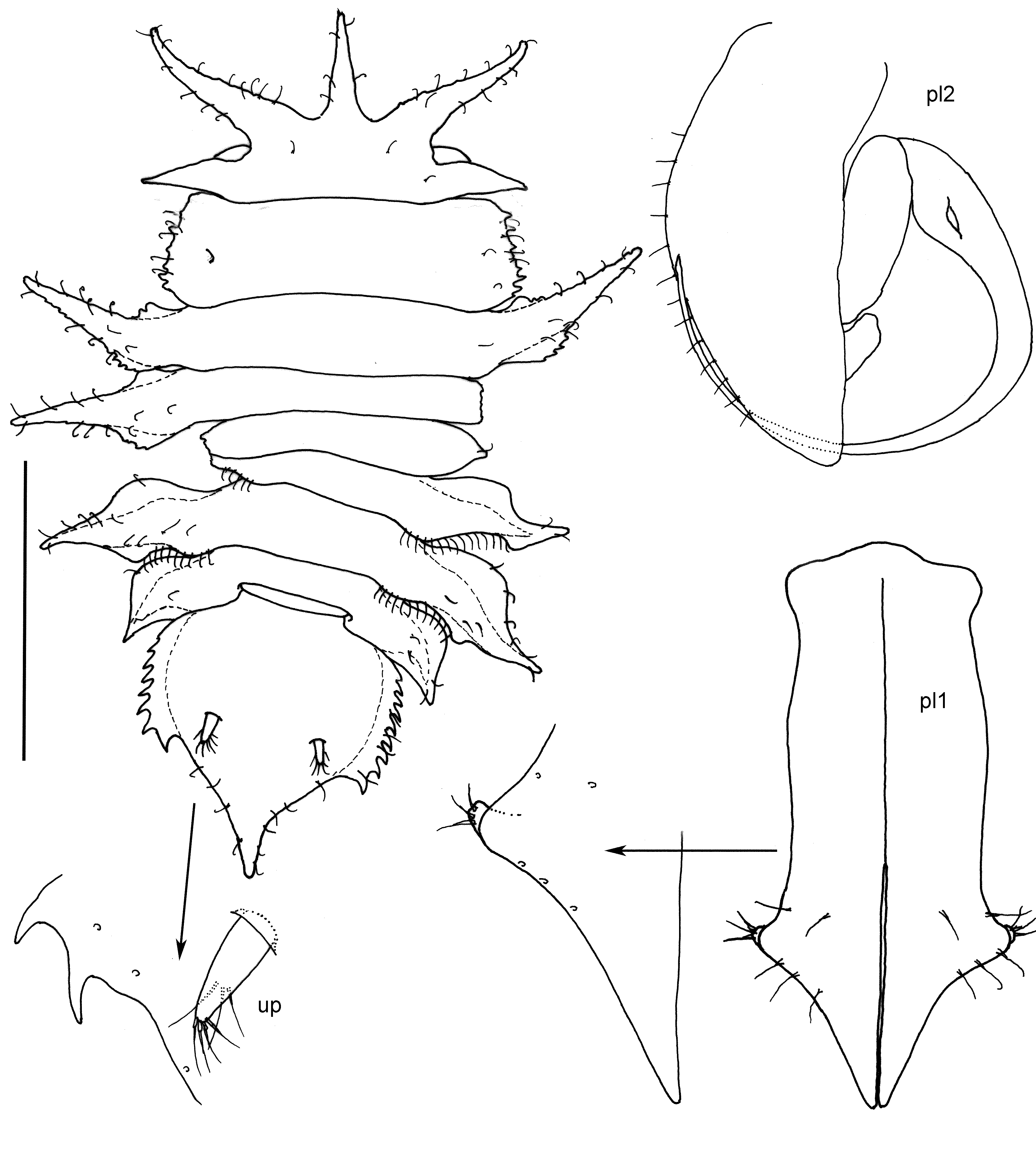 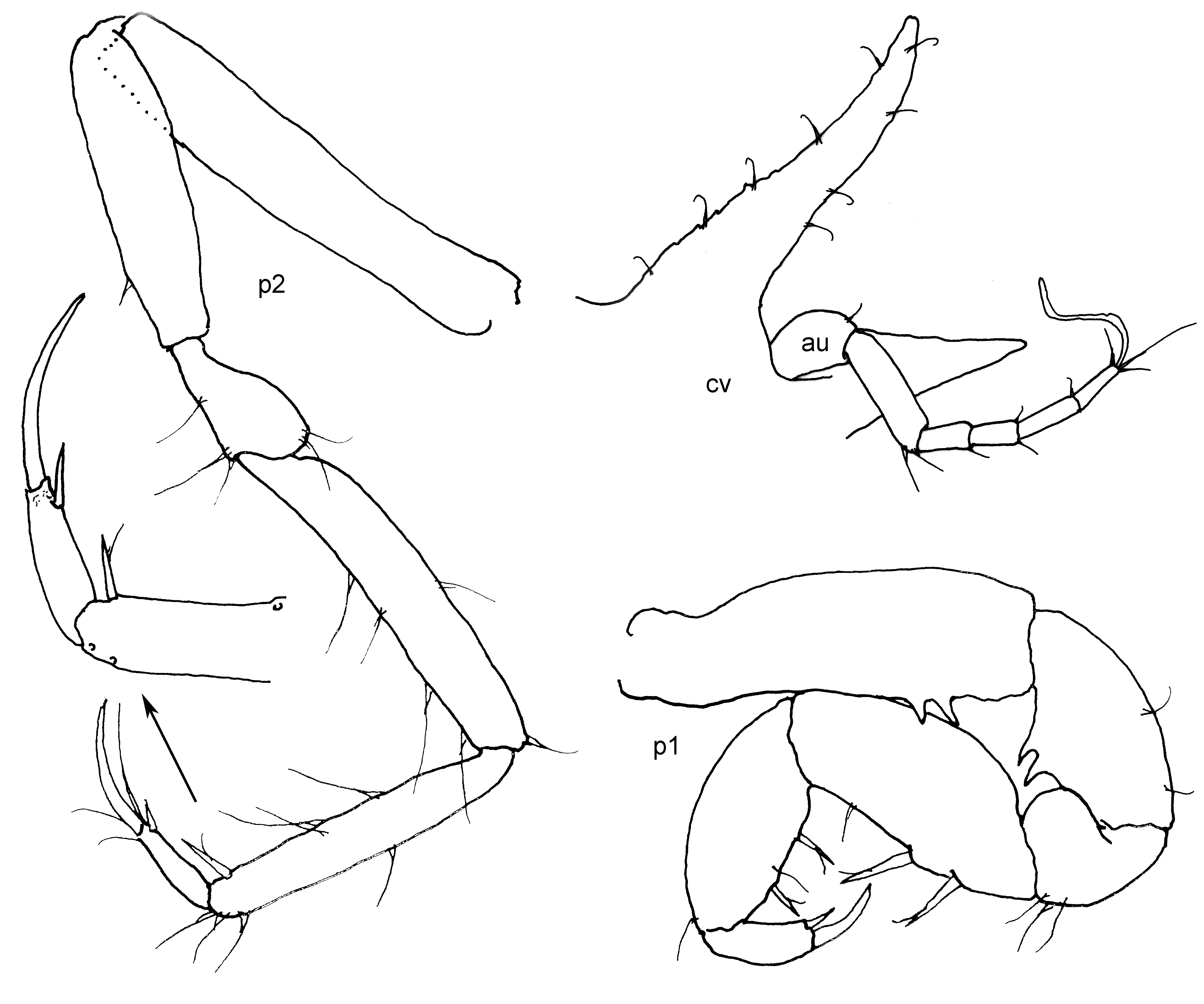