A single colony of about thirty zooids was collected during the Atimo Vatae survey (Fig; 18 A), but a second colony from Tulear comes from P. Vasseur material. The dichotomic ramification of the colonies is that described and figured n by Millar. Several ramified lobes arise from a common base; each group measures about 3.5cm. The thorax ( Fig. 18 View FIGURE 18 C) and the abdomen ( Fig. 18 View FIGURE 18 B) are enclosed independently in a sandy tunic but their post-abdomens are united in a common peduncle.

The colony from the south of Madagascar is only female with ovaries and larvae. The colony from Tulear is male with a short double row of testis vesicles in the post-abdomen at a short distance from the gut loop. All zooids have 15 rows of stigmata, without parastigmatic vessels ( Fig. 18 View FIGURE 18 D). The larvae 1.2mm long are as described and figured by Millar. 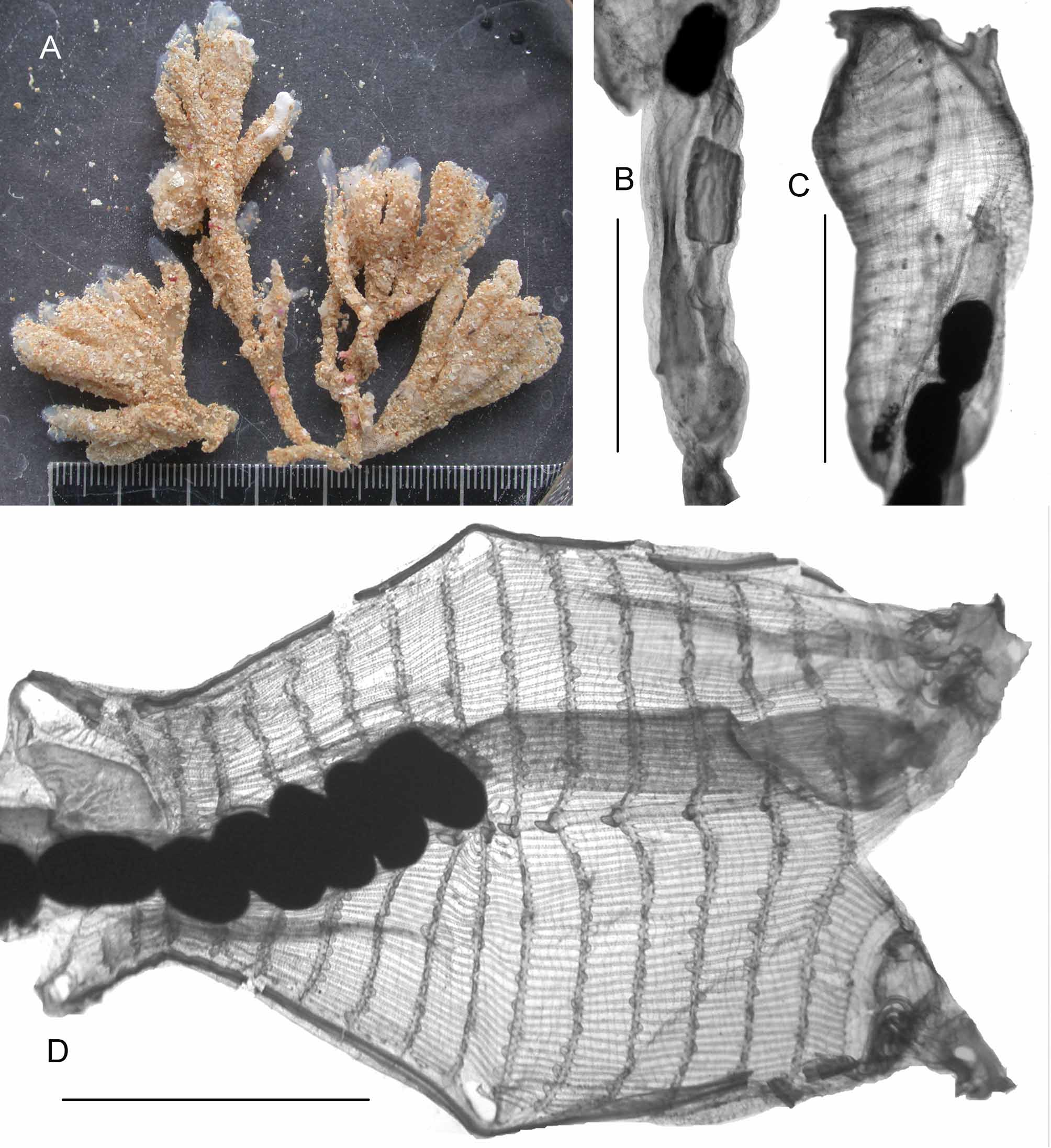