The single colony is made of 7 bunches of zooids, each 11cm long, settled as a botanic ear-shaped inflorescence ( Fig. 19 View FIGURE 19. A, B AB). The stems of these clusters are united at their base. The zooids are closely packed, totally isolated from each other and only attached on the common stem at their base. The tunic embedded with sand is easily removed from the body. Both siphons are apical in a short tube ending in 6 lobes. The atrial siphon is curved toward the outside ( Fig. 20 View FIGURE 20 C). The musculature is made of longitudinal and transverse fibres regularly crossed to design square meshes. The tentacles are numerous, in two orders of size in a ring. The dorsal tubercle is urnshaped. The branchial sac has 13 rows of stigmata the last one is incomplete ( Fig. 20 View FIGURE 20 A). In the middle of the branchial sac on the right side I numbered 32 stigmata in a half row and 12 papillae on the transverse vessel. There are no parastigmatic vessels. The abdomen is shorter than the thorax and separated by a narrowing ( Fig. 20 View FIGURE 20 C). The stomach wall has about 16 folds more or less interrupted. The post-stomach is annular. The rectum begins in the ascending part of the loop with a caecum facing the annular post-stomach. The abdomen gives way to the postabdomen without constriction and becomes progressively thinner to enter the peduncle. The ovary is located close to the gut loop. No testis has been found in any of the colony lobes. A single larva ( Fig. 20 View FIGURE 20 B) is incubated in the atrial cavity with a trunk 1.2mm long and the tail is coiled in one and a half turn. The 3 adhesive papillae diverge being separated by 2 odd vesicles. A large number of small ampullae are found anteriorly on each side, they reach dorsally the embryonic thorax and ventrally the origin of the tail ( Fig. 20 View FIGURE 20 B). Ocellus and otolith are present.

The anatomy of the zooids of Monniotus spica   n. sp. is the same as in M. ramosus Millar, 1988   , except the colony shape and less stigmata rows in the branchial sac. 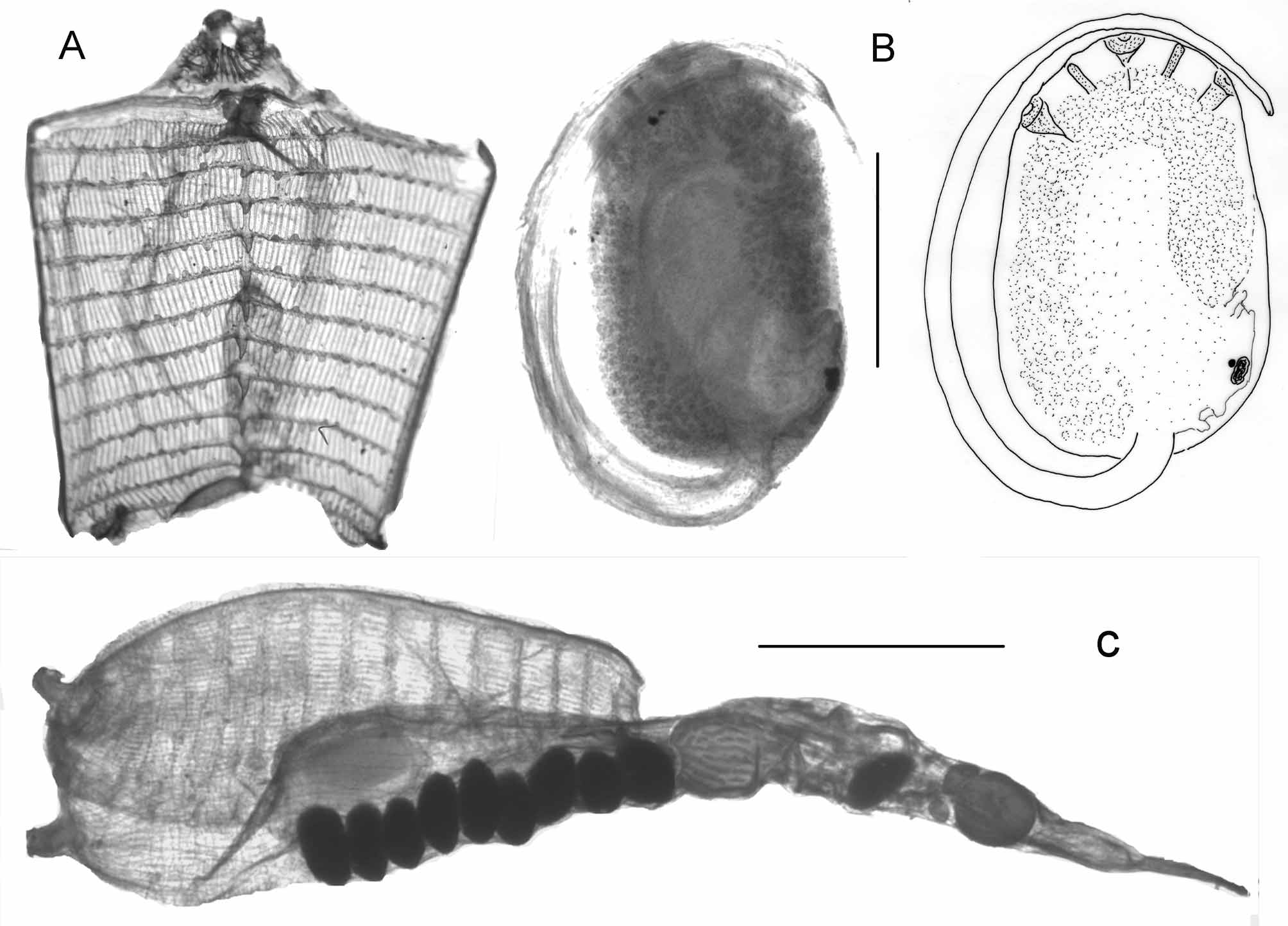 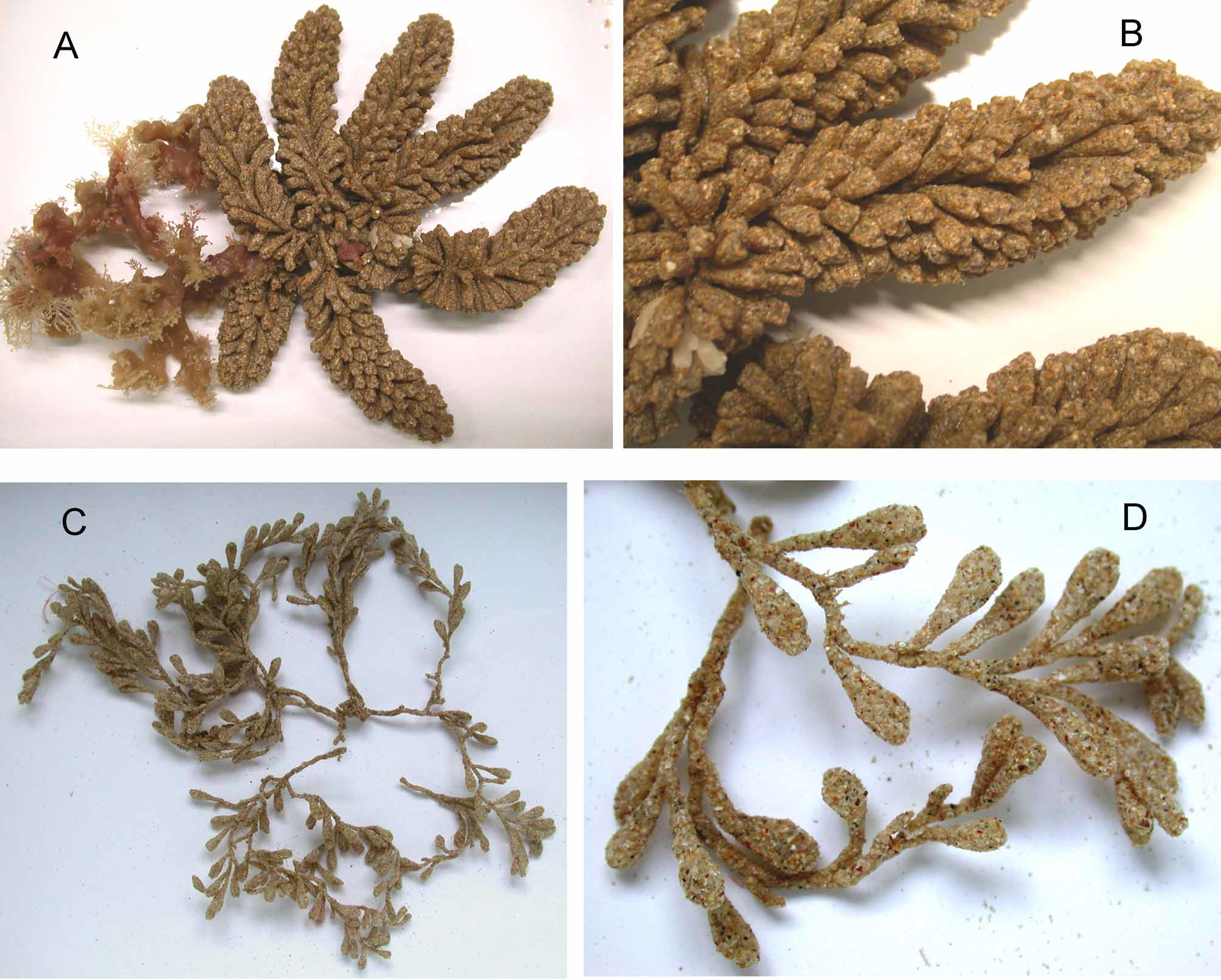