The colonies are made of a bush of lobes erect on sandy stalks, exactly as described and figured by Millar (1967). The bulbous top of a zooid is about 5mm in diameter, the stalk reaches 20mm. In formalin the zooids removed from the tunic are yellow and the testis lobes are often pink. The post-abdomen is particularly long, the ovary is far from the abdomen and the testis vesicles lie behind the ovary but do not reach the extremity of the postabdomen. A long vascular process penetrates into the common peduncle of the colony lobes. No larvae have been found.

The geographic distribution is wide: Madagascar and Maldives in the Indian Ocean and New Caledonia in the south-west Pacific. 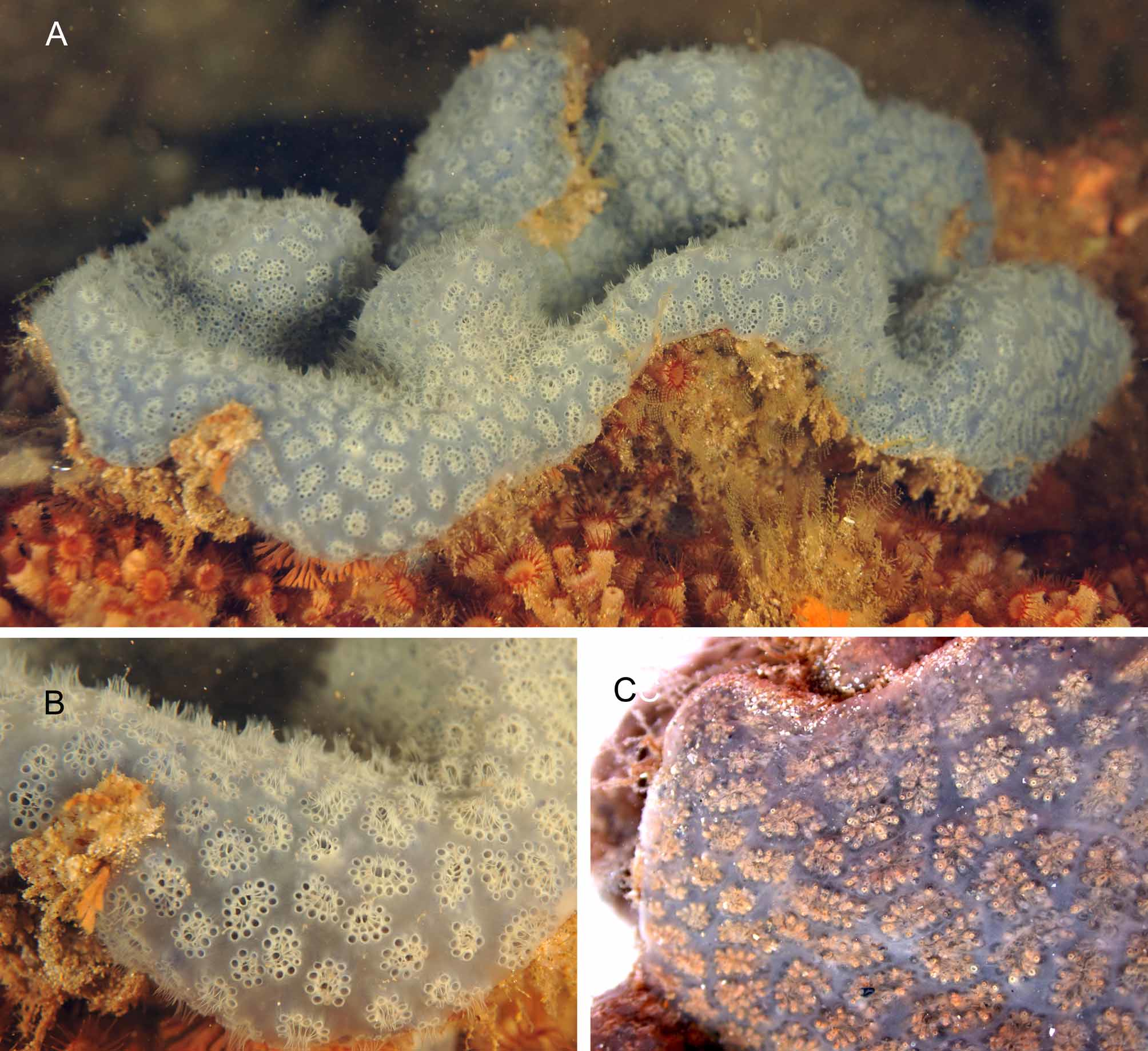