In a cushion 4cm in diameter and 2.2cm thick ( Fig. 4 A View FIGURE 4. A ), the colony was attached along its whole base. The colour in life was probably red and turned brown in formalin. The circular systems are obvious according to the absence of sand grains around the common cloacal apertures. The incrustation of sand is limited to the colony surface and the basal layer. Rare particles are found between the zooids into the soft and transparent tunic. The zooids, in regular rings, occupy the whole thickness of the colony by their long post-abdomen. They are pigmented in red. The oral aperture has 6 lobes. The atrial siphon has an uncommon structure ( Fig. 3 View FIGURE 3 A,F). A simple languet arises from the dorsal side of the aperture. In addition a thread-like languet prolongs the posterior rim of the siphon. Another languet protrudes from the dorsal body wall behind the atrial siphon. The musculature is made of 5 longitudinal muscle fibres limited to the thoracic half length. There are 12 to 13 rows of stigmata ( Fig. 3 View FIGURE 3 B). The gut loop ( Fig. 3 View FIGURE 3 C,E) is wide with well separate segments. The oesophagus is slightly inflated in its middle part. The stomach is asymmetrical with more than 20 folds ending in sharp tips at the oesophagus entrance. The annular post-stomach is followed by an ampulla. The rectum begins with caeca. The ovary is at some distance from the gut. The testis vesicles occupy the first half length of the post-abdomen ( Fig. 3 View FIGURE 3 D). The sperm duct remains bright red in formalin. No larvae have been found.

This species differs from other Aplidium   having a dozen of stigmata rows and numerous stomach folds by the peculiar structure of the atrial siphon. 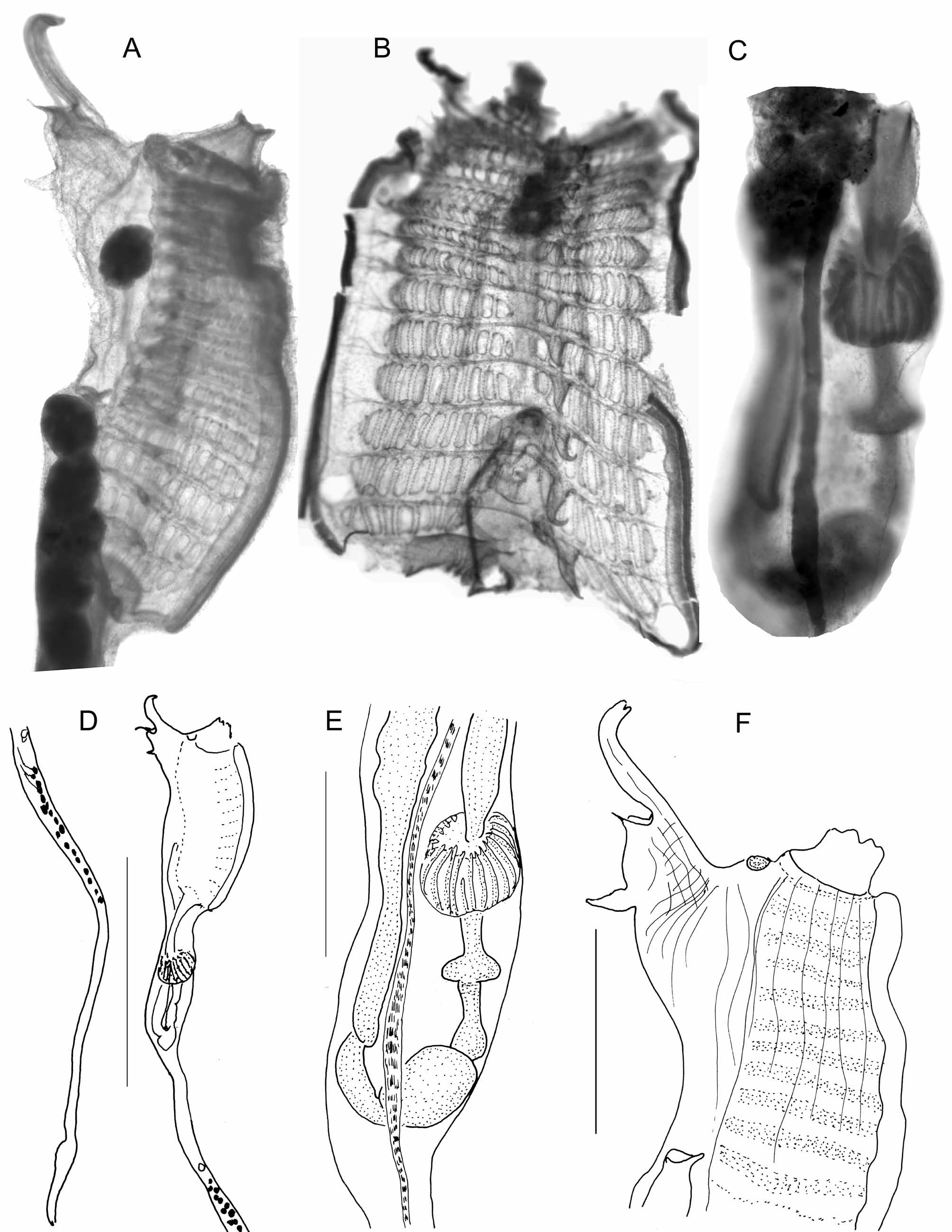