Male genitalia largely as described in the generic description, slightly larger than that of the type-species, but not clearly distinguishable, only slight, gradual differences present. The broader central part of juxta and the smaller, semicircular incisions more basally may be diagnostic, but this has to be studied on a larger number of specimens. Aedeagus a little longer and the shaft broader, but the group of teeth on vesica less numerous, teeth larger and base of vesica free of many small to minute teeth, as present in P. conisaria   .

Female genitalia. Largely as described in generic description, colliculum of ductus bursae present. The long, fluted posterior part of corpus bursae gradually getting wider towards bursa and there with a broad, more strongly and irregularly fluted and scobinate area. The membranous anterior part of corpus bursae copulatrix is moderately large and oval, the signum rather large with a small opening and a broad sclerotized band with big, triangular marginal teeth. Modified 8 th segment and floricomous papillae anales as described above. 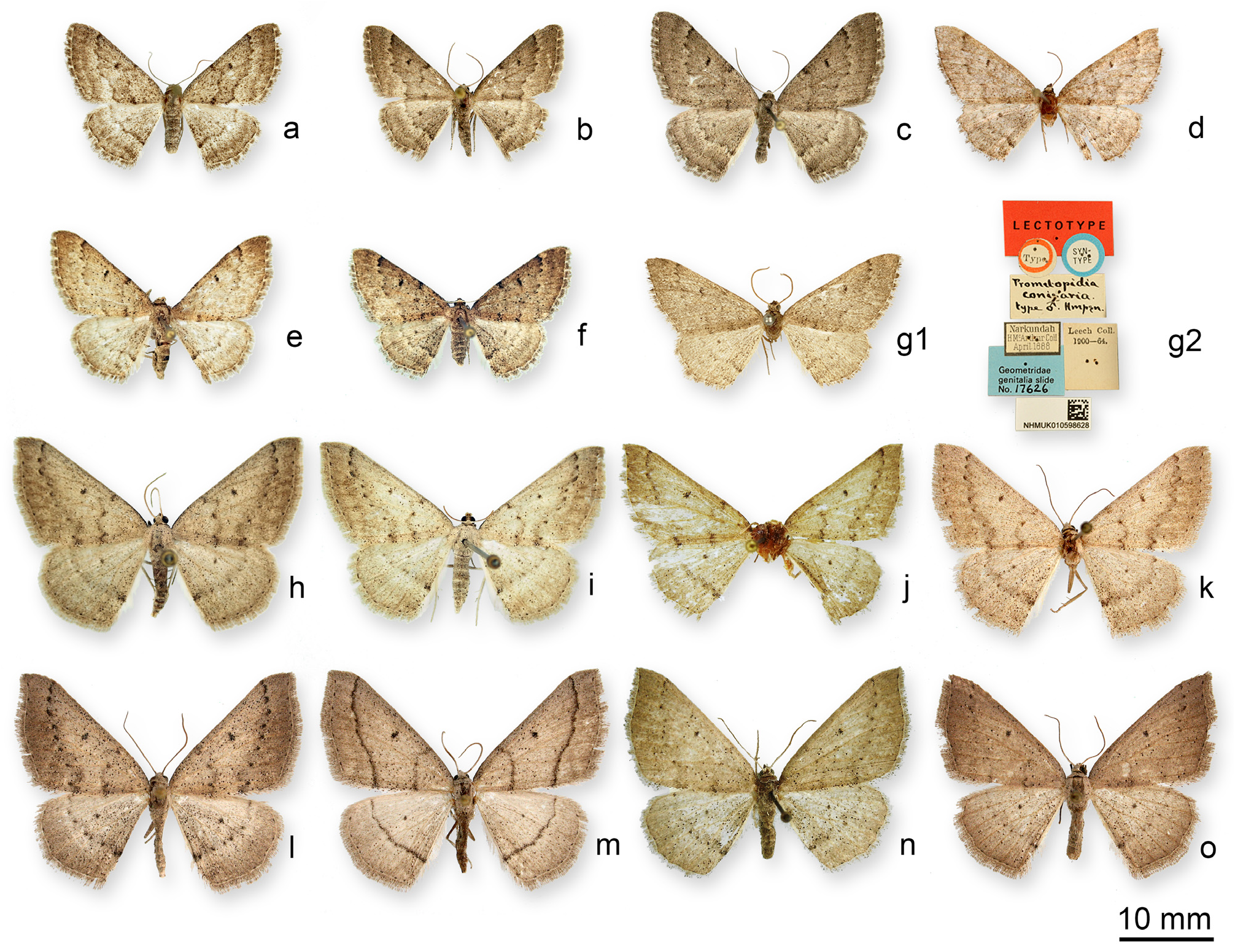