Etymology. Named after the type locality.

Diagnosis. Male resembles that of Portia fimbriata Doleschall   , but can quickly be distinguished by having a prominent conductor and median apophysis on the palpus. Among cocalodines the bands of white descending diagonally from the AME on the face are distinctive ( Figs 32, 34 View FIGURES 31 – 36 ), as is the broad band of white on the lower sides of the male carapace ( Fig. 32 View FIGURES 31 – 36 ). The conductor and median apophysis are similarly shaped, almost mirror images of one another ( Fig. 37 View FIGURES 37 – 50 ).

Natural history. All specimens were found on a single conifer tree ( Podocarpaceae   or Cupressaceae   , possibly Dacrydium   or other with similar leaves; Fig. 89 View FIGURES 87 – 92 ) in a clearing in a rainforest that borders savannah. They were found amongst the leaves by beating. Their density appeared quite high, but inaccessibility of most branches limited the number of specimens collected. 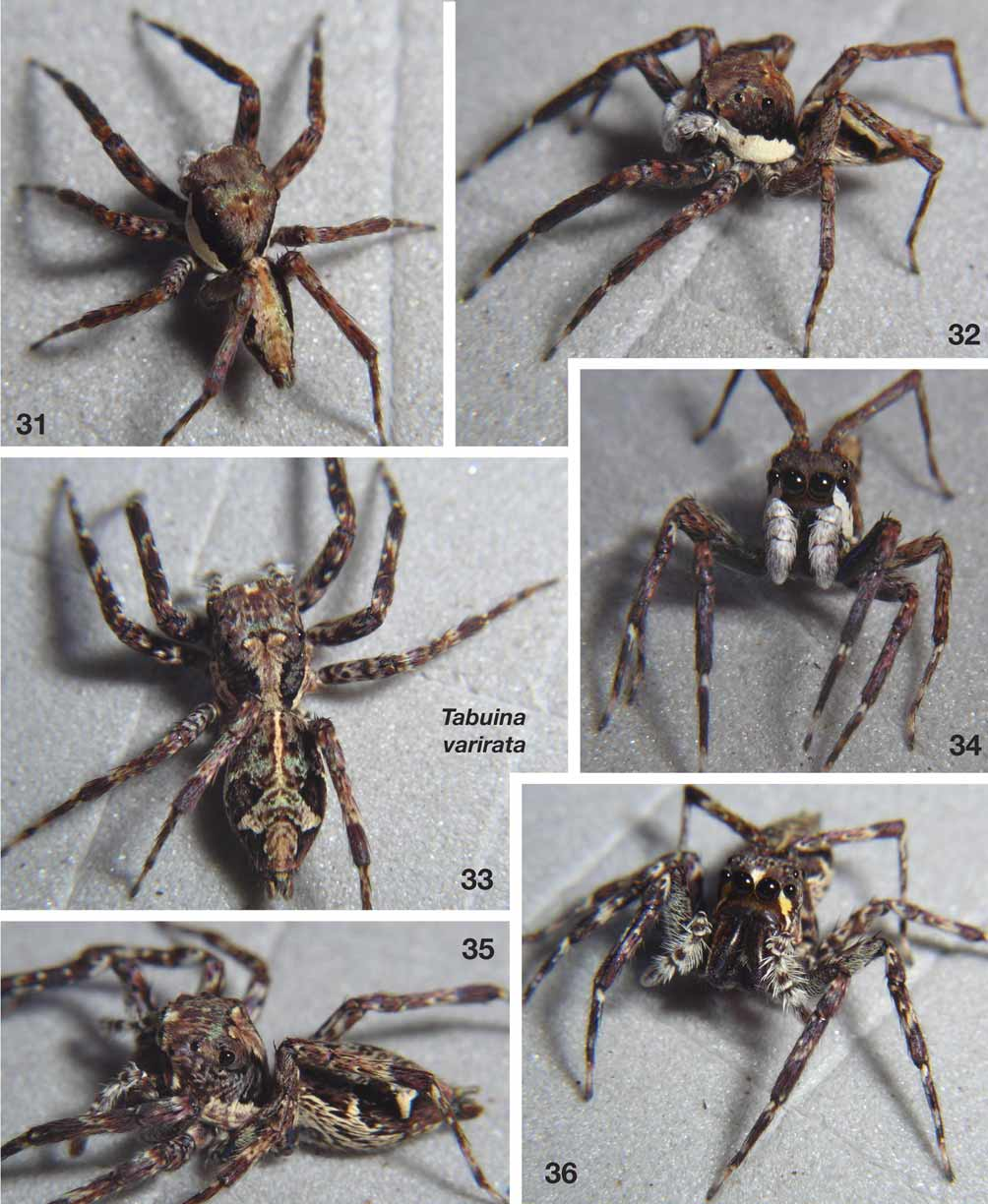 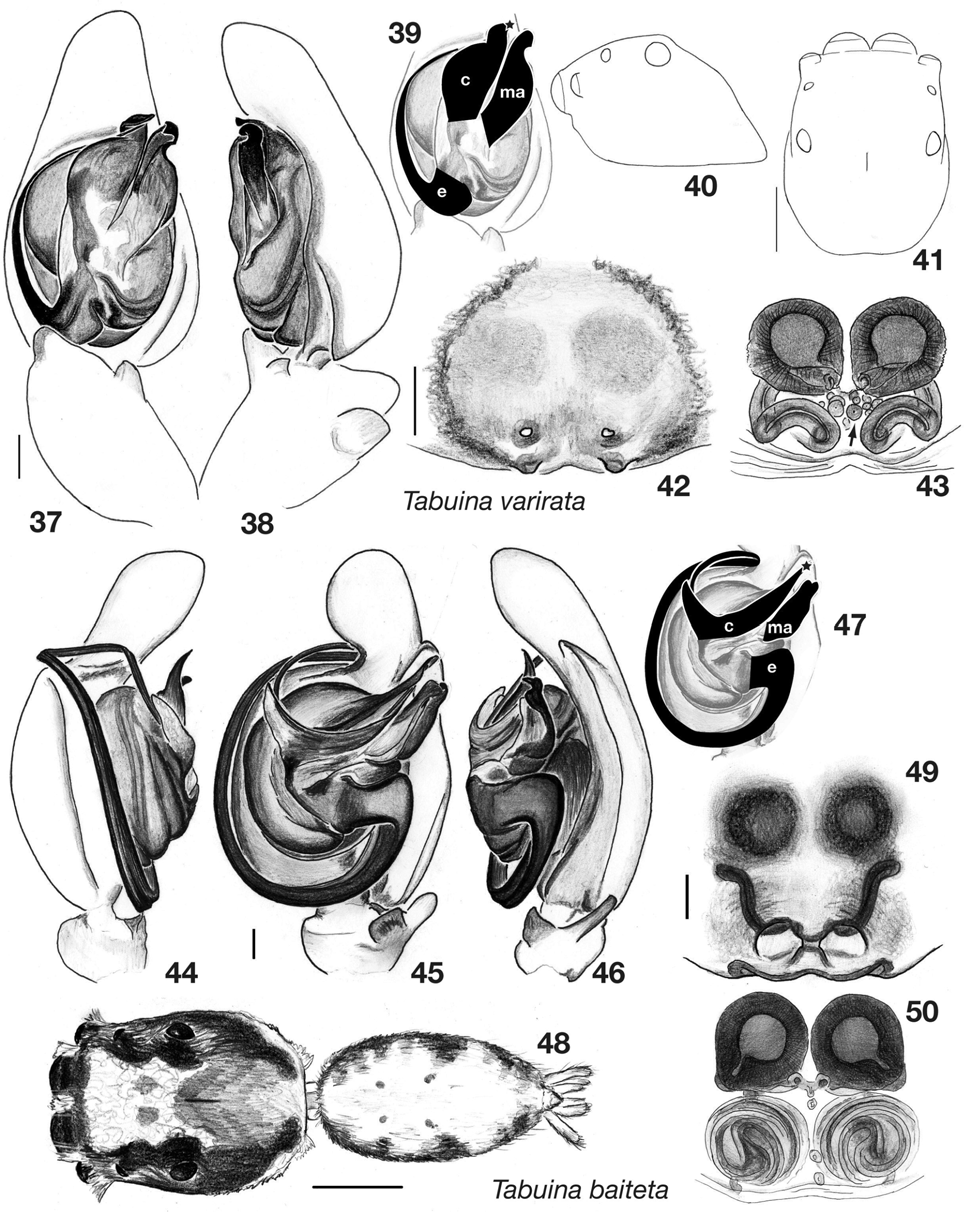 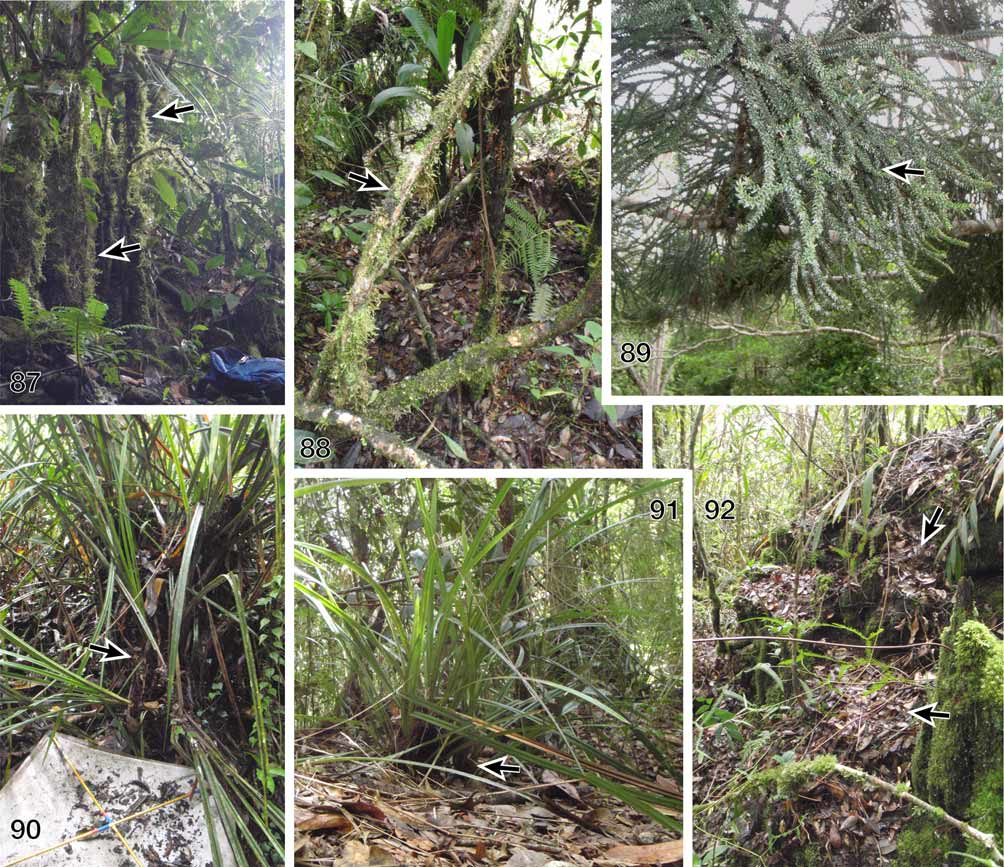