Etymology. Named in honour of Marek Zabka, both for his extensive and important work on Australasian salticid spiders, and for his discovery of Eupoa Zabka , perhaps the phylogenetically most distinct jumping spider described over the last century.

Diagnosis. Males have only three prominent white spots forming a triangle on the dorsal surface of the opisthosoma, in addition to the white-tipped spinnerets ( Figs 62 View FIGURES 62 – 67 , 68 View FIGURES 68 – 71 ). The embolus is coiled as in C. uzet , but only once around ( Fig. 72 View FIGURES 72 – 86 ). The epigynal openings are together on a lip protruding over the epigastric furrow, but without the pockets of C. uzet ( Fig. 77 View FIGURES 72 – 86 ).

Description. Male (holotype). Carapace length 1.4; abdomen length 1.4. Chelicerae: not projecting. Three promarginal teeth and three or four retromarginal teeth. In addition, there are sharp apophyses at both the promarginal and retromarginal sides of the base of the fang. The promarginal apophysis is not a tooth; the retromarginal might be. Palpus ( Figs 72–73 View FIGURES 72 – 86 ): embolus long and thin, spiraling about 360 °, first ventrally, then proximally, then behind bulb, to emerge again at tip of median apophysis. Median apophysis prominent ( Fig. 73 View FIGURES 72 – 86 ). Conductor apparently absent. Tibia of first leg with no ventral macrosetae; first metatarsus with four pairs. Legs in general have few macrosetae, and relatively few setae overall. Carapace ( Figs 75, 76 View FIGURES 72 – 86 ) relatively flat. PME small. Colour ( Fig. 62 View FIGURES 62 – 67 ): carapace dark brown and black, in alcohol diffusely paler near fovea. 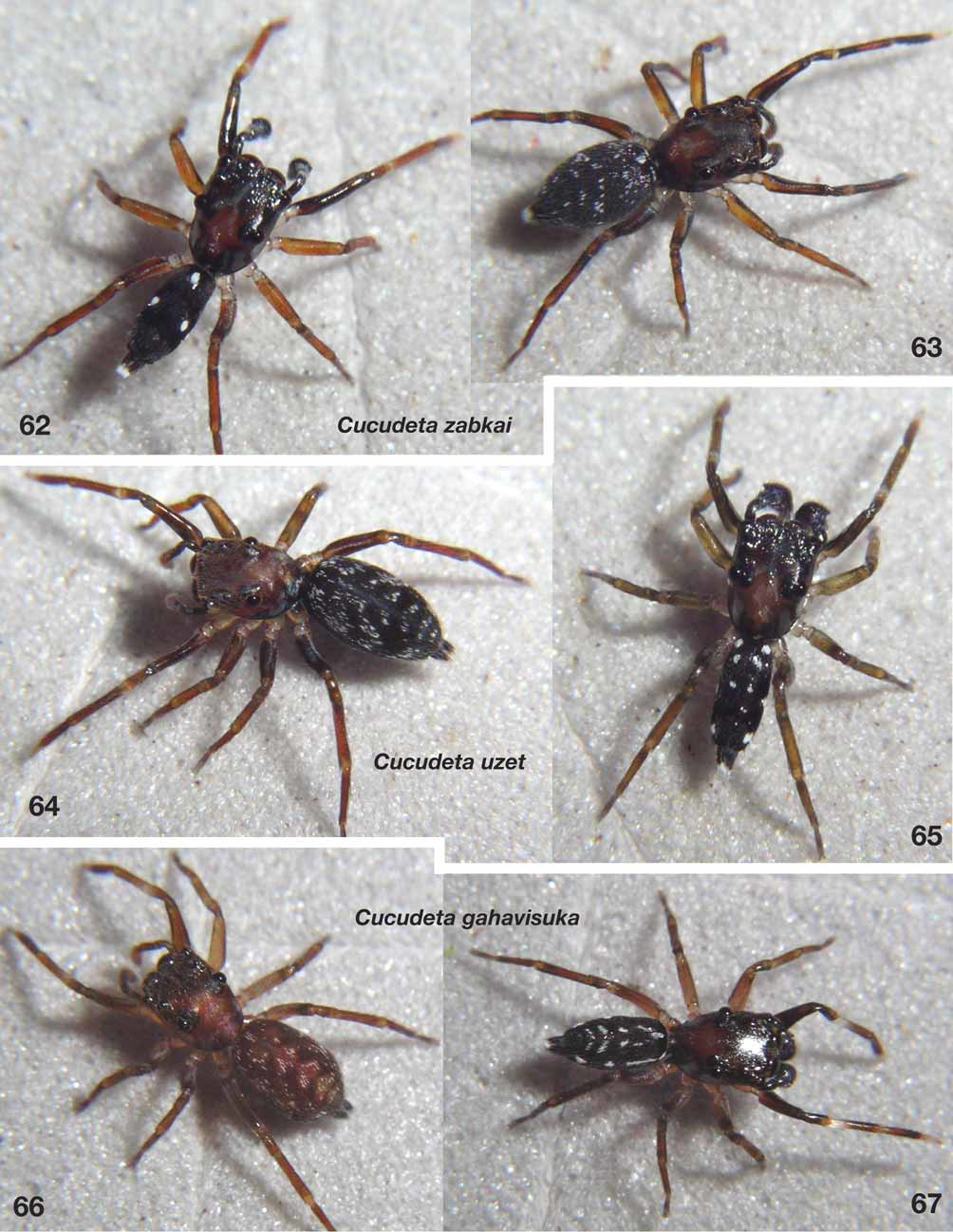