Etymology. Named in honour of Fred Wanless, whose studies of basal salticids, including cocalodines, built the foundations for our modern understanding of the deep structure of salticid phylogeny. The unorthodox patronym " frewana   " was chosen to avoid confusion with the many species among related salticids with the more typical epithet " wanlessi ".

Diagnosis. A small cocalodine from tree trunks and branches, resembling small spartaeines such as Mintonia Wanless.   Males can be recognized by the large hooked median apophysis, much more prominent than the embolus ( Fig. 24 View FIGURES 20 – 30 ); females by the two posterior epigynal openings beside a central lobe ( Fig. 29 View FIGURES 20 – 30 ).

Natural history. Found only at fairly high elevation on tree trunks and branches ( Fig. 88 View FIGURES 87 – 92 ). Most were found by brushing tree trunks over a beating sheet. The trunks were not heavily covered with mosses. 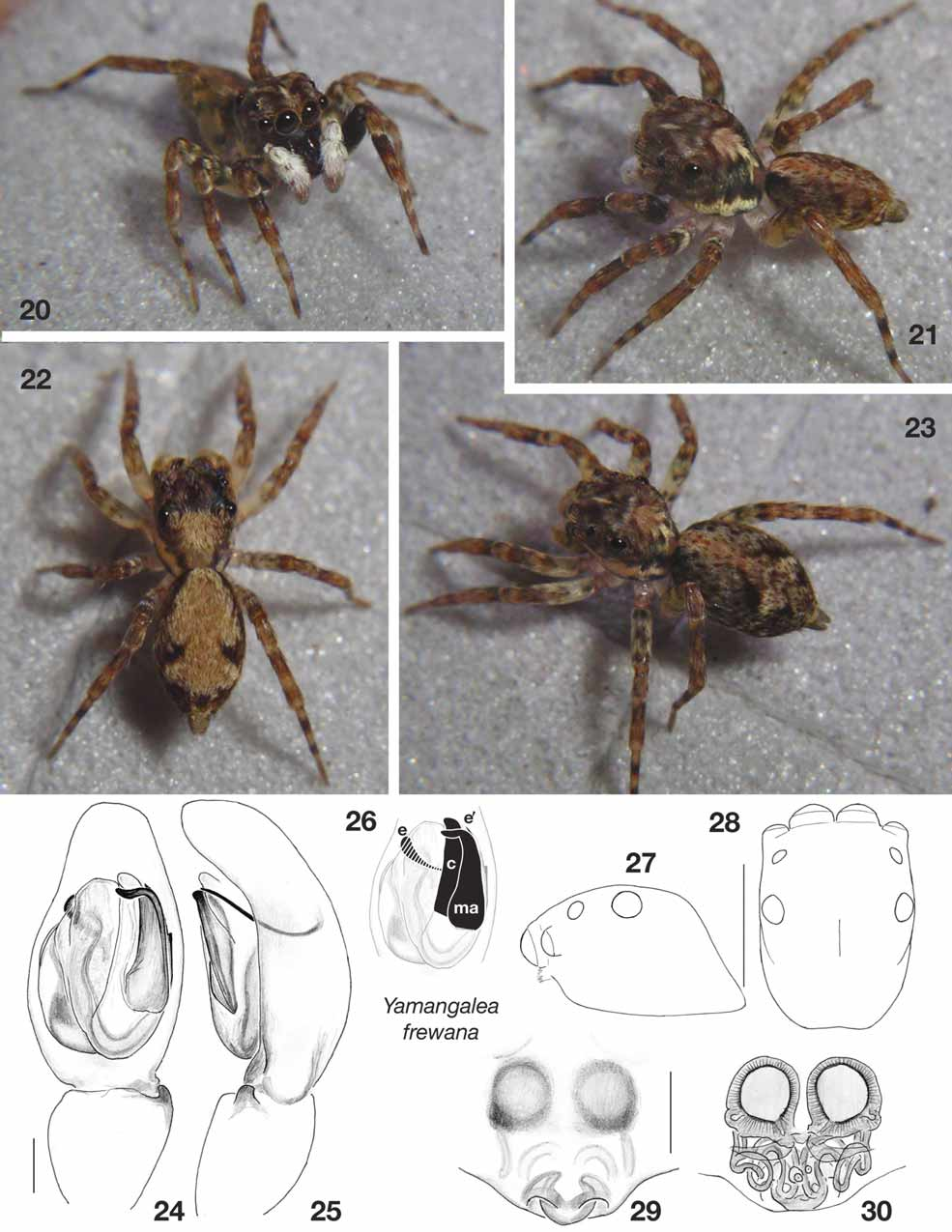