Differential diagnosis. The new species is distinguished from the type specimens and the original description of Ch. auripennis ( Lucas, 1857)   , as well as from the above-described Ch. a. chiquitosiana ssp. nov. by its notably larger body, 13–14 mm long, and shape of the head particularly in males; the head is notably robust in vertex-occipital and temporal areas (as clearly obvious in dorsal view, Figs 97–99 View FIGURES 93–103 ), in contrast to much smaller, notably less bulged eyes; due to the smaller eyes the head (measured across the eyes) is notably narrower than body; the elytra of Ch. bucephalauripennis   sp. nov. are notably more elongate and in contrast to those in Ch.a. auripennis   , in males of this new species they are often widest at humeri ( Figs 90, 92 View FIGURES 85–92 ) and moderately narrowed towards apices—in females ( Fig. 91 View FIGURES 85–92 ), rarely in males, the elytra may be subparallel, but never markedly dilated posteriad; male labrum ( Figs 100–102 View FIGURES 93–103 ) possesses tridentate median lobe with teeth in the same level as in Ch. a. chiquitosiana, but the median lobe in the new species is only moderately prolonged anteriad; moreover, the colour of the head ( Figs 93–95, 97–99 View FIGURES 93–103 ) is generally more vividly iridescent-green, the iridescent green coloration is mostly present also on the pronotal surface, thus less contrasting with the elytral coloration ( Figs 85–86 View FIGURES 85–92 ); the extremely fine surface sculpture of the head is prevailingly asperate, even finer than the fine vermicular sculpture in the two preceding taxa.

Nine specimens of Ch. auripennis   deposited in DZRJ (seen from photographs sent by André Silva Roza, DZRJ, pers. com), coming from the same state of Goiás, but from northern area of the state, also possess green head and pronotum. However, they are immediately distinguished from Ch. bucephalauripennis   sp. nov. by their small body (9.60–10.8 mm long), head with markedly bulged eyes and posteriad-dilated elytra, the characters shared with Ch. a. auripennis   .

Legs generally as in Ch. a. auripennis   and preceding taxa.

Abdomen generally as in the two subspecies of Ch. auripennis   , but prevailingly with shiny green lustre.

Etymology. Derived from ancient Greek bouχέφαλος “having bull head” (originating from the head of the warhorse owned by Alexander the Great (see Pražák et al. 1955), referring to the shape of the male head in this new species.

Distribution and biology. The examined type specimens of Ch. bucephalauripennis   sp. nov. come from the type locality Jataí (= Jatahy) a large municipality in the southwest area of the Brazilian state of Goiás (= Goyaz).

Remarks. The specimens (BMNH) of this new species with additionally handwritten “Cotype Lucas” on their locality labels cannot be syntypes of Ch. auripennis   , because they did not come from Lucas and differ from the lectotype; according to their locality labels they were collected much later, in December 1897 – January 1898.

See also the discussion under Ch. a. auripennis   above. 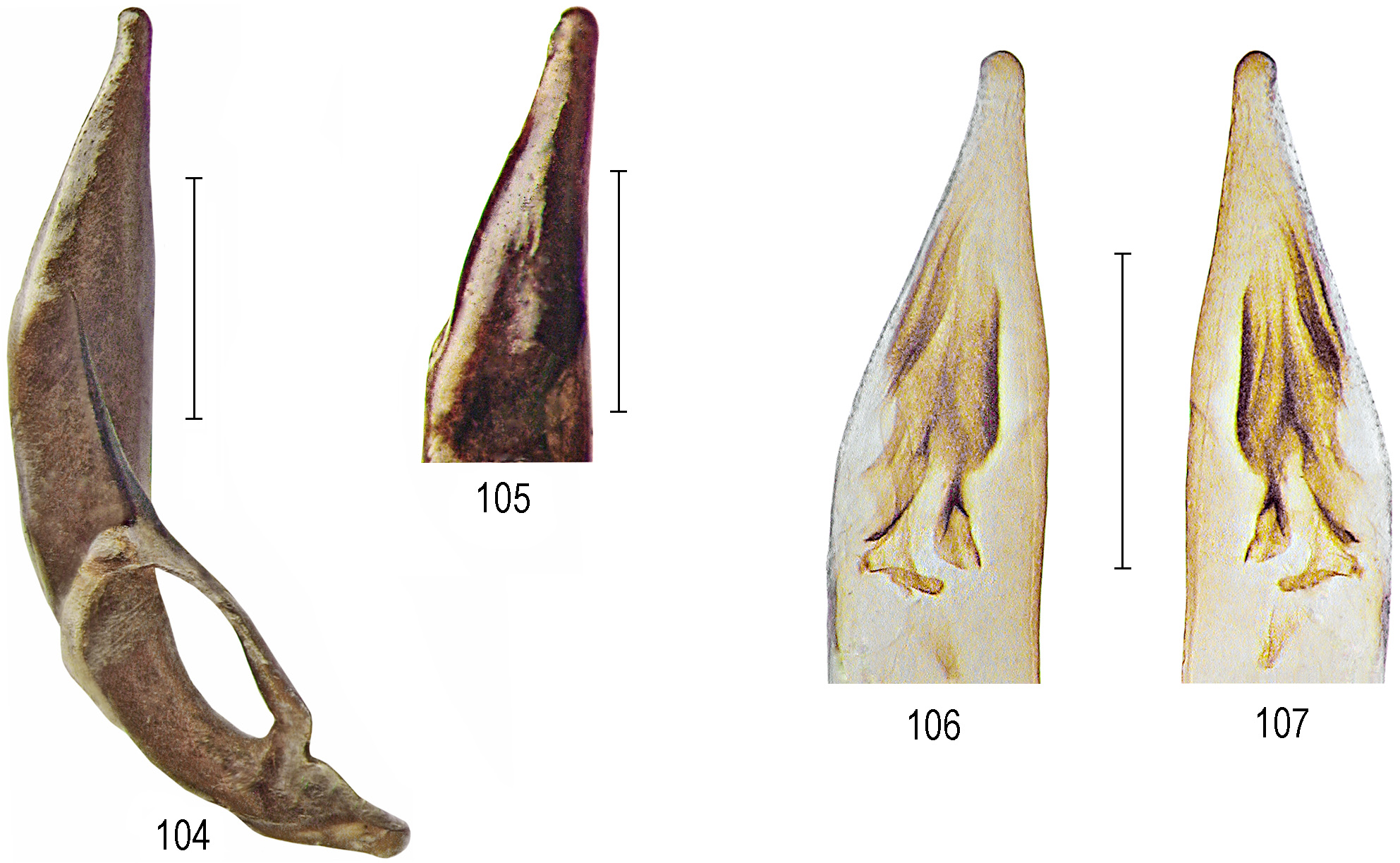