Phenology:— Flowering and fruiting occur during September to February.

Eponymy:— The specific epithet honors Padmashree Mr. A. M. Gokhalae ( IAS, Retd.), former Director of the M. S. Swaminathan Research Foundation, Chennai, India, for being a great lover of plants and plant taxonomy; he prepared a detailed electronic database for more than 7000 species of Indian angiosperms, which is one of the pioneering comprehensive efforts in digitization and digital identification of the group in India.

Distribution and habitat:— Windward side of Wayanad-Silent Valley-Kodagu sub-cluster in the Nilgiri phytogeographical region of the Western Ghats. The range starts in Nadukani forests of Nilambur (Malappuram district) and extends to the Kakkayam and Thusharagiri forests of Kozhikode district through the evergreen forests in the western side of Wayanad Ghats.

Interrelationships:— Miliusa gokhalaei   is similar to M. indica   and M. eriocarpa   in having subsessile or shortly petiolate, hairy-nerved leaves, and axillary solitary flowers, flask-shaped carpel with 1–2 ovules. However, it differs in its unequal rounded leaf bases, sessile or shortly pedicellate flowers, thick fleshy petals, glabrous carpel and included connective of anther. The other related species is Miliusa montana   , and the diagnostic morphological characters of the new species and the related species are given in table 1.

Van Heusden (1992) studied morphology and evolution of flowers in Annonaceae   and assigned key features for Miliusa   group. Based on her characterization and structure of inner petals, the southern Indian-Sri Lankan and Andamanese species of Miliusa   can be broadly classified into three groups - Miliusa nilagirica   group, Miliusa indica   group and Miliusa velutina   group. Miliusa nilagirica   group is peculiar among these because of the presence of recurved petals. However, van Heusden never noticed recurved petals in Miliusa   group. This group is distinct from all others of the region in having fewer stamens. The peculiarity of Miliusa velutina   group is the presence of flat inner petals. Miliusa mukerjeeana   is the only other member of this group. All other species belong to Miliusa indica   group in having saccate, sub-saccate or pouched petals. The new species also belongs to the Miliusa indica   group in having saccate petals and numerous stamens.

Population structure and conservation status:— Populations of the new species are fragmented and seen in the lower storey, mainly along the western slopes of the Western Ghats between 400 m and 750 m a.s.l. in evergreen forests; they are represented by a few scattered mature individuals. There is no continuity in distribution from the southern to the northern populations. The southern-most population is located in the evergreen forests of Nadukani (Nilambur, Malappuram District). The major central population is in the Vythiri Ghats of Wayanad district and Thamarassery Ghats up to Kakkayam and Thusharagiri Range of Kozhikkode district at the northern tip.

In all locations, populations of this new species are small. Our observations showed that there were only nine mature individuals in a 1 km 2 area of Nilambur. Compared to Nilambur, the population is comparatively large in Wayanad and Kozhikkode forests with more or less continuous distribution from Thamarassery up to Peruvannamuzhi. Altogether the distribution of this new species is restricted to 50 km 2. None of the localities is protected. The population at Nilambur is adjacent to human habitation, and waste disposal, pollution and degradation of habitat due to the nearby Sate Highway-28 are the main threats to this population. Increased anthropogenic interference in the form of firewood collection deepens the crisis. In Thamarassery Ghats the population is near to the National Highway-212, and the area is highly subject to various kinds of disturbances. The habitats in Kakkayam and Peruvannamuzhi ranges are highly disturbed due to construction activities related to two reservoirs and the forthcoming hydroelectric project. These construction activities promote calamities like landslides, soil erosion, etc. since it is lying along the sharp western slopes. By following IUCN criteria ( IUCN, 2001) for assessing the status of Rare and Threatened plants, M. gokhalaei   is assessed as belonging to Critically Endangered (CR) category. Its range (extent of occurrence) is less than 100 km 2, the population is severely fragmented and the quality of habitat is declining continuously. 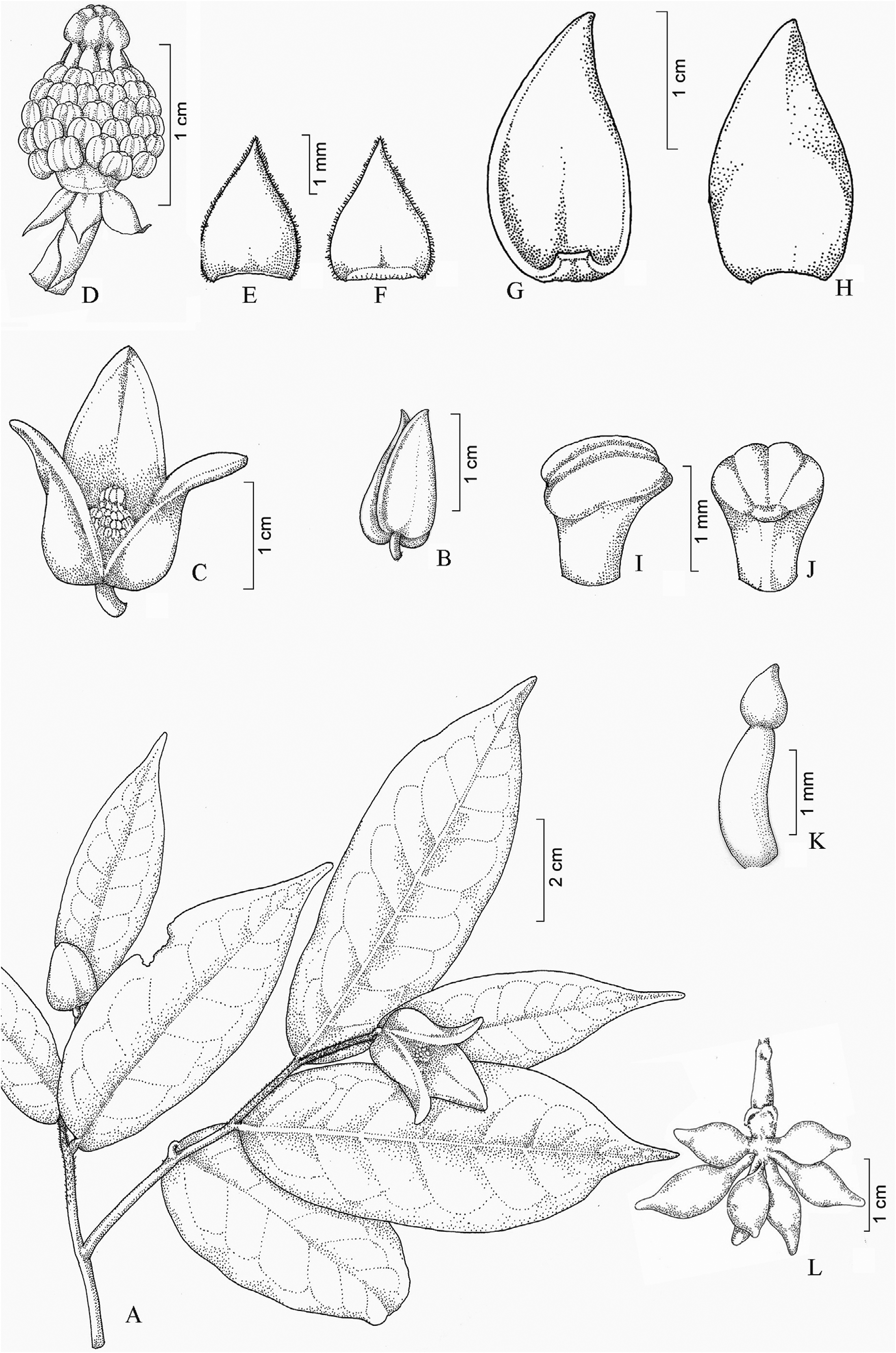