Preparation 1603 in the Grunow Collection in the Naturhistorisches Museum Wien (W).

(designated here). An individual on preparation 1603, in the Grunow Collection in the Naturhistorisches Museum Wien (W), represented by the illustration in Krammer (2002, Fig. 25: 13).

Krammer (2002, Fig. 25: 13) provided the illustration of an individual of the type of Cymbella salinarum  . The individual represented by him (Krammer 2000) was similar to Cymbella tumidula var. tumidula  . However, it was larger and had only one isolated pore, differing from Cymbella tumidula  , which has more than two isolated pores (Figs 50-56View Figures 43–63). Thus, in contrast to Krammer (2002), who treated Cymbella salinarum  at the specific level, we consider this taxon at the infraspecific rank as did Cleve (1894). 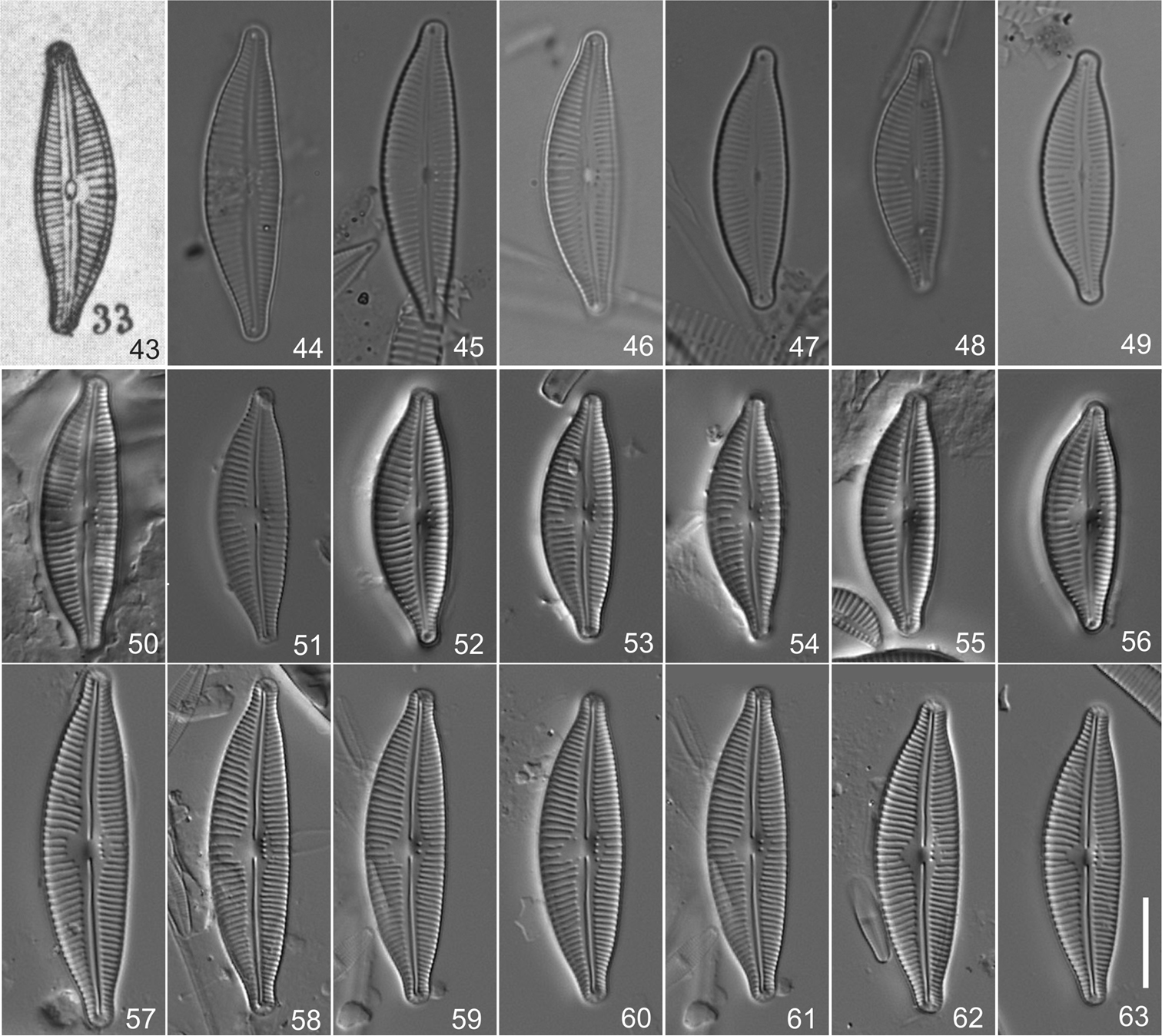