Male. As in females, except for clava, which is more elongate.

Parabaeus nasutus has the following unique morphological apomorphies: elevation of posterior section of mesoscutum and scutellum into a medial projection, which dorsally has a transversely ellipsoidal plateau formed by the scutellum with a 90 degree drop-off posteriorly; base of metasoma without obvious foveolate pits (although there are possibly two pits indicated by depressions that are obscured by setae); T1 with bifurcate projecting medial plate; pronotal collar with posteriorly projecting medial bifurcating raised plate; clypeus produced into dorso-ventrally compressed, volcano-shaped, nasute-like process with a central apical fovea ringed by a carina; occipital carina not visible dorsally. Although P. nasutus has a number of derived diagnostic characters, from a ground-plan perspective the species is morphologically similar to P. peckorum sharing the same squamate sculpturing with scattered posteriorly projecting setae on the dorsal mesosoma, and dense setose patches on the metapleuron, dorsolateral propodeum and T1. Colour is, however, different from P. peckorum , which has a dark brown to black body with lighter brown antennae and legs, and dense white pubescence at the mesosomal-metasomal boundary.

Named for the exceptional clypeal modification into a nasute-like process. Latin adjective.

We suspect that the central fovea ringed by a carina that is terminally situated on the clypeal nasute-like process is olfactory in nature, potentially containing chemo-sensillae that may be involved in host location, although males also possess this adaptation, so possibly it is involved in mate recognition. It is likely that the species lives in the leaf-litter habitat and probably attacks insect or arachnid eggs.

The single female from Gamkaberg Nature Reserve is uniformly orange-yellow, has a smoother mesopleuron, and weaker clypeal and posterior mesosomal protrusions. Overall, the surface sculpturing is also weaker. The specimen is smaller than the type series specimens and these differences may simply be related to the reduced size. There is, however, the possibility that this specimen represents a second closely related, undescribed species, but until further specimens are acquired to assess the degree of intraspecific variation this specimen is considered to belong to P. nasutus , but it is excluded from the type material. 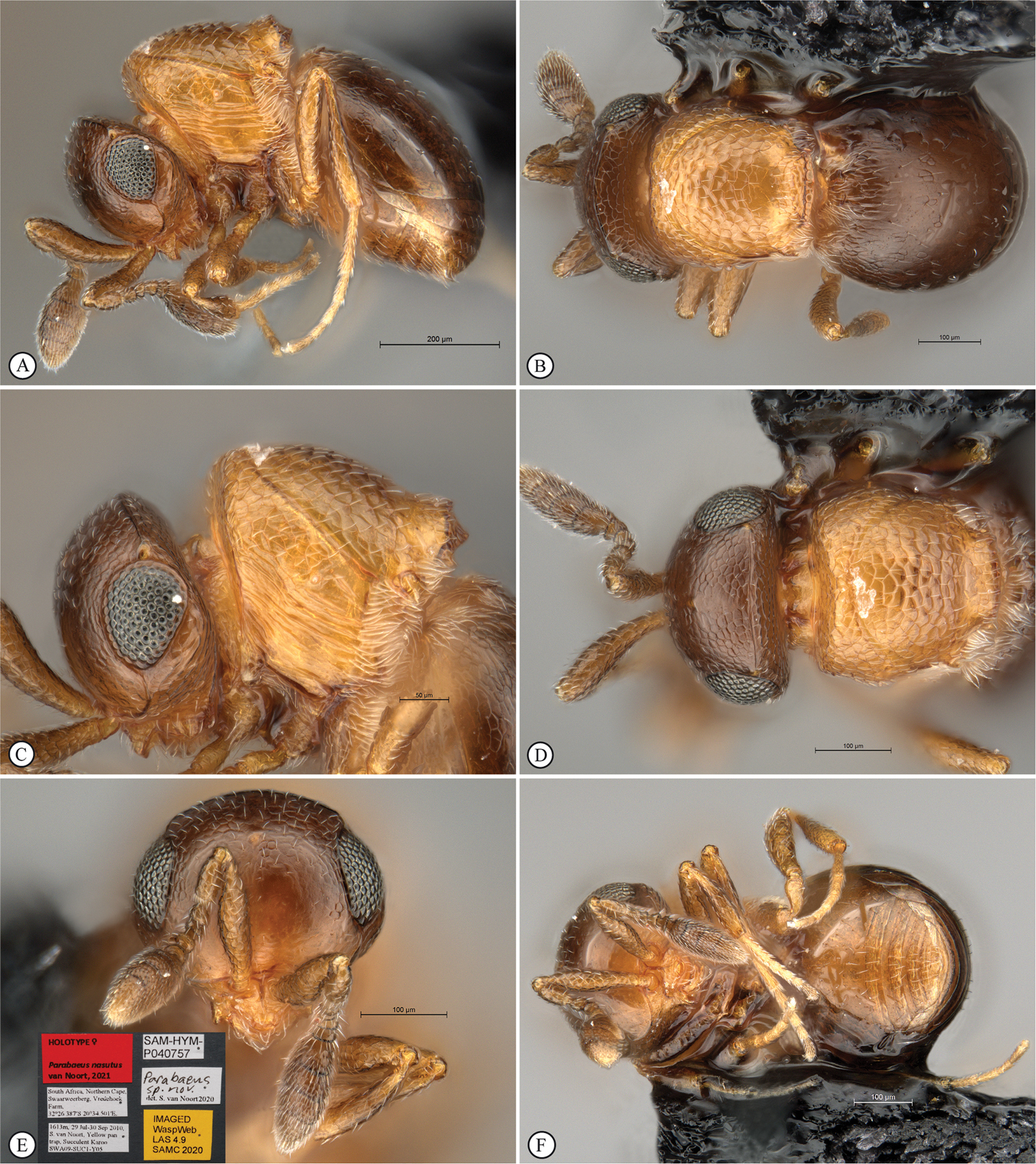 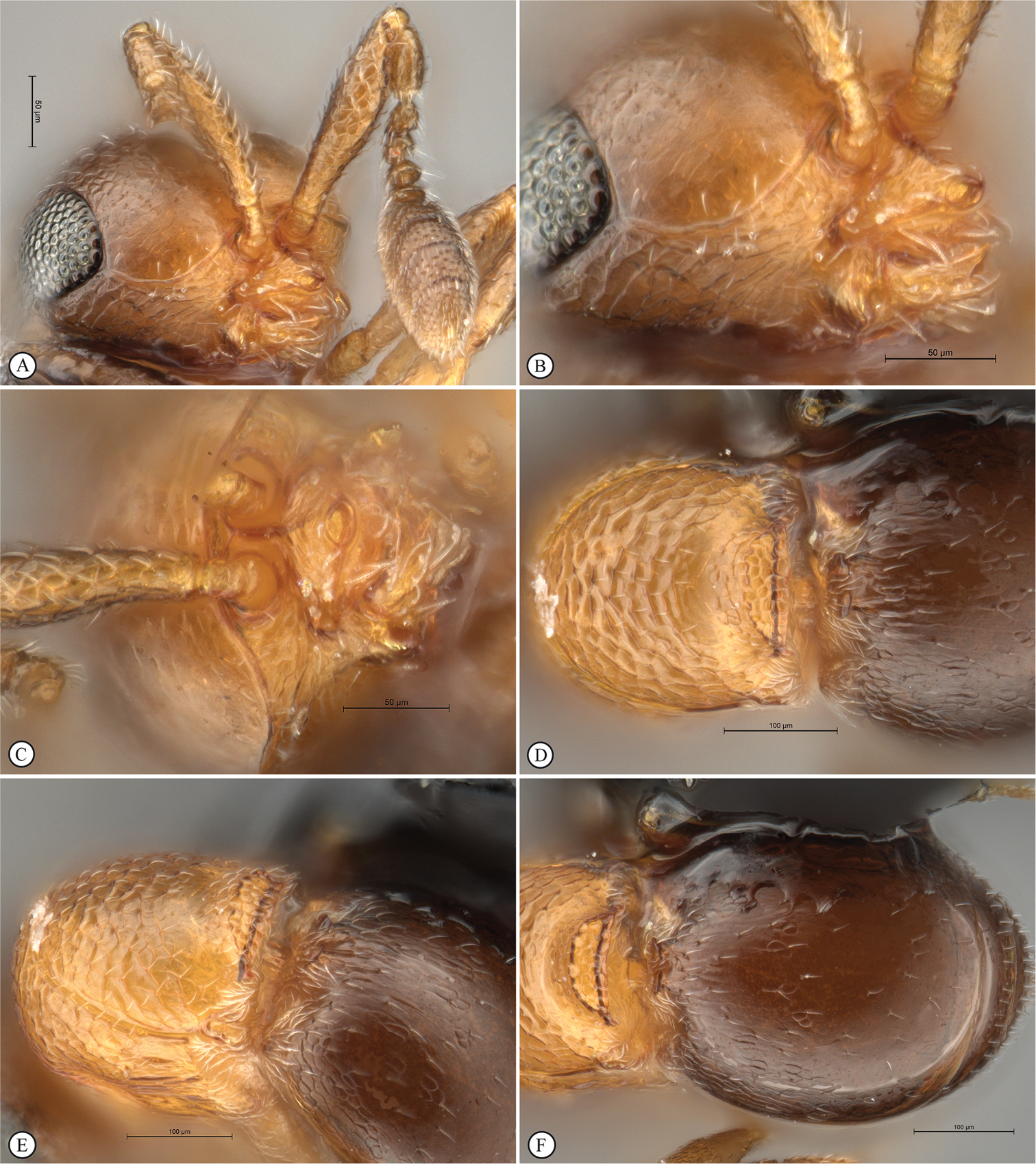