Antennae II (fig. 2 B). Antenna II as long as 0.56 of antenna I. Peduncular article 5 slightly shorter than article 4, ratio between articles 4: 5 equal to 1: 0.9, article 5 with five groups of simple setae; flagellum with 10 articles, approximately 0.96 of length of peduncle articles 4 + 5.

Gnathopod I (fig. 3 C). Coxa trapezoid, broader than long, ventral and anterior margins with three and four simple setae, respectively. Anterior margin of basis with two single setae and setae in groups; posterior margin with groups of setae; ischium and merus with one posterior group of setae. Carpus 0.91 of basis length and 0.83 of propodus length; with one group of setae antero-distally and setae in rows on the proximo-posterior bulb and along postero-medial margin. Propodus slightly longer than broad, anterior margin with 10 simple setae in two groups in addition to antero-distal group with seven setae, medial surface of propodus with few setae; palm slightly convex, with one strong long palmar robust seta, two short supporting robust setae on inner surface and one short robust seta with lateral projections on outer surface. Along posterior margin of propodus with four rows of setae. Dactylus reaching posterior margin of propodus, outer and inner margins with a row of two and four simple setae, respectively, nail short, length 0.27 of total dactylus length.

Gnathopod II (fig. 3 D). Coxa II rectangular, deeper than long, with nine setae along antero-ventral margin; posterior margin of basis with some setal groups and some single setae; anterior margin with single setae; posterior margin of ischium and merus with one posterior group of setae. Carpus 0.49 of the basis length and 0.75 of the propodus length; carpus with antero-distal group of setae, and setae in rows on the proximo-posterior bulb and along postero-medial margin. Propodus II larger than propodus of gnathopod I, rectangular, slightly longer than broad, anterior margin with a single seta and a pair of simple setae in addition to eight antero-distal setae, with three medial setae on surface of propodus, palm convex, with one strong palmar robust seta, with two short robust setae and one robust seta with lateral projections on inner and outer surface. Dactylus reaching posterior margin of propodus, outer and inner margins of dactylus with four simple setae each, nail length 0.24 of total dactylus length.

Pereonites I –VII. No setae.

Pleonites I –III. With four simple setae at dorso-posterior margin.

Urosomites I –II (fig. 5 D) Postero-dorsally with one and three robust setae, respectively and each with two simple setae dorsally.

Etymology. The name “ bisitunicus  ” refers to the type locality. Bisitun is a historical monument with a multilingual inscription on rocks of Bisitun Mountain in 25 Km west of Kermanshah City carved at 522 BC. by order of Dariush the Great, King of Persia.

Remarks and affinities. Niphargus bisitunicus  is best characterized with two clearly visible characters. The first one is strongly produced epimeral plates II –III. This trait has been described from numerous species including N. hrabei  , N. thermalis  and N. valachicus  ( Karaman 1932; Dobreanu & Manolache 1933; Dudich 1941). All these species can be easily distinguished from N. bisitunicus  by pectinate dactyli of pereopods III –VII. In addition, in none of these species has been reported the second diagnostic character of N. bisitunicus  , i.e. multiple robust setae on medial surface of palmar corner (supporting robust setae). This character has been so far found only in N. kenki  ( Slovenia, Karaman 1952) and even in this species we noted remarkable polymorphism in this trait. If this multiple supporting robust setae seem to be rare in Europe, this is not the case in Iran. We found this trait in three herein described species (see below). However, none of them has produced epimeral plates. 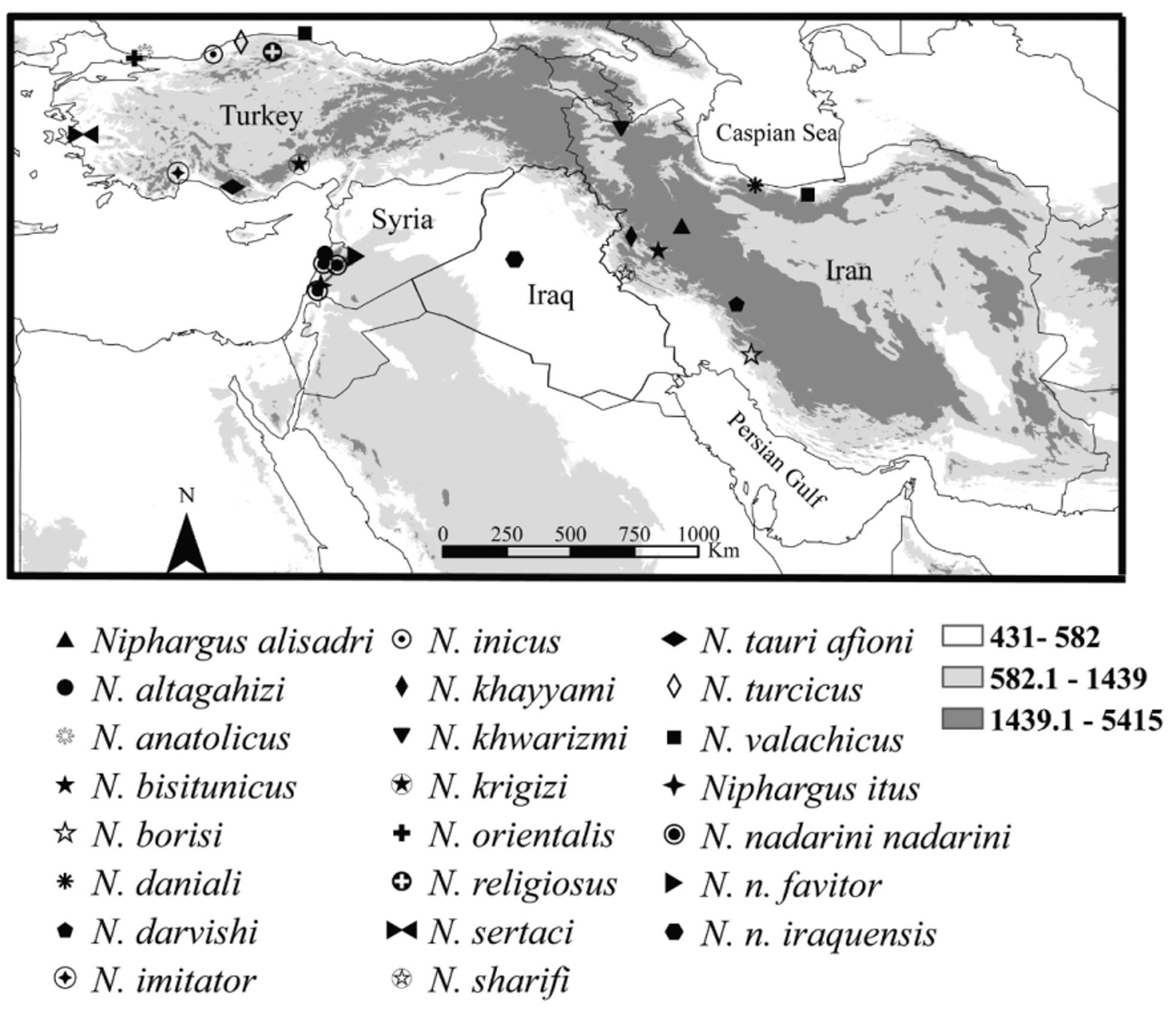 FIGURE 1. Distribution map of the genus Niphargus in Iran and Middle East.