Diagnosis. The new species differs from all other Madagascan tephritids by the wide head in males, 2.5–3.2 ×wider than long. It can easily be recognized also from the almost entirely yellow body with yellow mediotergite and mesonotal scutum with two small black spots mesal to the postpronotal lobes; scutellum with 3 pairs of scutellar setae: basal and apical pairs well developed and middle pair half as long as apicals; wing with very large pterostigma and sinuate vein R 2+3, and the peculiar yellow-brown wing pattern with a bluish shining black area posterior of pterostigma. It can be differentiated from the continental Themarictera flaveolata   as noted above in the key.

Wing ( Fig. 2b View FIGURE 2 ) 2.3–2.4 times as long as wide. Costal vein short setulose, without long seta at subcostal break; veins R 1, RS and R 4+5 from fork almost to apex setulose dorsally. Pterostigma very large, with its base distal to level of radial fork and its apex slightly distal to level of anterior end of dm-m. Vein R 2+3 strongly doubly sinuate. Veins R 4+5 and M 1 subparallel at apex with second section of M 1 (proximal to r-m) twice as long as third section (between r-m and dm-m). Other veins unmodified and non-setulose.

Wing pattern with yellow base, costal cell, most of pterostigma, apical portion of cell r 1 and antero-apical part of cell r 2+3; hyaline spots in cell r 1 posterior to costal cell and cell r 2+3 anterior to crossvein r-m, on margin of cell m 1 and as a large posterior incision from cell m 4 into medial part of cell dm. Base of pterostigma, cells r 1 and r 2+3 between radial fork and r-m dark brown to black with bluish sheen. Brown subcostal crossband between radial fork and apex of cell cua widely joined through cell br with wide brown area covering posteroapical portion of wing. Base of cell cua and area posterobasal to it and anal lobe hyaline. Alula hyaline, its fringe with thickened black cilia.

Remarks: The bluish-black area of the wing is dependent on light and angle of view. As such, with the lighting for photographs, these areas appear dark brown in our figures. 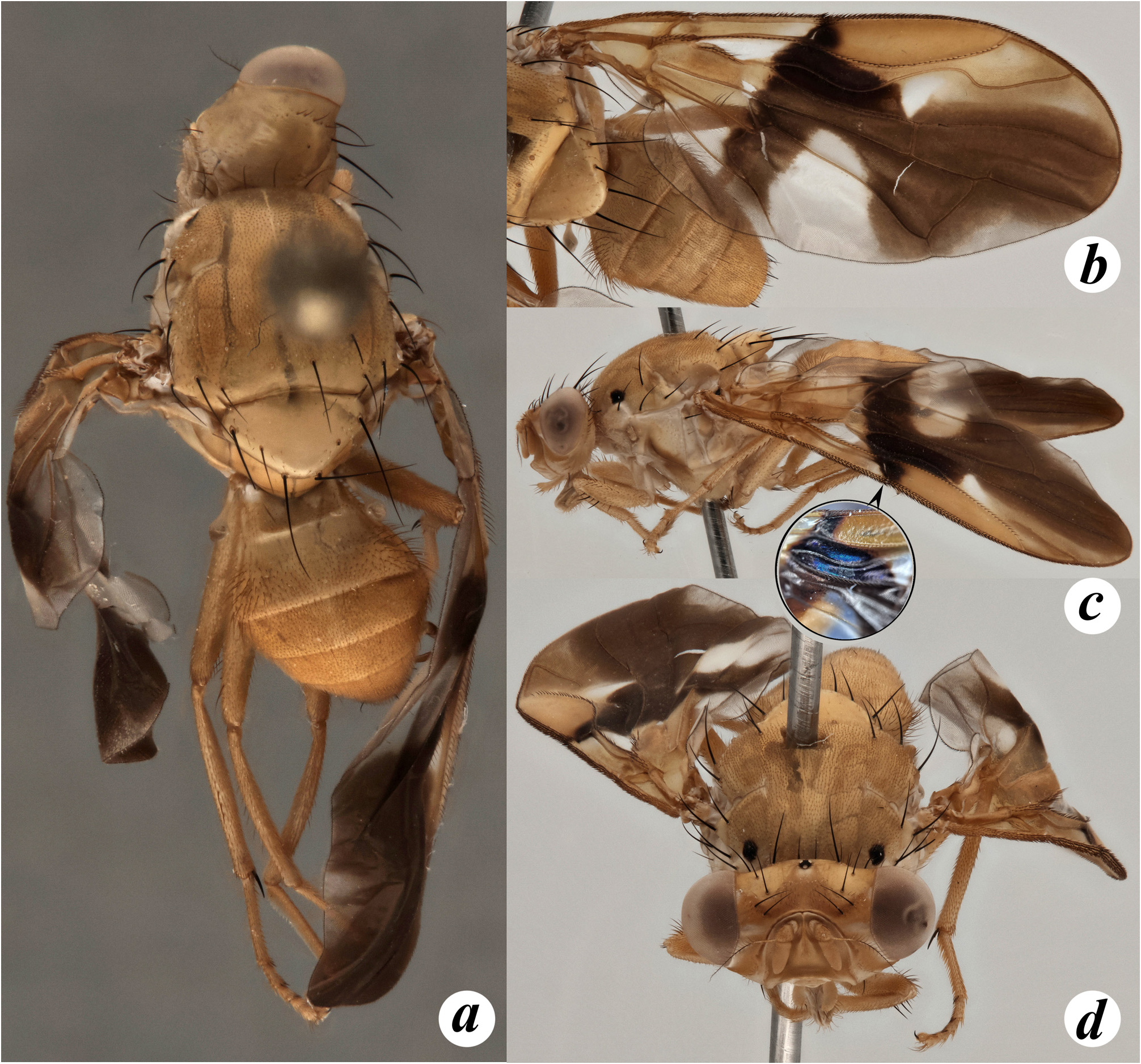 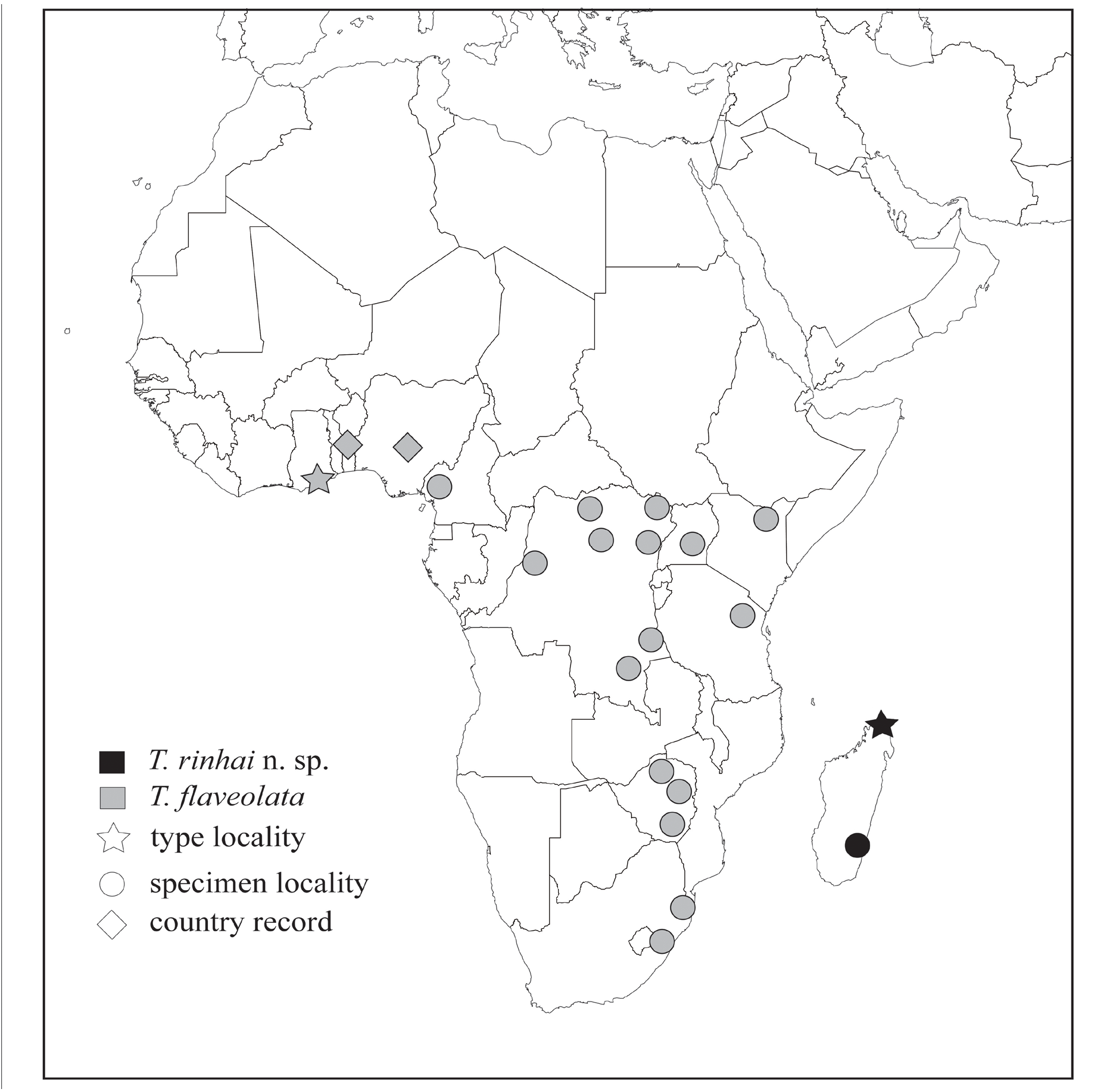