The holotype is 28 mm high, stalk is 15 mm long, 11 mm wide at its base and 10 mm wide at the uppermost part; it is attached to the skeleton of a stony coral. Polyp’s body reaches up to 8-10 mm, and the tentacles 6-7 mm, bearing pinnules up to 1 mm long and 0.24 mm wide, separated by less than a pinnule-width. Two rows of pinnules are aligned along each of the tentacles margins, with 13-15 pinnules in the outermost row. There are numerous sclerites, abundant in all parts of the colony except for the mid-line of the oral side of the tentacles, where they are scarce. The sclerites are Ovabunda   -type ( Fig. 8 View Figure 8 ), measuring 0.013-0.029 × 0.018-0.039 mm in diameter (n = 100 sclerites). Rarely, two sclerites are fused, reaching a maximum diameter of 0.048 mm and occasionally 0.060 mm. The paratypes are of similar size to the holotype, featuring tentacles with two rows of pinnules and 13-16 pinnules in the outermost row. The stalk of the smallest paratype is divided into two branches; the paratype tentacles bear two rows of pinnules with 10-12 pinnules in the outermost row. The sclerites of all paratype colonies are Ovabunda   -type, ranging 0.018-0.025 × 0.023-0.039 mm in diameter. The original description of the species indicated non-pulsating polyps in live colonies. The preserved colonies are yellowish-light beige in colour.

In general the original description of the species corresponds to the current findings. SEM micrographs of the holotype sclerites ( Fig. 8 View Figure 8 ) indicate that they are indeed Ovabunda   -type, and therefore further confirm the previous assignment to that genus ( Alderslade 2001; Aharonovich and Benayahu 2011). The number of rows of pinnules, the number of pinnules in the outermost row, and the dimensions of the holotype colony of Ovabunda obscuronata   (HUJ I Co. 120) correspond to the original description by Verseveldt and Cohen (1971). The sclerites are oval spheroids, Ovabunda   -type, ranging 0.012-0.026 × 0.018-0.041 mm in diameter ( Fig. 9 View Figure 9 , n = 61 sclerites). Rarely, two sclerites are fused, reaching a maximal diameter of 0.060 mm. The original description indicated a maximum diameter of 0.045 mm for the stalk sclerites, 0.060 mm for those of the anthocodiae and "irregular spicules" in the tentacles ( Verseveldt and Cohen 1971: 60). The latter probably referred to fused sclerites, which were not identifiable under light microscopy. The original description of Ovabunda obscuronata   indicated non-pulsating polyps in live colonies, similar to Ovabunda biseriata   . The ethanol-preserved holotype is light brown in colour. 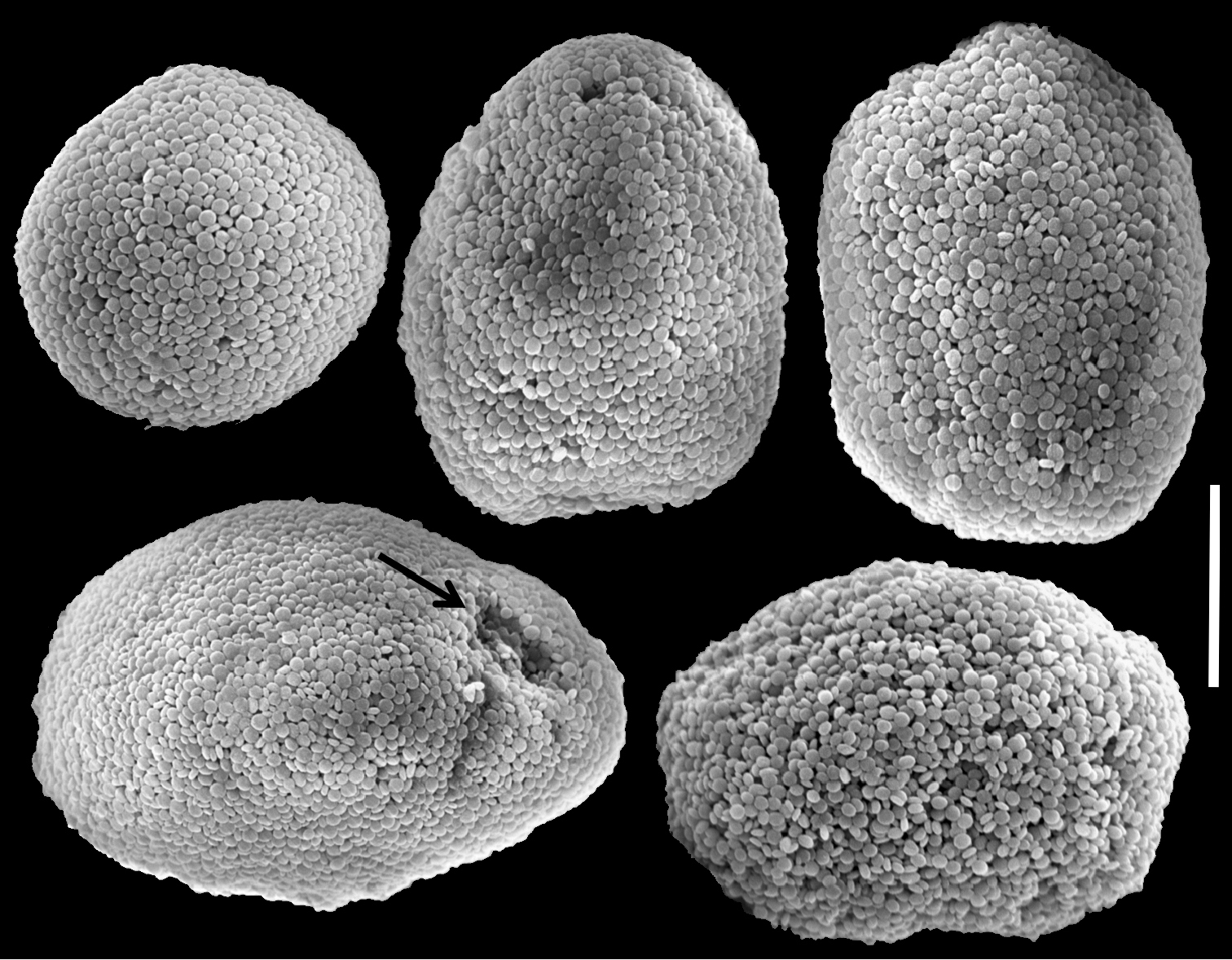 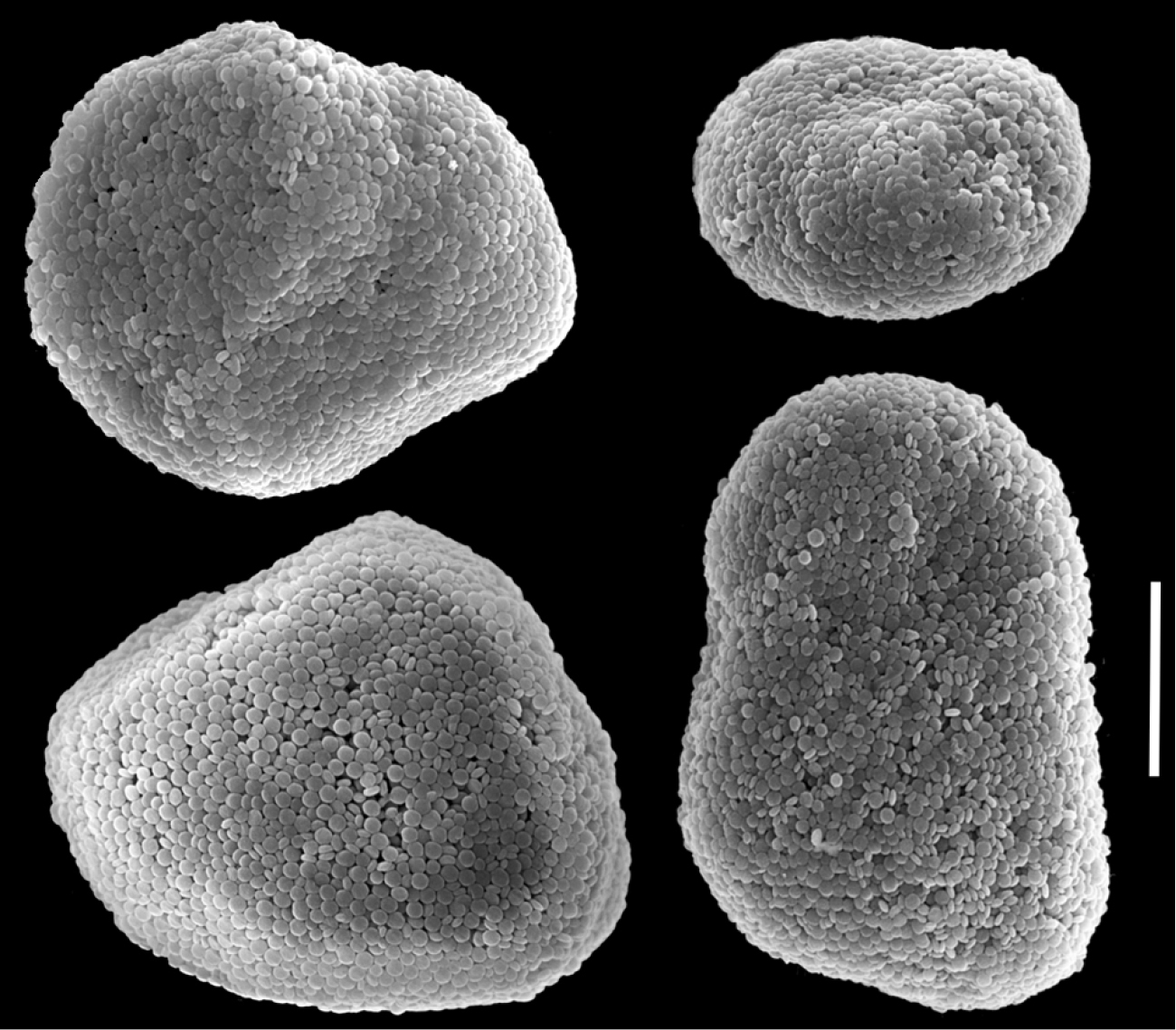