Comments. This species was described based on a female from Cairo ( Egypt). Its length is reported as 7 mm (3.5 mm carapace and 3.5 mm abdomen). The habitus figures in L. Koch (1875) and Roewer (1960a) show a uniformly colored carapace lacking the pair of parallel stripes within the median light band, which is present in all Trochosa  species occurring in Europe. The figures of the epigyne provided by Roewer (1960a) and Denis (1966) are very different. Denis (1966) mentioned that Roewer’s figures are too schematic and poorly reflect the actual shape of certain structures. We faced the same problems studying the types of Roewer’s species described from Iran, the figures of the epigyne provided by Roewer are rather different from studied types (for instance, Figs 12View FIGURE 12 C–C’, E–E’, F–F’). Judging from the carapace pattern and figures of the epigyne given by Denis (1966), this species belongs to Arctosa  ; therefore, we transfer this species from Trochosa  to Arctosa  . Trochosa annulipes L. Koch, 1875  is the type species of Trochosomma Roewer, 1960  syn. n. which is currently considered a synonym of Trochosa  ( World Spider Catalog 2020) but should be considered a synonym of Arctosa C.L. Koch, 1847  . 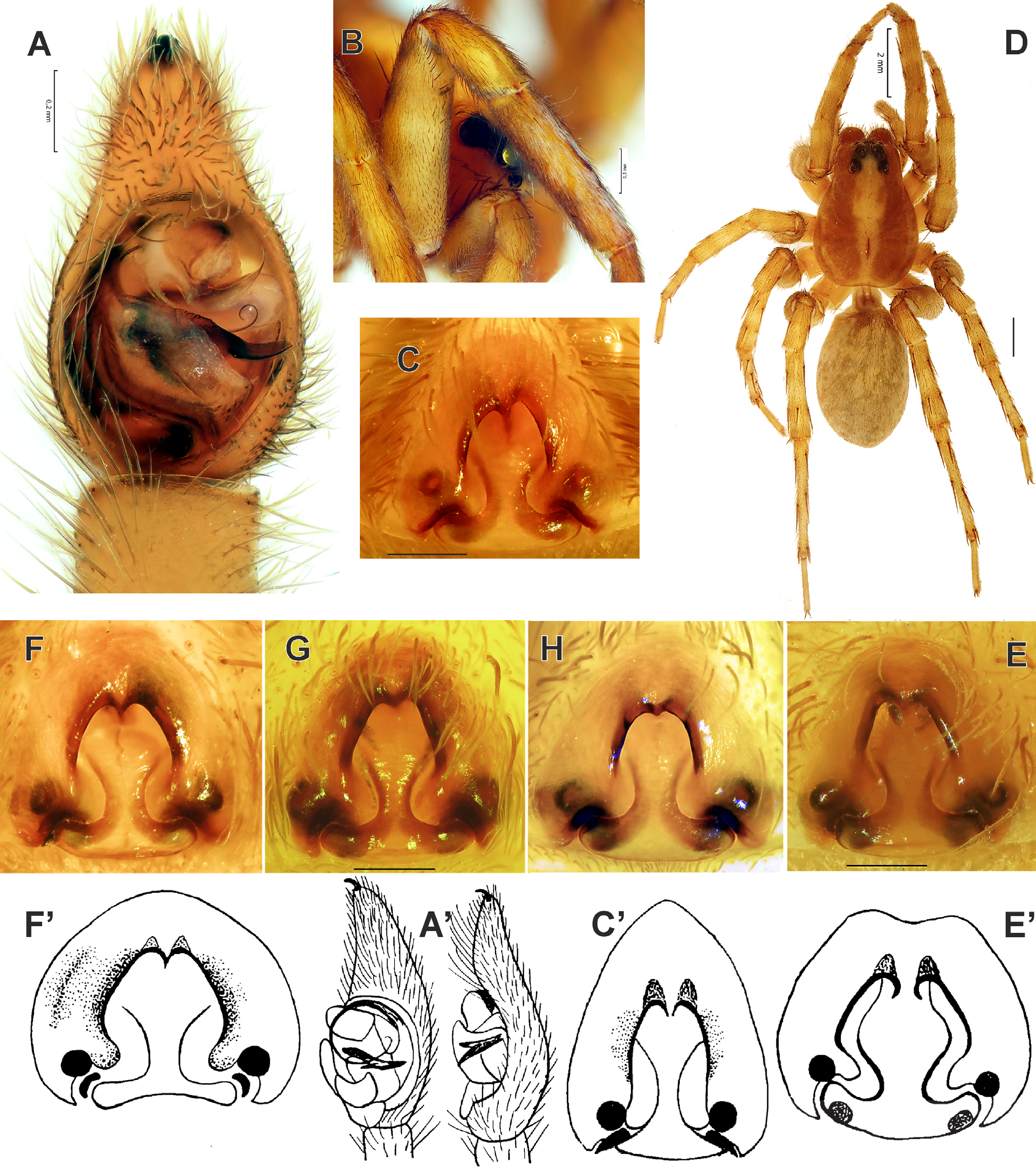 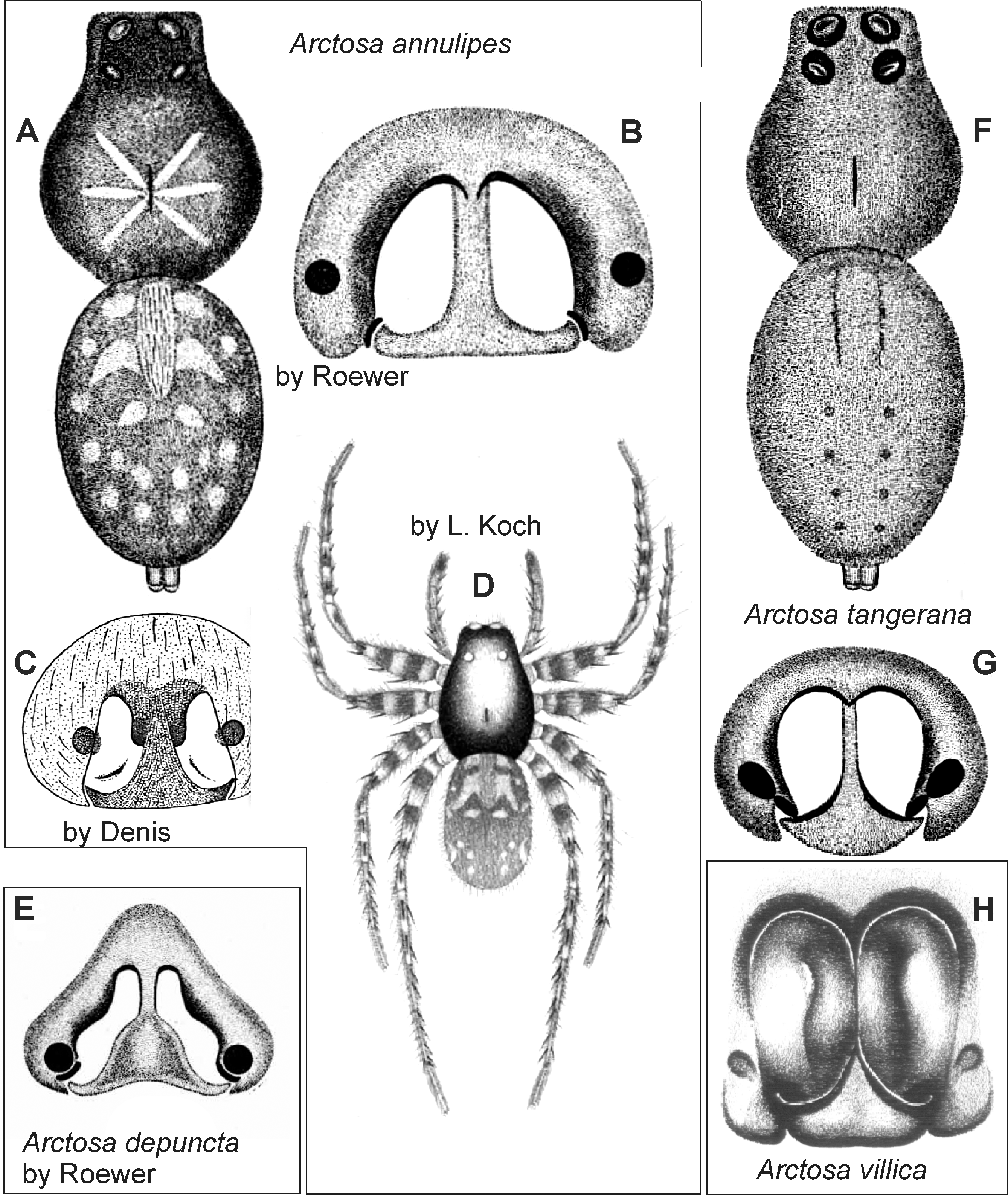