On sandy and stony banks close to freshwater (the Jordan River, Sea of Galilee), especially in wadis. Also found in salty habitats close to the Dead Sea. Diurnal.

Throughout the year (records from February to December) ( Nussbaum 1987, own observations).

In Israel and Jordan along the Jordan Valley from the Hula Valley and the Sea of Galilee to the Dead Sea region, and in the Arava Valley. In Sinai on the Mediterranean Coast and in South Sinai ( Abdel-Dayem et al. 2003; Matalin and Chikatunov 2016; Nussbaum 1987).

In the southern Levant, both Calomera littoralis   Calomera winkleri   and Calomera aulicoides   occur. They live in sympatry in the north of Israel (in the Hula Valley: see records for C. littoralis winkleri   published by Matalin and Chikatunov 2016, and own records of C. aulicoides   from Nahal Guvta (= Wadi al-Hashabi, in some maps indicated as Wadi Guyta; close to the Banias, CAL), while further southwest they are (at least) parapatric with a distance of about 20 km (Tamra - Eilabun) between populations. Although both taxa are flight-active, no intermediate forms are known (in contrast to the form of the copulatory pieces in the Calomera littoralis   subspecies, see above). Calomera aulicoides   has a clear and easily accessible character for differentiation from C. littoralis   . While the latter one usually has three teeth on the inner side of the left mandible, C. aulicoides   has four of them (Figs 51 View Figure 51 and 52 View Figure 52 ; Matalin and Chikatunov 2016). Sometimes specimens of C. littoralis winkleri   have a small fourth tooth on the inner edge of the left mandible (Fig. 52 View Figure 52 ). However, these specimens do not represent hybrid populations as the copulatory piece of the median lobe of aedeagus does not show any intermediate characters. The lack of intermediate populations and the sympatric and parapatric distribution ranges in the southern Levant give evidence for the species status of both, C. aulicoides   and C. littoralis   .

It is possible that both taxa occur sympatrically in Jordan as well ( Ma’in Falls, Nasir and Katbeh-Bader 2017). We do not know any population of C. littoralis   from Jordan.

The external shapes of the median lobes of the aedeagi of both taxa do not differ strongly from each other (Fig. 40 View Figure 40 ), though the copulatory pieces are strongly differentiated (Fig. 42 View Figure 42 ). The sharp spines of the copulatory piece in these taxa may even act in a similar way to the spines of the endophallus in closely related Carabus   species of the subgenus Ohomopterus   , which seem to be an example of lock-and-key genitalia ( Sota and Kubota 1998). This is in contrast to most other animals, as in depth discussed by Eberhard (2010; 1985). Caution is necessary in postulating lock-and-key-functions for the genitalia in tiger beetles as we lack empirical evidence.

Moreover, we have to be cautious to establish species ranks solely based on the external shape of the median lobe of aedeagus. In this respect, clearly differentiated taxa of ground beetles can have an excessive geneflow (e.g. Matern et al. 2011).

The change in the taxonomic rank of C. aulicoides   stat. rest. indicates the need for a revision of the entire C. littoralis   group. As a recent phylogeographic study from southeastern Europe reveals, molecular approaches can help to solve the taxonomic chaos in this group with its overlooked or neglected taxa ( Jaskuła et al. 2016).

Not threatened in Israel or Jordan. Still widely distributed in the Sea of Galilee region and in the wadis around the Dead Sea, also in strongly grazed habitats. 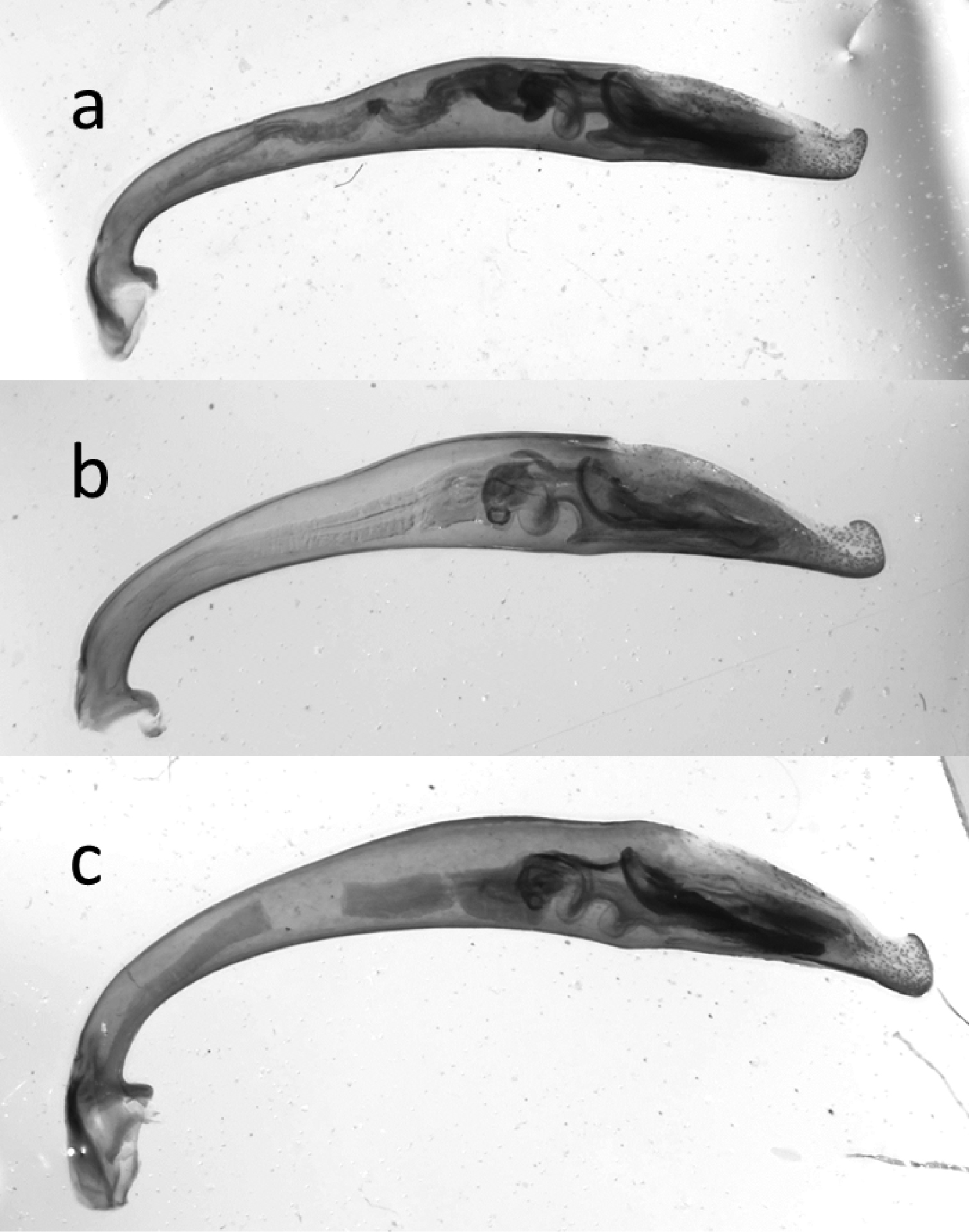 Figure 40. Median lobes of the aedeagus of species of the Calomera aulica group: a C. aulica b C. diania c C. aphrodisia. 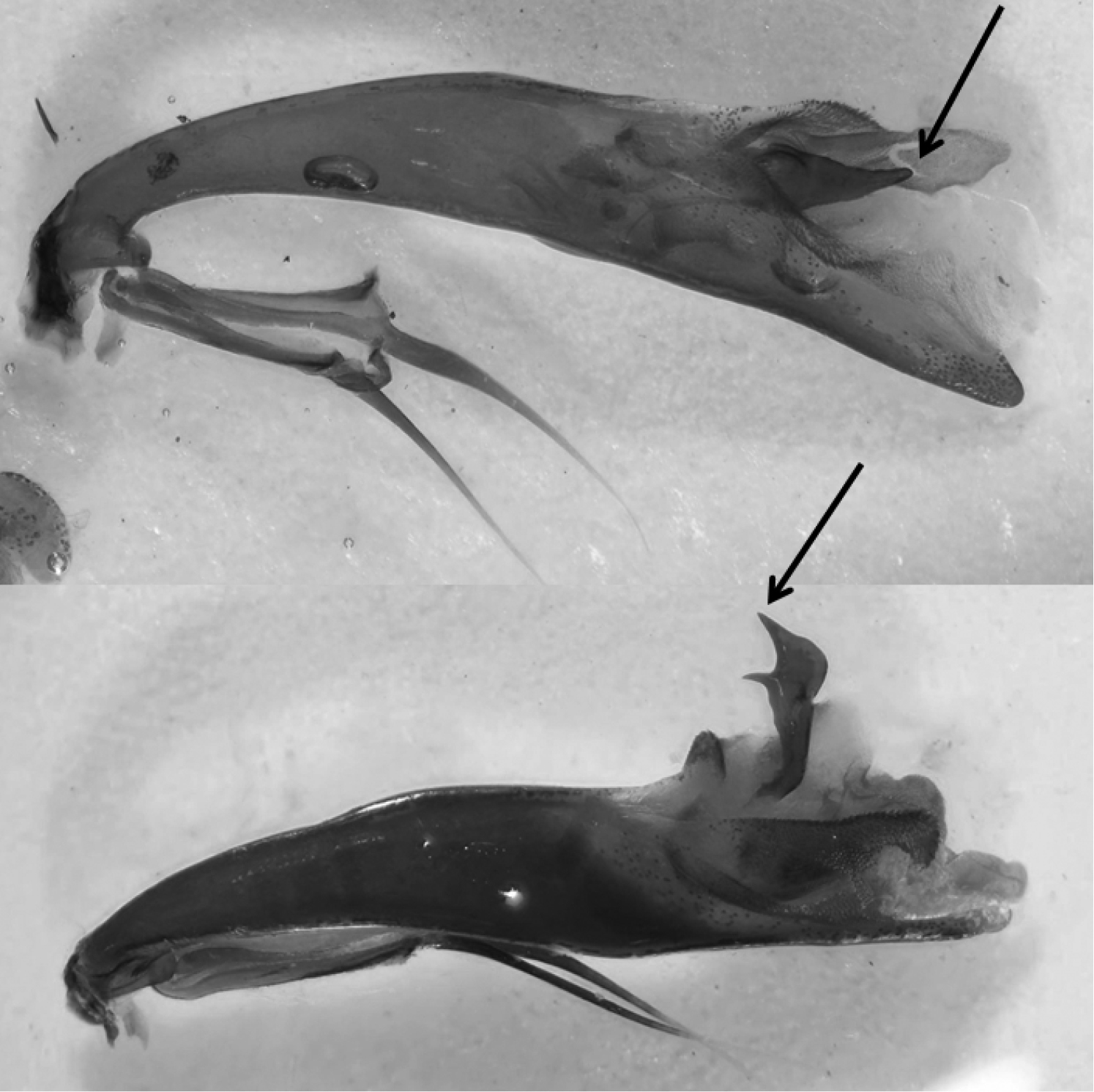 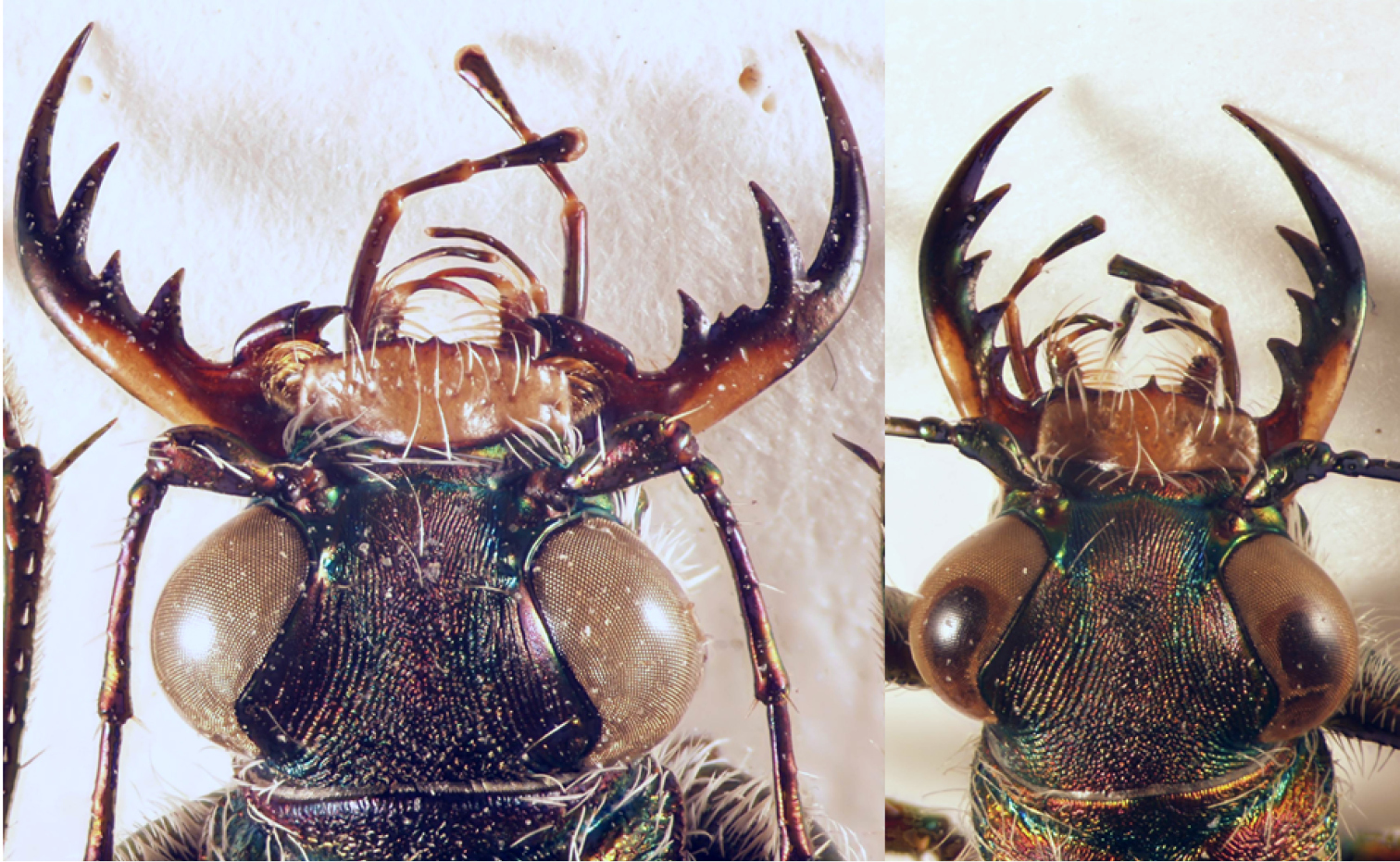 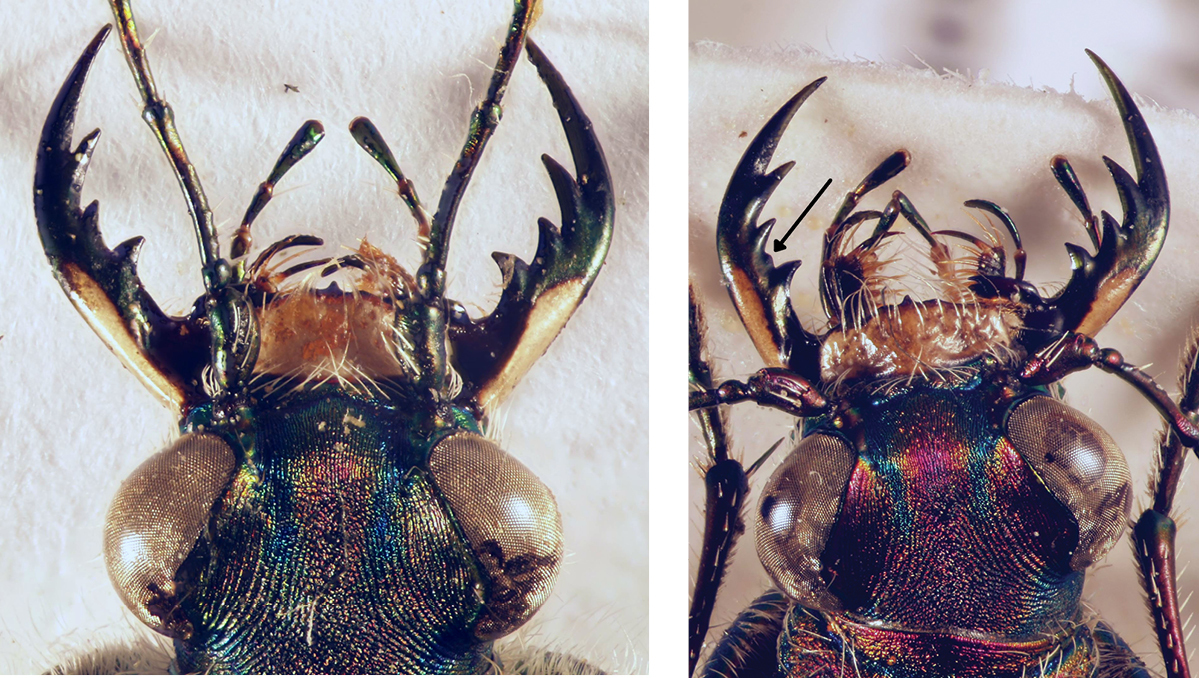