Studied material. Types of both species held in the collection of the Natural History Museum, London.

Both species were described together by Hille Ris Lambers (1974) from apterous viviparous females (four of A. mulini   and two of A. mulinicola   ), which were caught at the same time by D.C. Lloyd on Mulinum   sp. in the same locality, which is described as “Bariloche, Patagonia” from the slide labels written by Hille Ris Lambers and as “Bariloche, Patagonia”, “Bariloche, Neuquen ” and “Bariloche, Neuqen” in his paper. San Carlos de Bariloche is in the province of Rio Negro, by the border of this province with Neuquen province. This is the only known locality for both species ( Fig. 1 View FIGURE 1 ).

The descriptions (text, tables and drawings) by Hille Ris Lambers are very similar which suggests that they may be specimens of only one species, but we cannot prove this without further specimens to study. 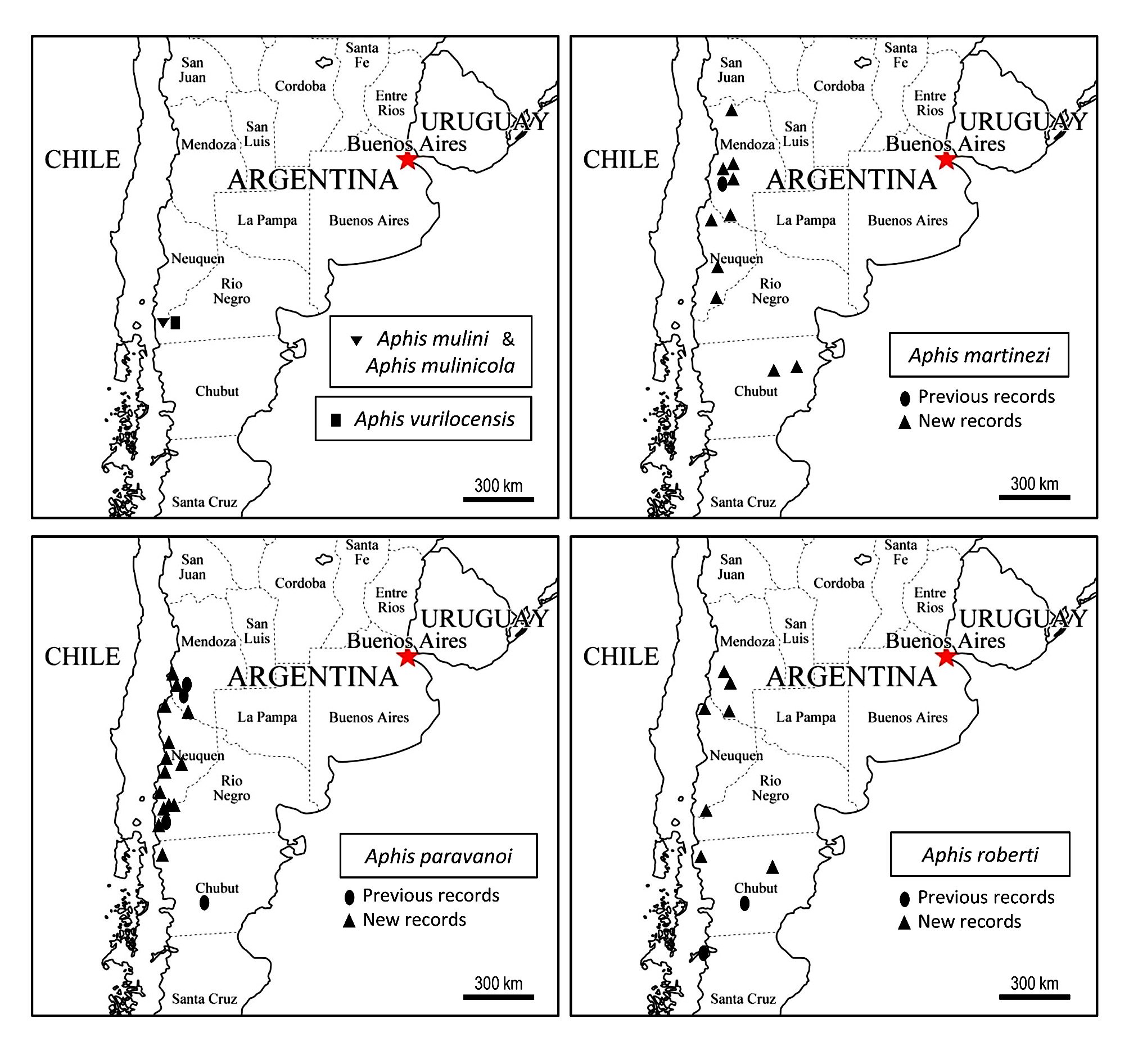 FIGURE 1. Partial maps of South America with the approximate position of the localities in which specimens of Aphis species living on Mulinum have been recorded.