(non-barcoded). Numerous dissected specimens from Denmark were examined in the collection of NHMD.

Trichiusa robustula   is a Nearctic species that is broadly distributed in eastern North America but not well collected. It was previously recognized under the synonym T. immigrata   Lohse in the West Palaearctic (Europe, Canary Islands, Madeira; Newton 2019), where it is adventive.

When describing his new species, Lohse (1984) noted that it must have originated from North America, since Trichiusa   is otherwise endemic to that region. Lohse (1984) stated that T. immigrata   was compared with types of North American species described by Casey (1893), but this taxon is a morphological and molecular match to T. robustula   . Although most of the specimens collected in North America are bicolored (reddish/dark), study of extensive material from Denmark (NMHD) revealed a grade between fully dark brown to reddish/dark bicolored. Trichiusa robustula   is distinctive for the shape of its spermatheca, which bears a rectangular capsule, and stem that has a single 180-degree bend followed by a twisted apical portion (Fig. 36C View Figure 36 ). The figure of the spermatheca in Klimaszewski et al. (2018) is atypical (Fig. 36C View Figure 36 ) and the original illustrations in Brunke et al. (2012), reproduced here (Fig. 36D, E View Figure 36 ), better show these features. 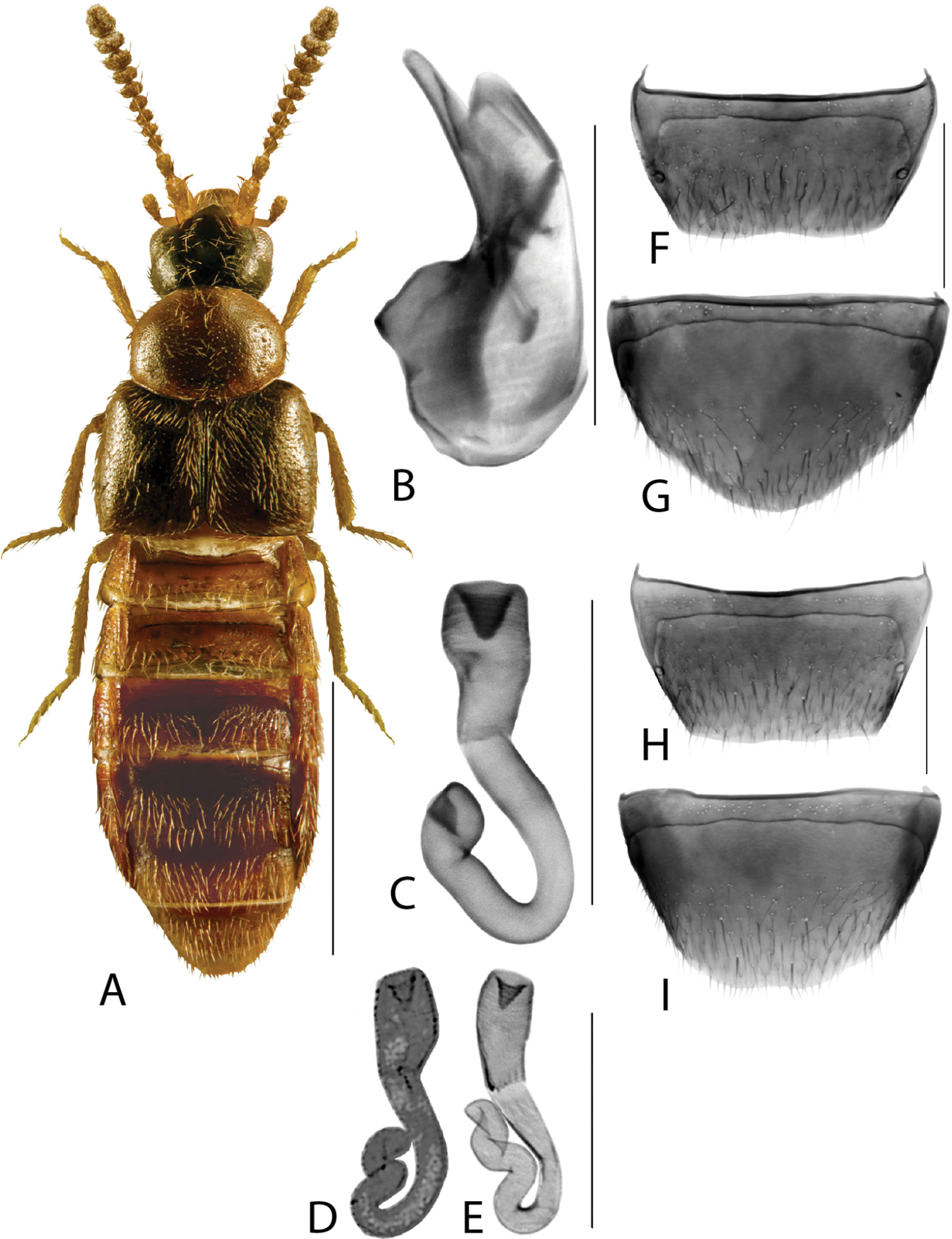