In Ukraine, Z. longissimus   reaches the eastern border of the European part of its range ( Böhme 1993). Populations are concentrated mainly in the western part of the country; most individuals were recorded from Transcarpathia ( Szczerbak and Szczerban’ 1980; Darevsky and Orlov 1988). In the Middle Dniester region it is extremely rare or has completely disappeared ( Dotsenko et al. 2013); there is also a stable population quite remote from the main part of the range in the valley of the Southern Bug River ( Dotsenko and Radchenko 2005; Bilyakov and Tarashchyuk 2008; Dotsenko et al. 2013; Sillero et al. 2014; Suriadna et al. 2018; Voblenko et al. 2019). Records for the Mykolaiv Oblast seem distributed rather sparsely. Our records were from Mygiya to the village of Semenivka. Also, in September 2020, two adults were found near Yuzhnoukrainsk. The population is distributed in warm forested areas with hilly or rocky habitats with proper insolation and varied vegetation (Fig. 10B View Figure 10 ). A population was reported from the Trykratskyi Forest (UkrBIN ID #113093). 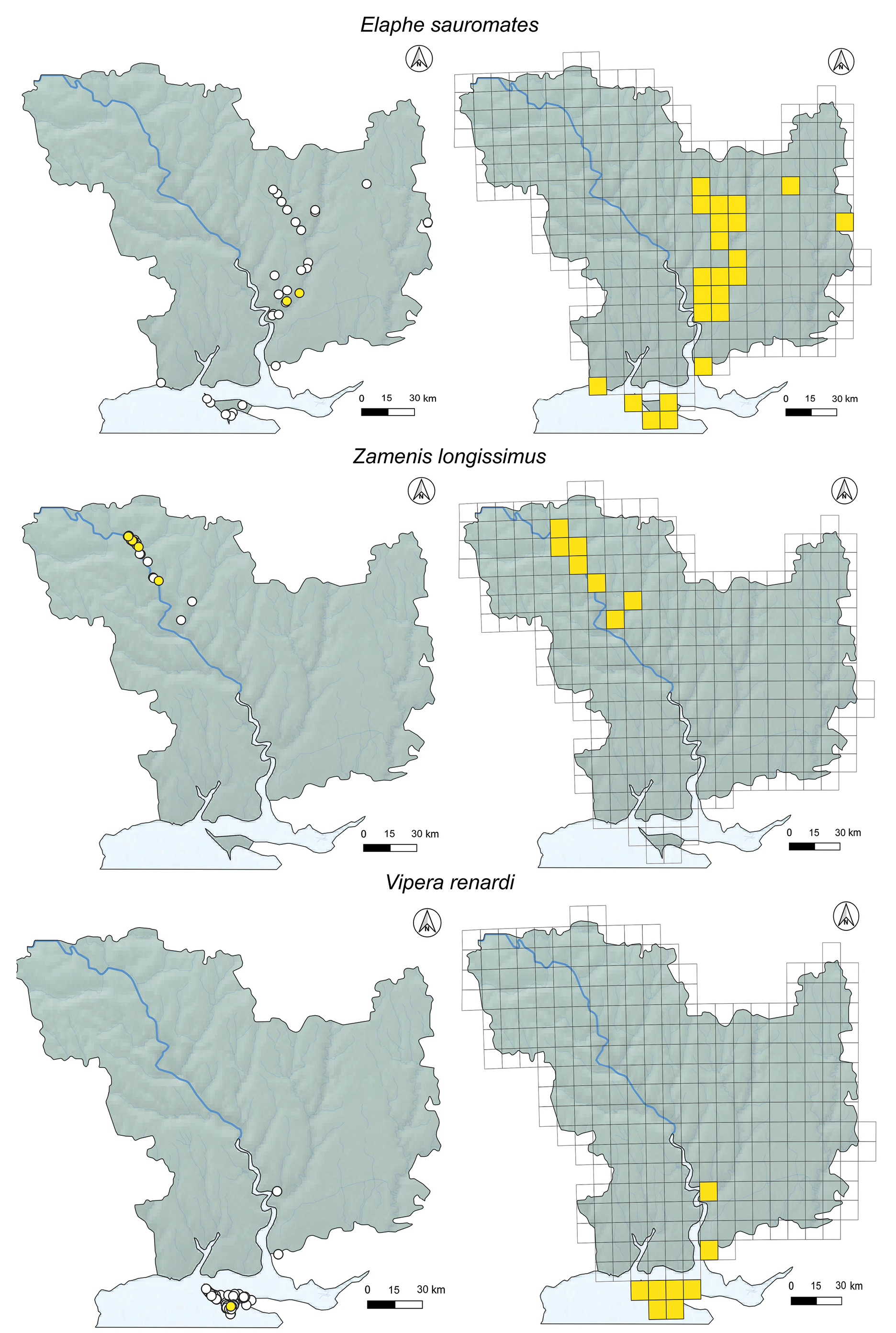 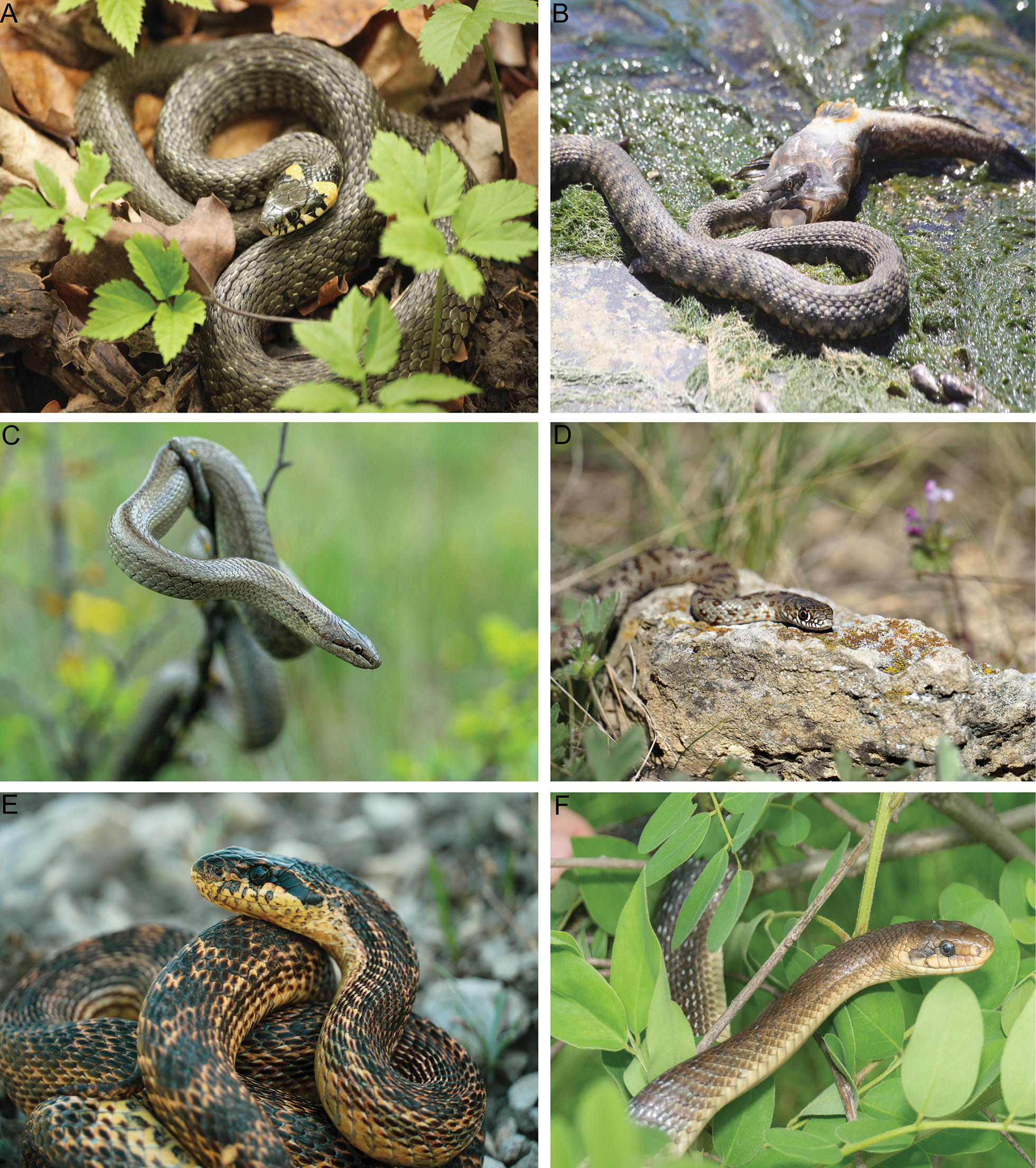 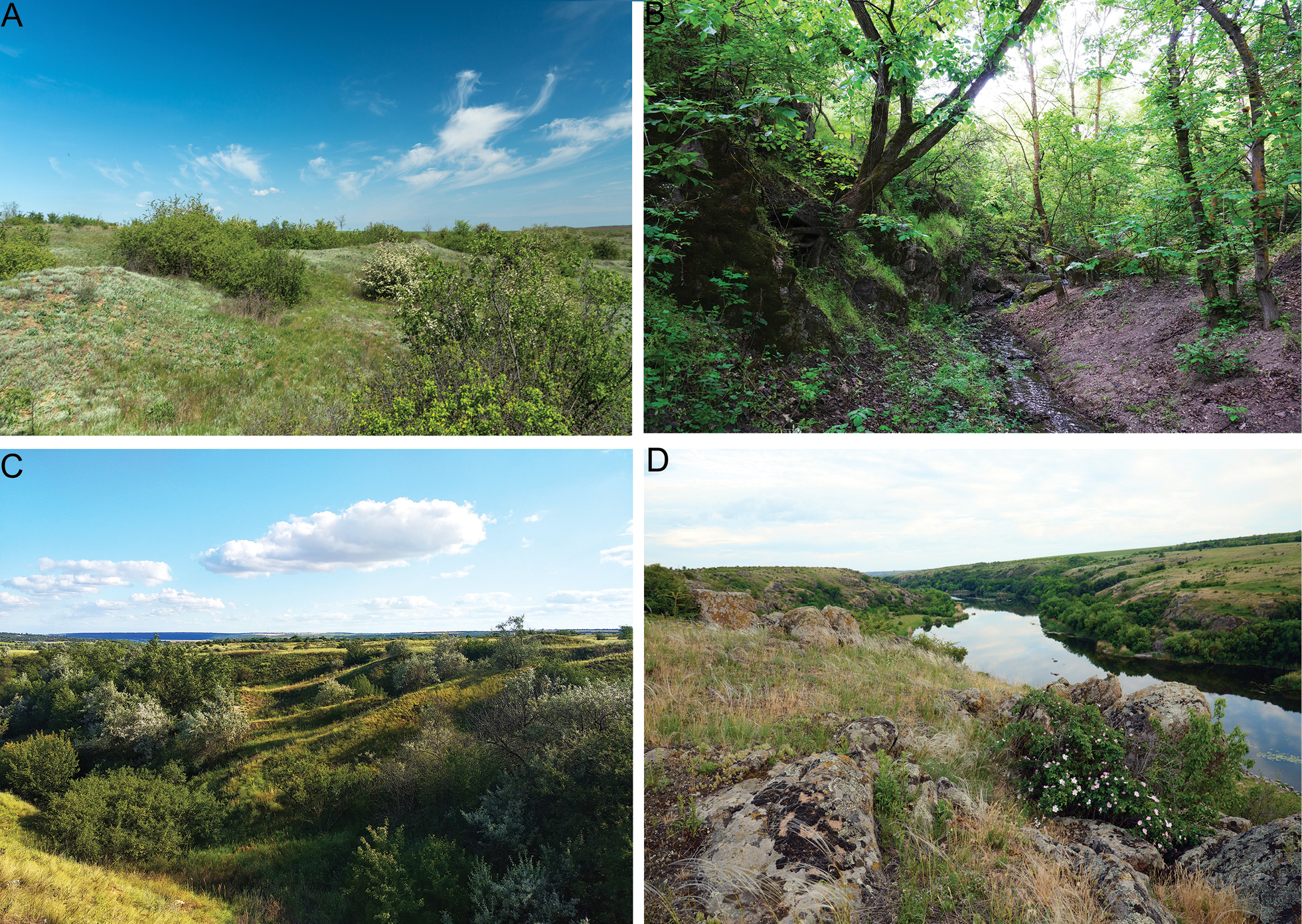