Habitat. The species was found in muddy banks of the Shat Al Arab and Bahmanshir rivers, where it digs burrows. Type material was collected from Ashar Creek near Basra (the Euphrates River) about 96 km from the sea in fresh water ( Calman, 1920). Apel & Türkay (1999) examined several other specimens deposited in the British Museum of Natural History in London, which were found together with Parasesarma plicatum  in the same jar labelled as collected from “FAO” (M. Apel, personal communication). Fao is official pronunciation of Al Faw, a city about 20 km from the sea. Apel & Türkay (1999) mentioned that at this station which located at the mouth of the river, C. boulengeri  coexists with P. plicatum  . All recently collected adults of C. boulengeri  , however, show complete independence from the sea, and it would not be possible to explain its range extension down these rivers. So far, it has been clear that this species shows no coexistence with P. plicatum  , which lives in the downstream areas of the river.

Molecular results. The molecular dataset consisted of 615 aligned characters of which 479 were conserved, 99 variable, and 53 parsimony-informative. GTR+G+I with a gamma shape of 0.468 and an invariable proportion of 0.538 was selected as the best-fitting evolutionary model by MODELTEST and implemented for subsequent Bayesian analysis. The tree topology was in agreement with the one of the Maximum Composite Likelihood which is shown in Fig. 4View FIGURE 4 together with posterior probabilities and bootstrap values exceeding 50 %. According to this phylogeny, the genus Chiromantes  is a paraphyletic assemblage including in close relationship representatives of the genera Sesarmops  and Bresedium  . Most derived seem to be the East African species C. eulimene  and C. ortmanni  . This confirms the need of revision of this large genus (see Ng & Liu, 1999; Ng & Schubart, 2003; Ng et al., 2008; Ng & Schubart, in progress). The species Chiromantes boulengeri  currently holds an outgroup position to a clade comprised of C. haematocheir  (type species of the genus), C. dehaani  , and Sesarmops intermedium  . Apparently, no closely related species to C. boulengeri  nor to Bresedium brevipes  was among the here sampled taxa. Thus, there is no evidence for a close genetic relationship between the morphologically similar species C. boulengeri  and C. dehaani  , but rather a clustering according to geography of all the East Asian species, where a radiation of crabs from mangroves and estuaries may have taken place. This will be analysed further with additional representatives. The two sequence of C. boulengeri  are genetically identical, confirming conspecific status of Calman's (1920) type from Basra ( Iraq) and the new material from Iran and the lack of genetic differentiation between river systems, probably due to the marine larval dispersal within the Persian Gulf.

Taxonomic remarks. The taxonomic position of C. boulengeri ( Calman, 1920)  is not clear. It was described by Calman (1920) as Sesarma boulengeri  , but Apel and Türkay (1999) placed it in Chiromantes Gistel, 1848  , by referring to a comment by Holthuis (1977). A useful account of Chiromantes  has been provided by Ng & Liu (1999) who argue that the species composition of the genus is heterogeneous. In their paper, they commented that the species can roughly separated into two broad groups, with smaller groupings within each. One subgrouping includes Sesarma elongatum A. Milne-Edwards, 1869  which more recently is recognised as a member of the genus Selatium Serène & Soh, 1970  (see Hartnoll 1975; Ng et al. 2008; Schubart et al. in press), with the others in another group. A complete revision of Chiromantes  is now being undertaken by P. K. L. Ng and the second author of the present paper.

In view of the genetic information and the upcoming revision of Chiromantes  , it seems best to leave Sesarma boulengeri  in the genus for the moment (cf. Ng et al. 2008). 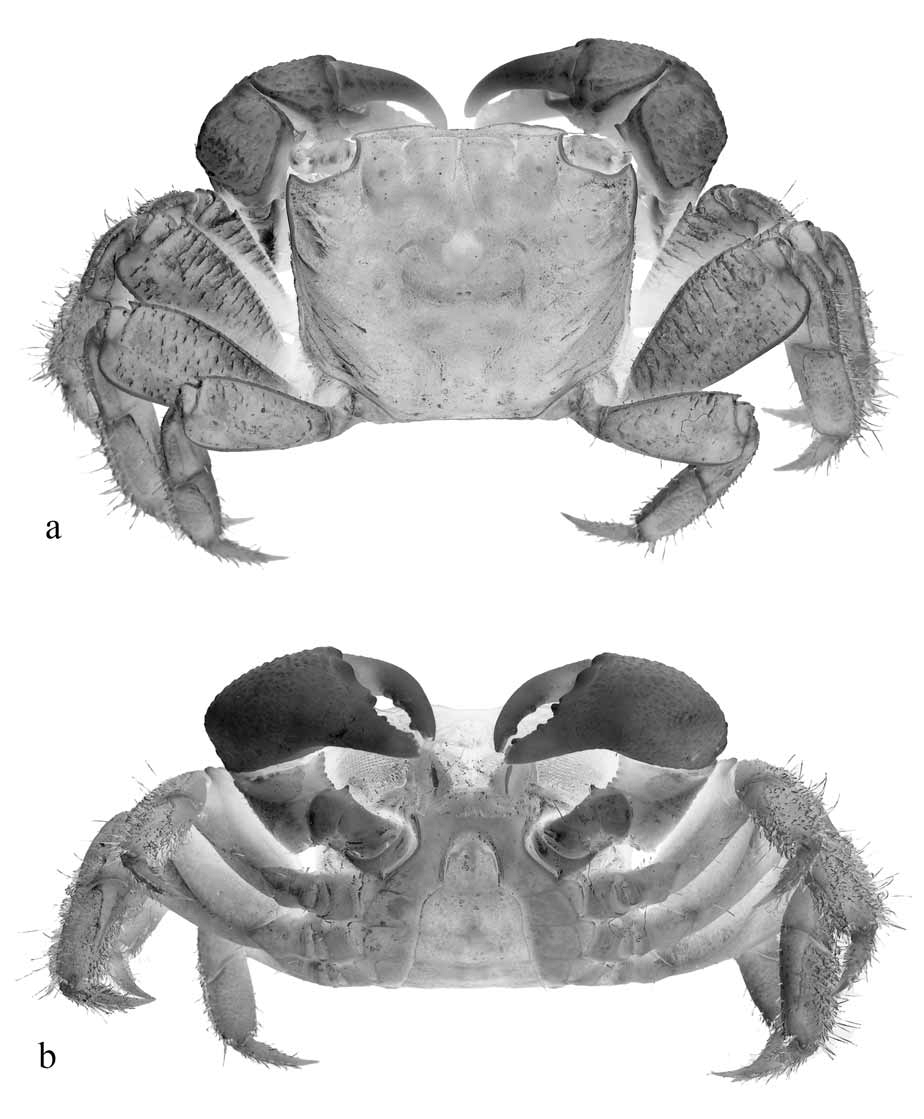 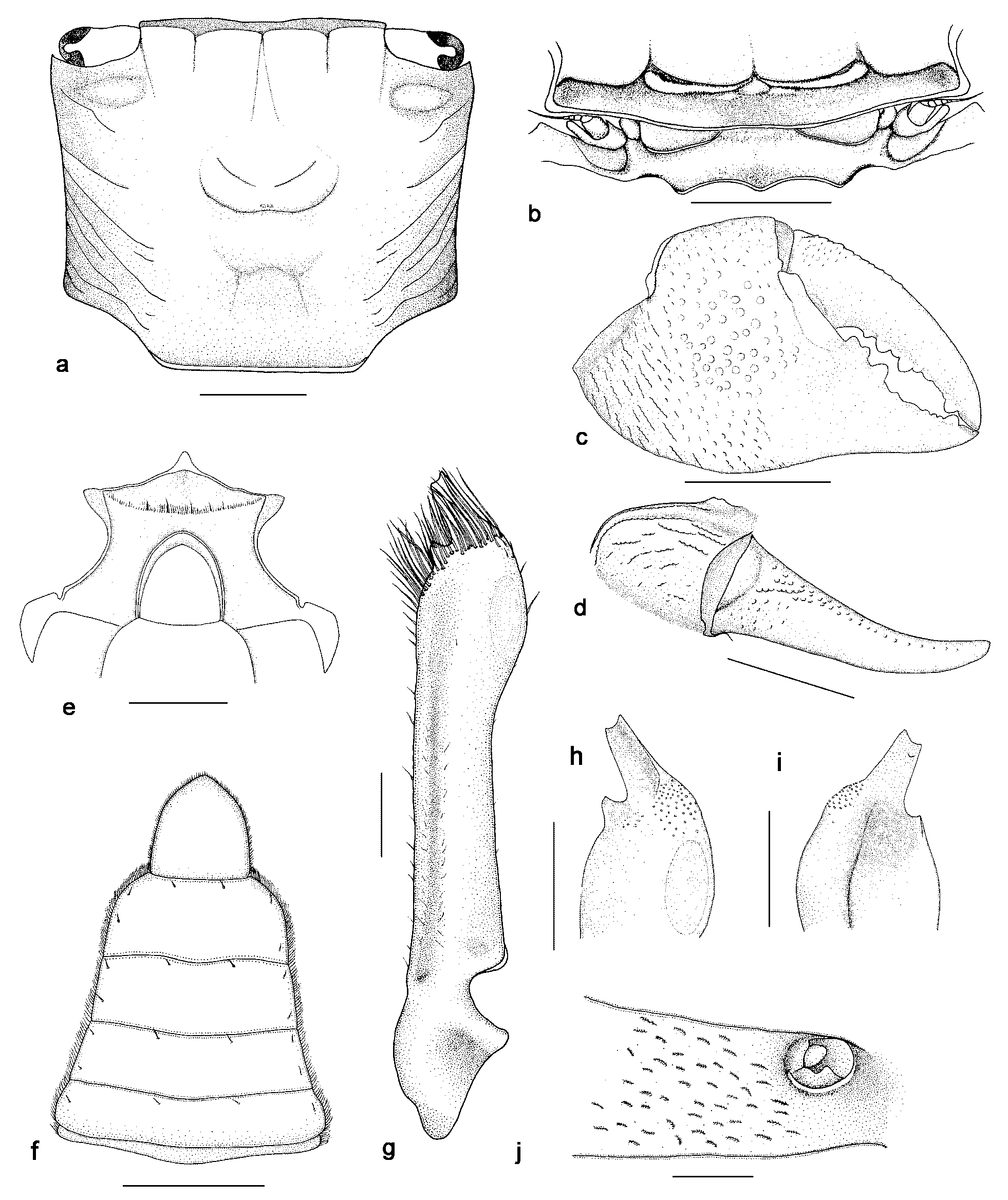 FIGURE 4. Reconstruction of the phylogenetic relationships of selected species of Chiromantes and other Sesarmidae according to a Bayesian analysis (5 my generations) and Maximum Composite Likelihood (5,000 pseudorepilcates) of a 615 basepair alignment of 16 S ribosomal mtDNA. Consensus tree shown with bootstrap values / posterior probabilities expressing support for the corresponding clades.