Etymology. This species is named after Wanda Wesołowska, honouring her great contribution to arachnology and to the taxonomy of Salticidae  in particular, and on the occasion of her 70 th birthday.

Habitats. This species was collected either by bark spraying with repellent or in forest litter.

Distribution. All records of this species are from the South part of the Maritime Province.

Remarks. There are several families of spiders occurring in the southeastern Palaearctic (NE China, Korea, Japan, and the southern part of Russian Far East) and the Nearctic, but most of them also occur in the western Palaearctic (e.g., Atypidae  , Ctenidae  ( Anahita Karsch, 1879  ), Cybaeidae  , Leptonetidae  , Nesticidae  , Oonopidae  and Theridiosomatidae  ) and have a disjunction in Central Asia, Mongolia and Siberia ( Marusik & Kovblyuk 2011). However, one family has a similar distribution to Cybaeota  : Antrodiaetidae  are known from the Nearctic and southeast Palaearctic only. Its type genus, Antrodiaetus Ausserer, 1871  , is represented in Asia by two species in Japan and 12 in the United States ( WSC 2020). Another family, Hypochilidae  , displays a similar distributional pattern: its type genus, Hypochilus Marx, 1888  , is represented by 10 species in North America and two species of another hypochilid genus, Ectatosticta Simon, 1892  , are known from China. The micronetine genus Arcuphantes Chamberlin & Ivie, 1943  ( Linyphiidae  ) also displays a similar range, with 12 species known in the Nearctic and another 39 in Far East Asia. It is likely, however, that the Asian and American species are not congeneric.

The apparent distribution of Cybaeota  is a little bit unusual: only one species has been found in Asia (and only in the Russian part of the southeastern Palaearctic) and the genus is unknown in adjacent China, Korea or Japan.

A review of other groups of arthropods reveals that a similar distribution pattern is not uncommon among other arachnids and insects. A peculiar genus of harvestmen, Caddo Banks, 1892  ( Caddidae  ), has two species, C. agilis Banks, 1892  and C. pepperella Shear, 1975  , both of which are known in Sakhalin, Japan, and across the United States. The mite genus Yachatsia Cook, 1963  ( Hydrachnidae  ) ( Abé 2019), cockroach genus Cryptocercus Scudder, 1862  ( Cryptocercidae  ) ( Maekawa & Nalepa 2011), orthopteran genera Atlanticus Scudder, 1894  and Sphagniana Zeuner, 1941  ( Tettigoniidae  ) (Storozhenko, pers. comm.), and homopteran genus Pagaronia Ball, 1902  ( Cicadellidae  ) (Dmitriev, pers. comm.) have amphi-Pacific disjunctive ranges and do not occur in the more northern parts of the Pacific Region. 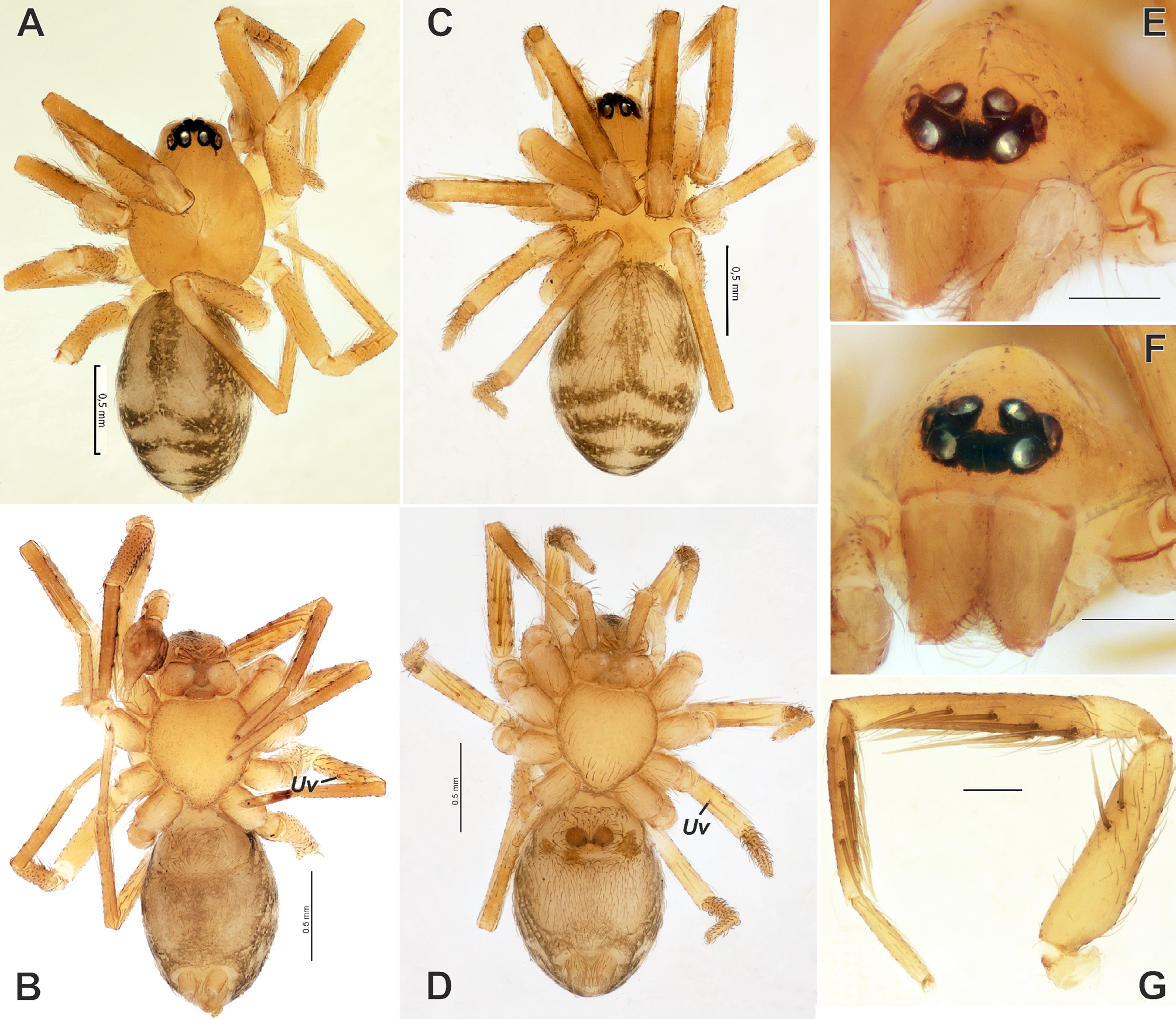