Etymology. The species name is from the Latin cuspidatus, which means pointed, referring to the pointed process on the valva.

Biology. Collecting data (April –November) suggests that the species may have two generations. 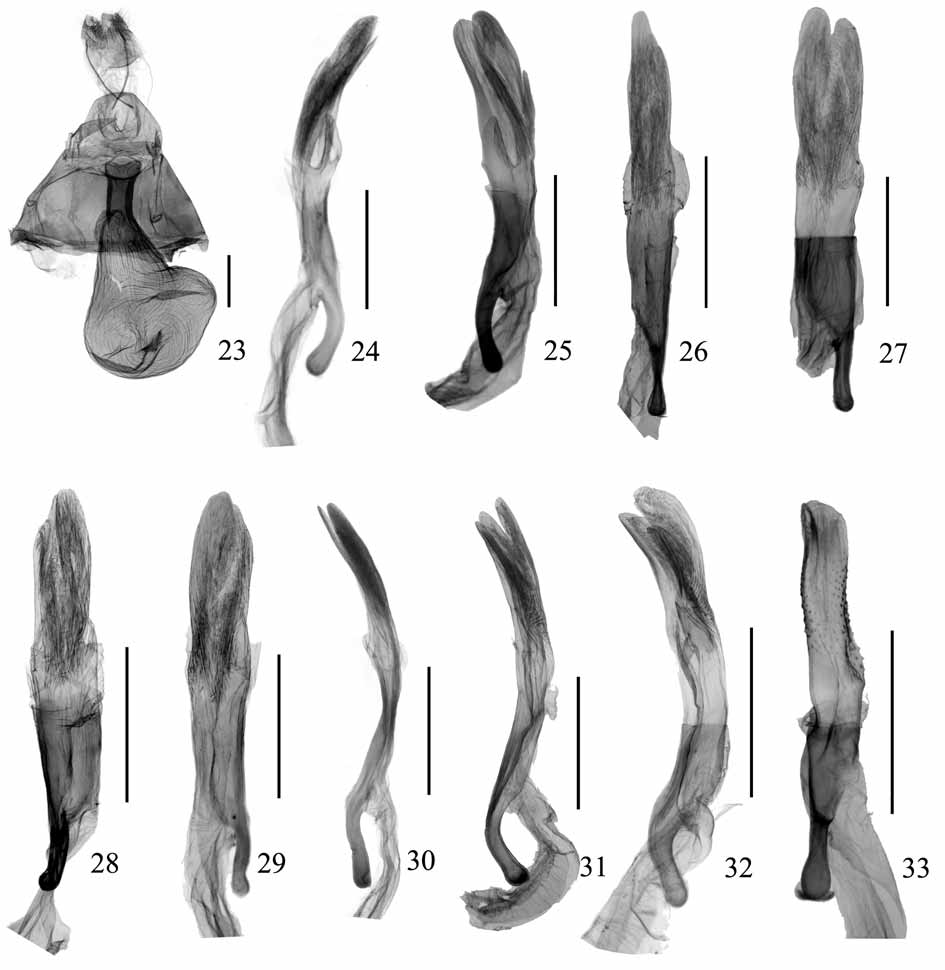