Coccoloba uvifera   is native to coastal beaches throughout tropical America and the Caribbean. It is wind- and salt-tolerant and very often planted in ornamental plantations in warm-temperate and subtropical areas across the world, especially near the coast. It is very commonly grown in the Canary Islands as well. Fruits (sea grapes) are produced abundantly and relatively easily germinate. However, since ornamental plantings usually are found in urban habitats, regeneration is rarely observed. When planted in more natural suitable habitats, C. uvifera   readily naturalises and is sometimes considered an environmental weed.

Despite being very commonly planted, the species had not been recorded so far as an escape in the Canary Islands until recently, when it was observed to copiously regenerate in two localities in La Palma ( Otto and Verloove 2016). In December 2019, a single self-sown shrub (flowering and fruiting) was observed growing on a sea cliff below a coastal path in Puerto de Santiago (Fig. 3 View Figure 3 ). It obviously escaped from a nearby plantation. For a number of reasons, a future local naturalisation in the Canary Islands is not unlikely: there is a climatic match, numerous suitable habitats and plenty of seed sources. 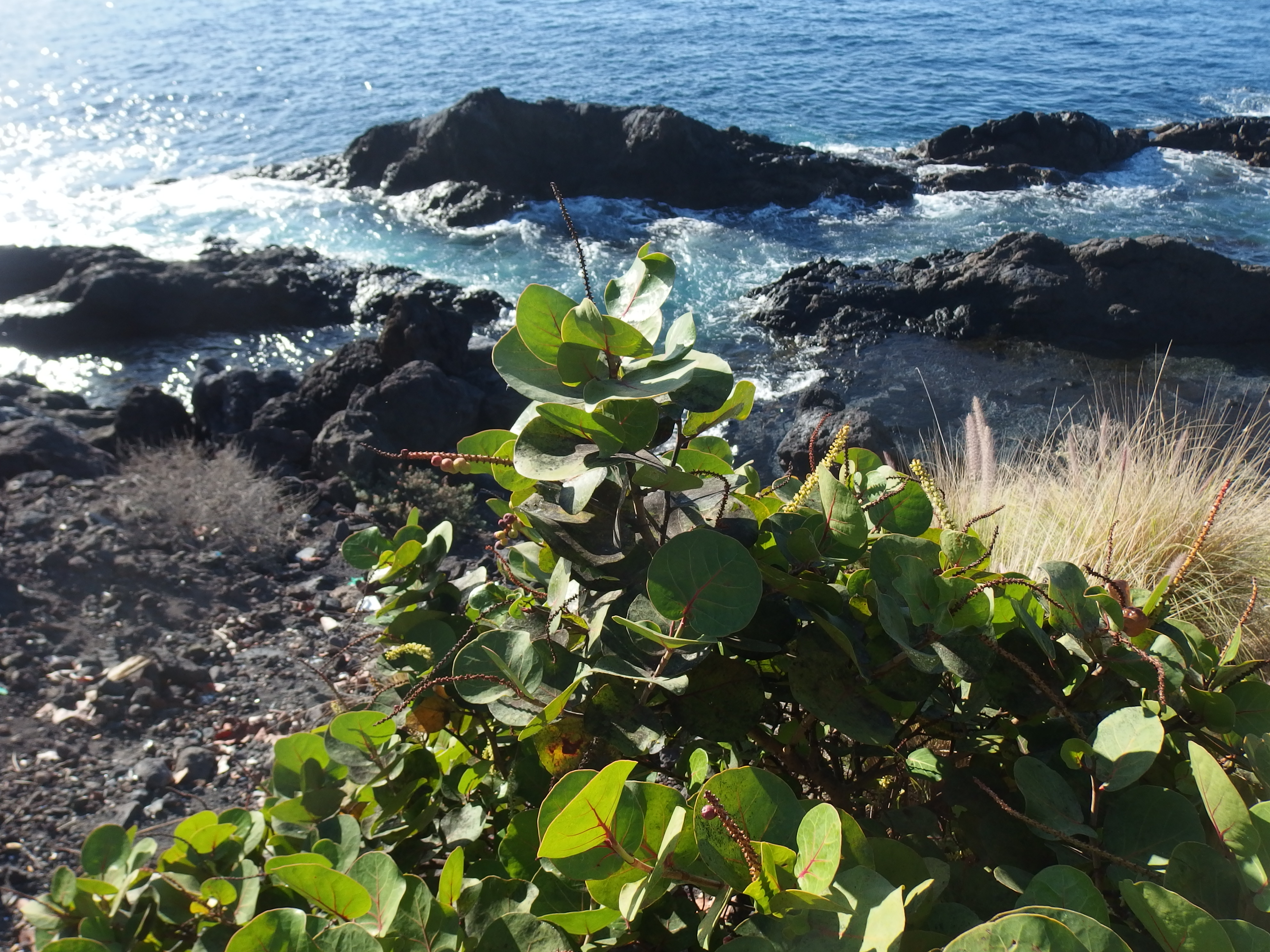