This species was recently described based on material collected in the state of Pará, northern Brazil and later reported from nearby localities (Magalh„es et al. 2016, Cunha & Juen 2017). Two apterous males of R. brunae were found among the material from eastern Venezuela, which expands the known distribution of the species more than 1500 km westward. 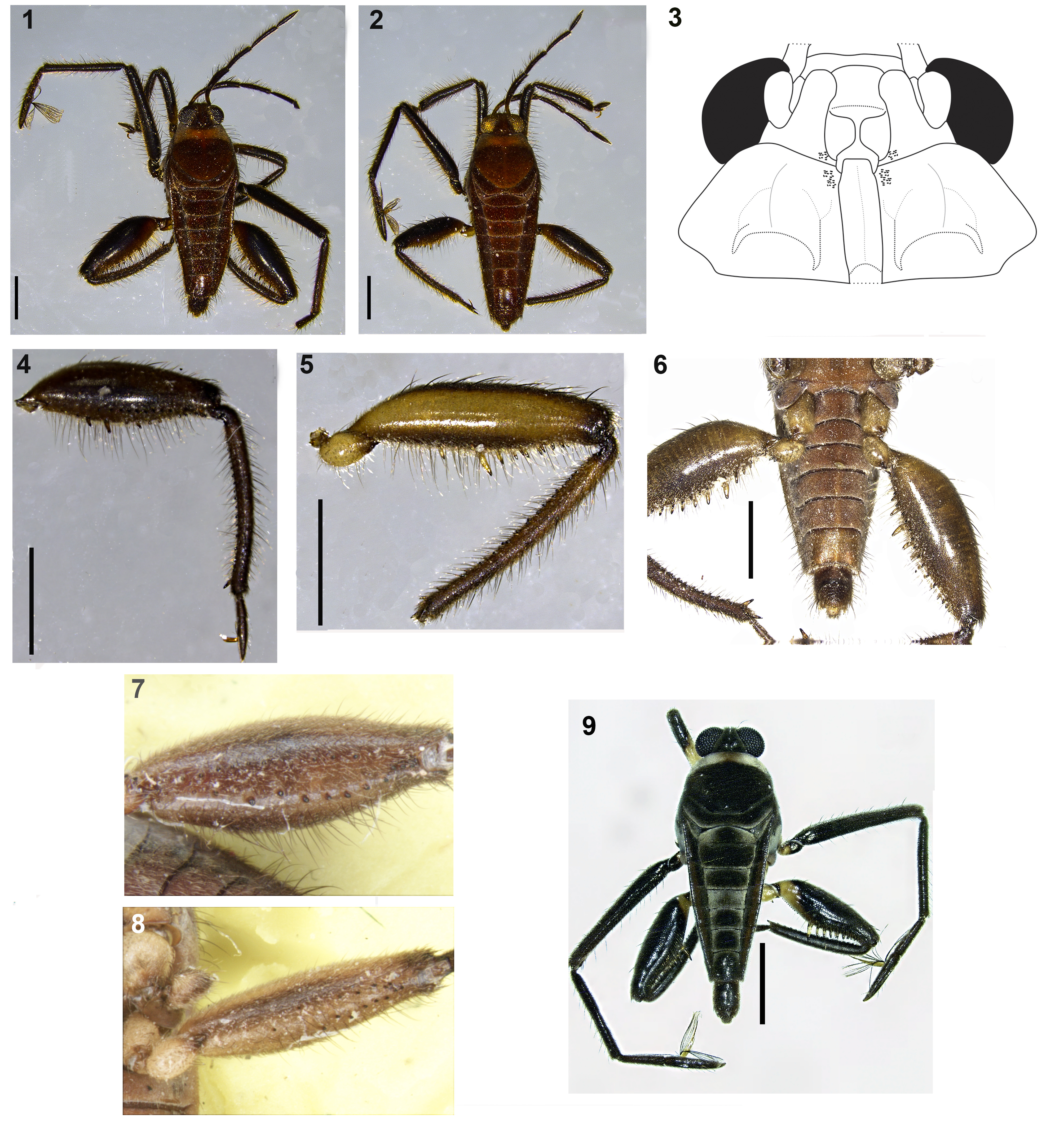